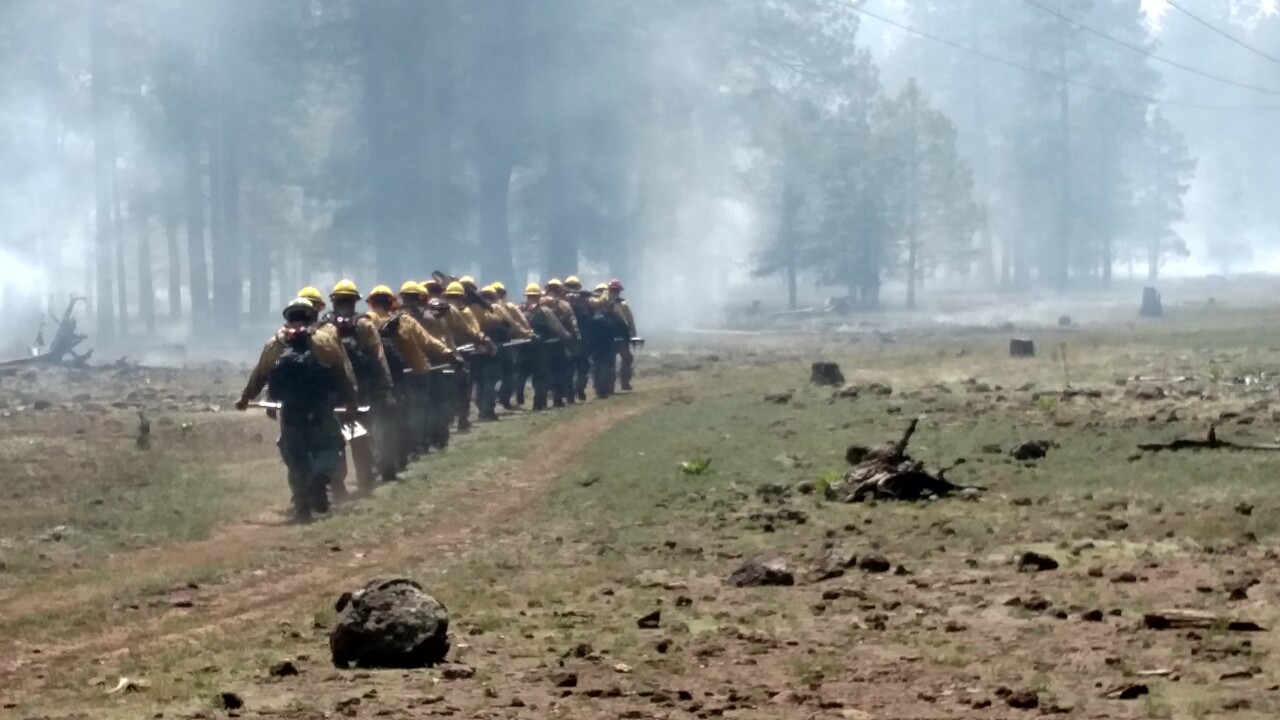 Arizona Department of Corrections
Inmates heading to battle wildfires in this July 2019 photo.

The Arizona Department of Corrections says 113 inmates from the Winslow, Florence, Lewis, Yuma, Tucson and Safford prisons have been deployed to fight the Bighorn Fire in Tucson and the Bush Fire in the Tonto National Forest.

The ADC says the inmates are all low-level offenders who have been trained to fight wildfires, with some earning advanced qualifications such as firefighter type 1, sawyer and crew boss.

Outside of fire season, the inmates work on brush abate efforts throughout the state, the ADC said in a news release.

The inmates are housed separately from other firefighter crews and are under strict precautionary protocols to limit the spread of COVID-19.