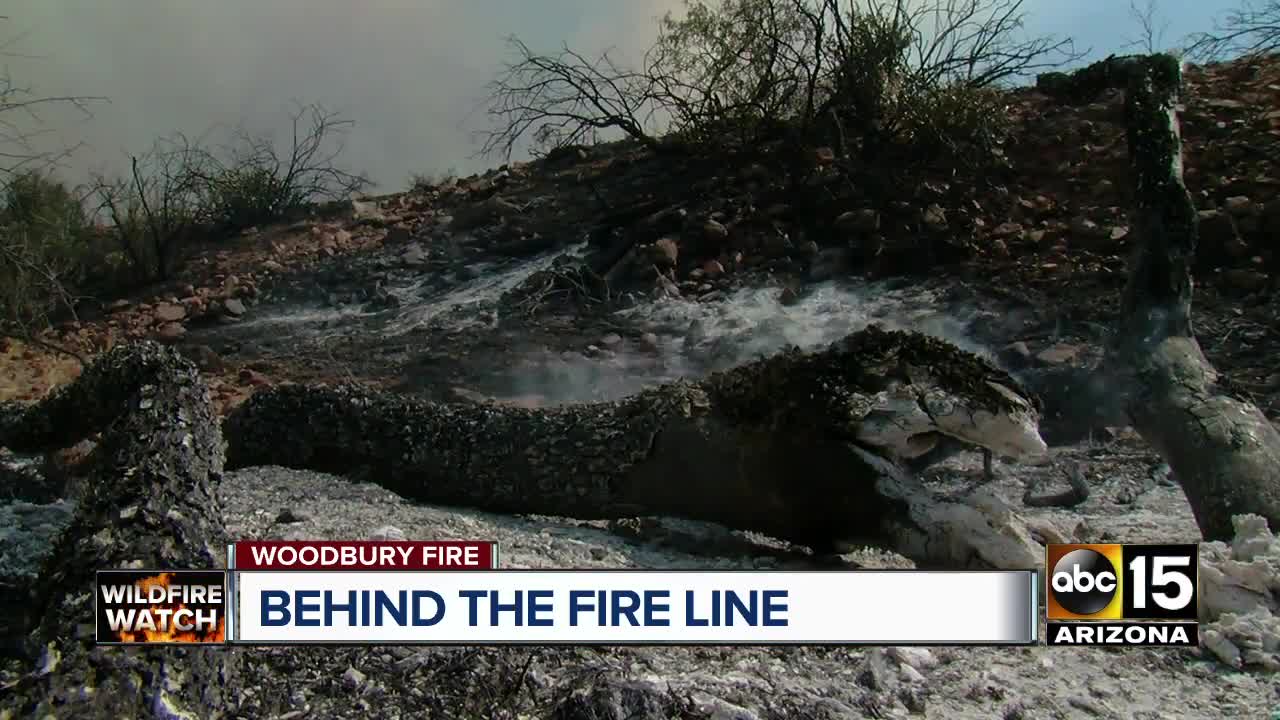 Hundreds of homes evacuated in fire in Superstition Mountains. 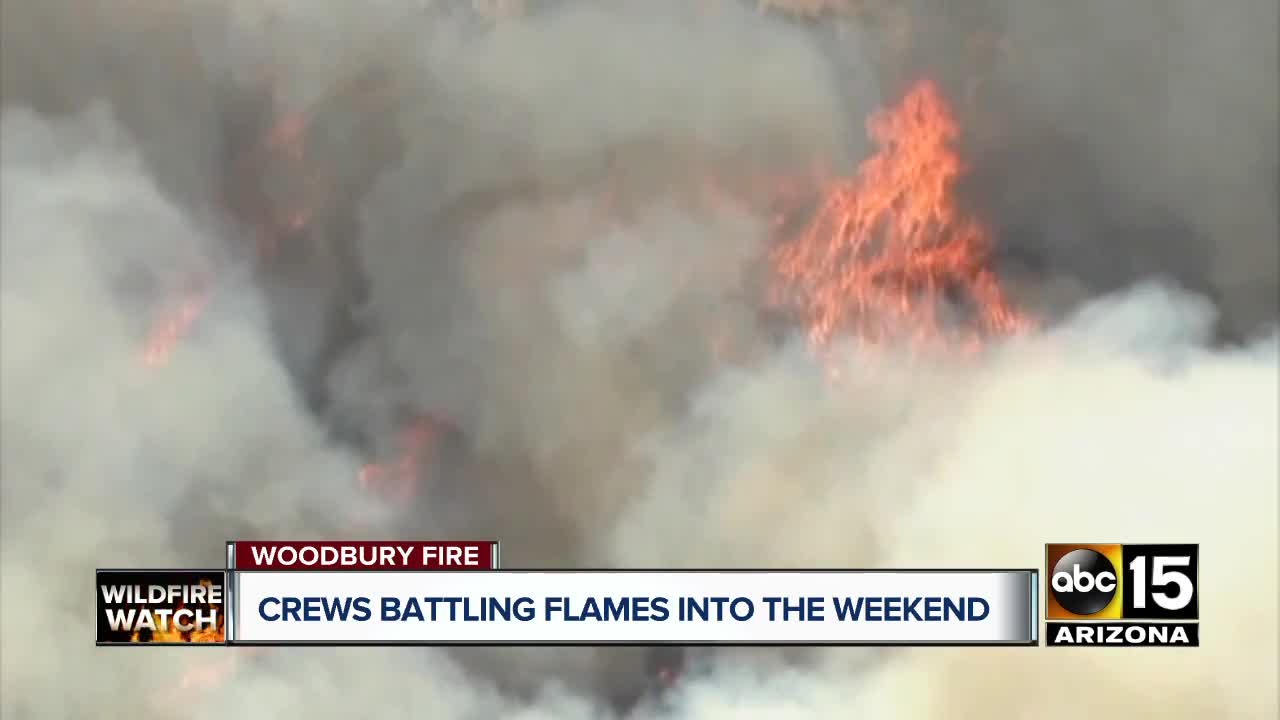 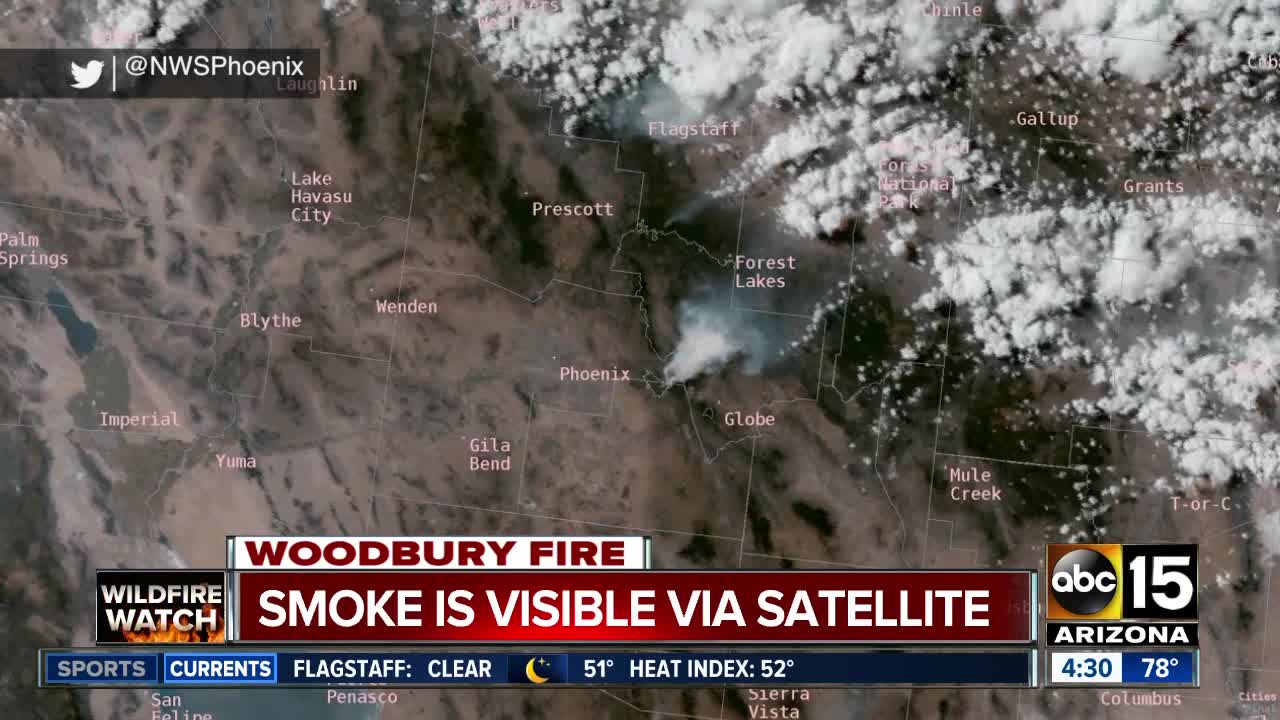 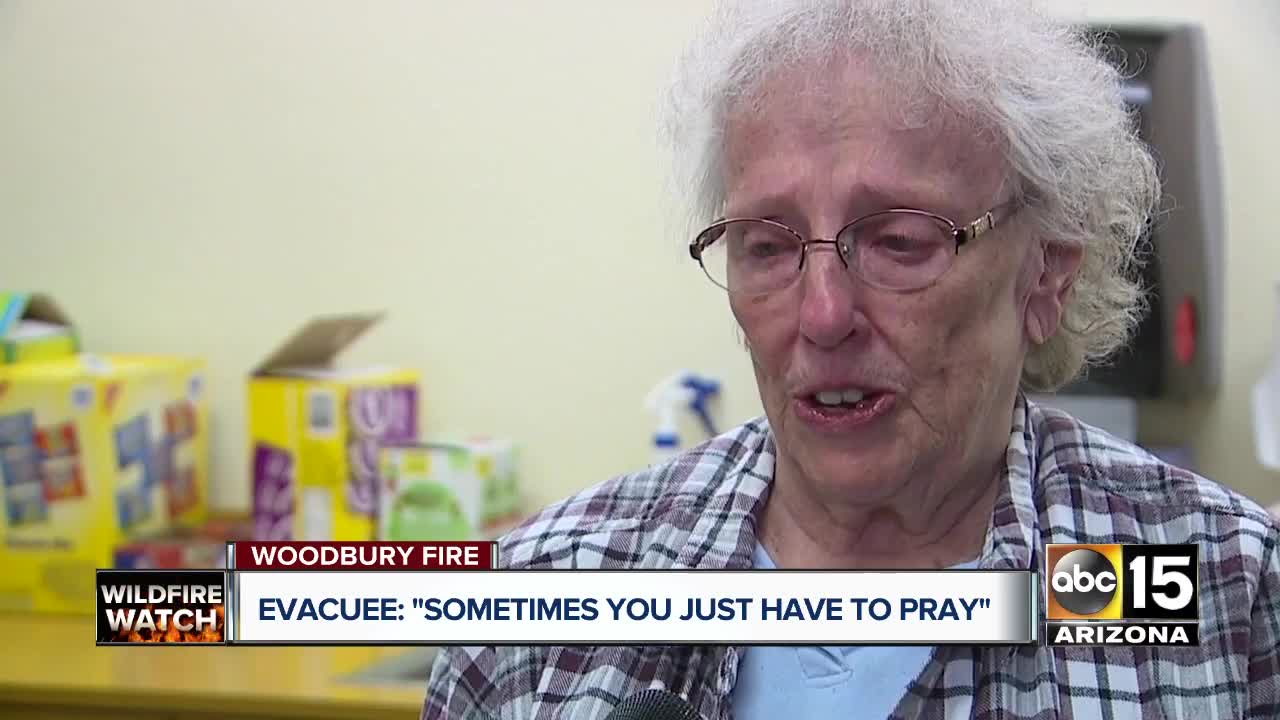 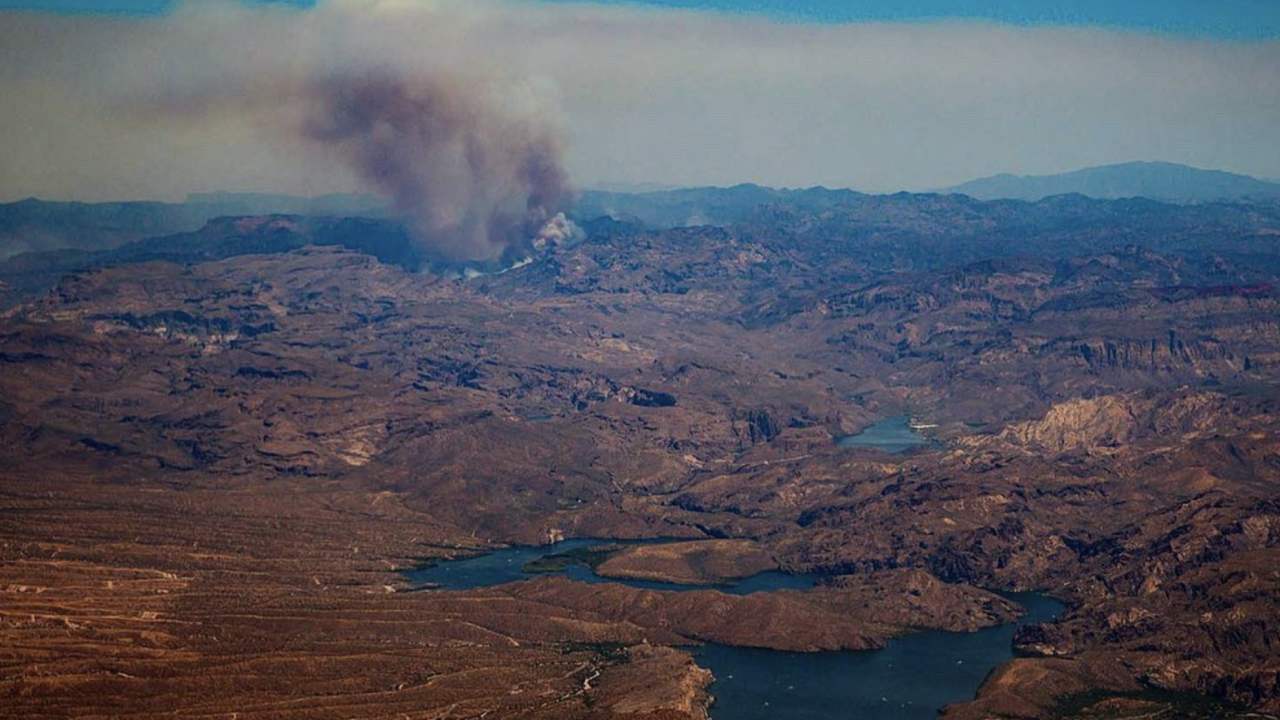 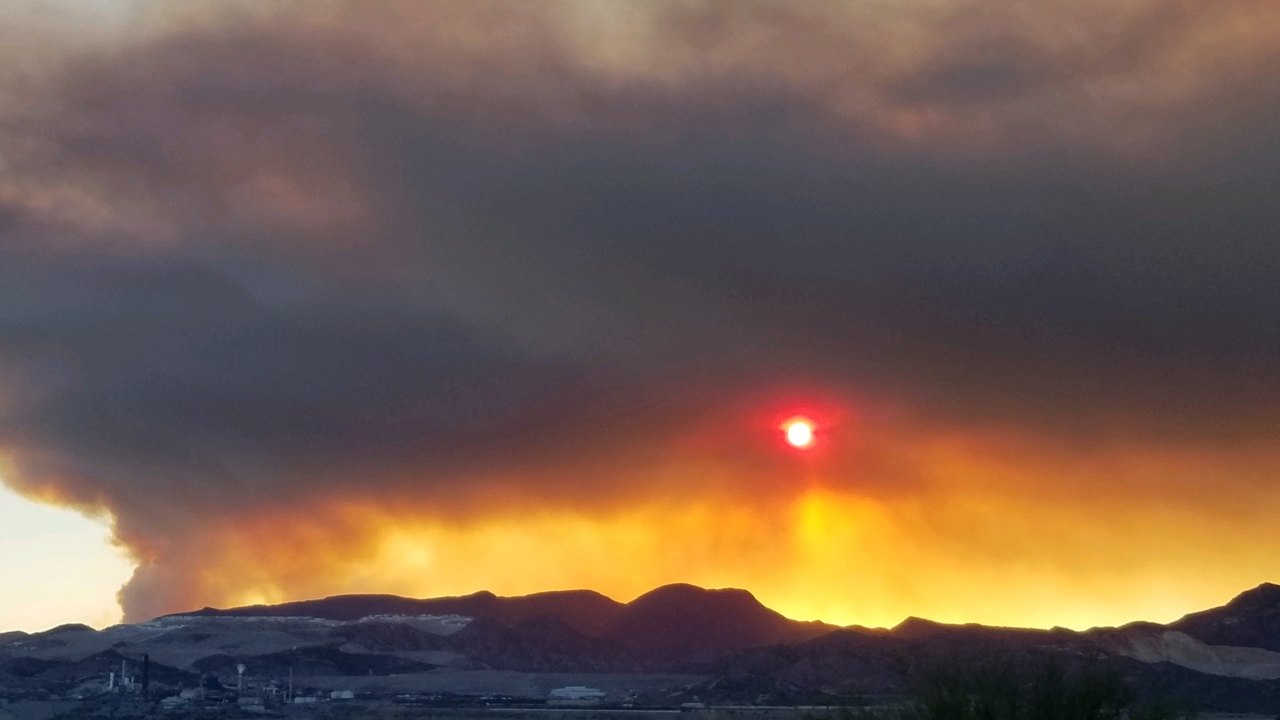 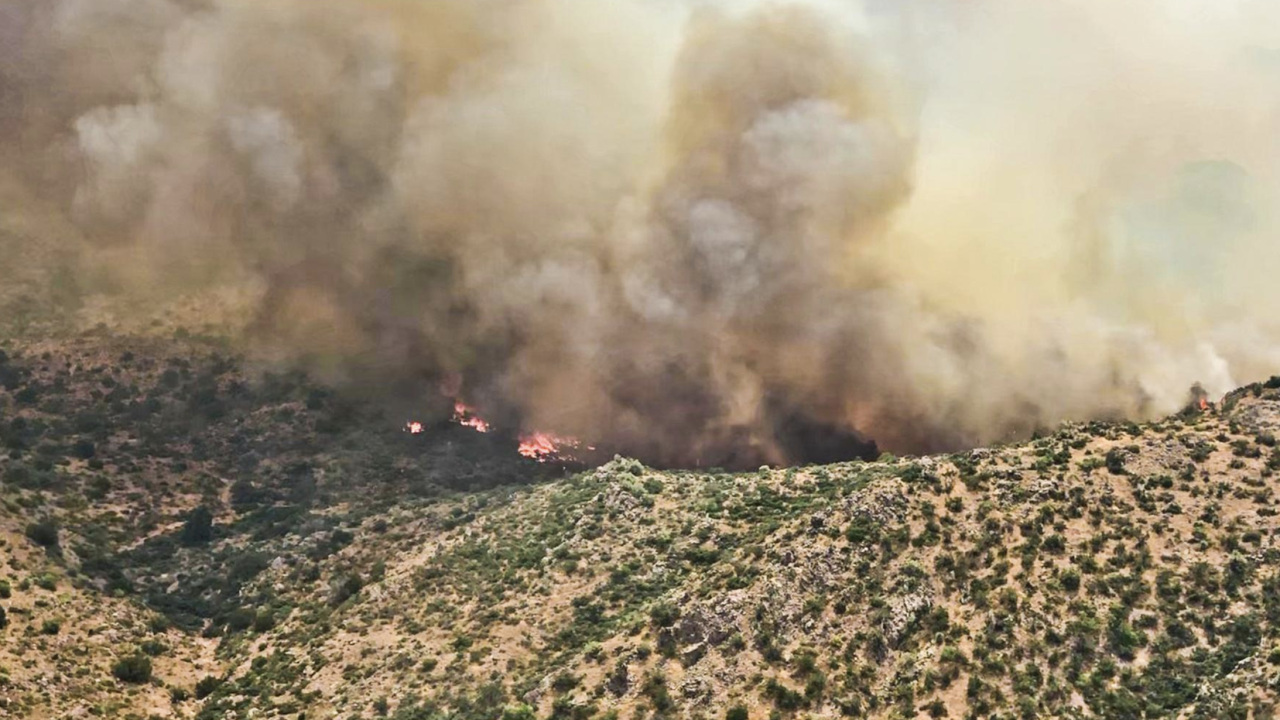 On Tuesday, the Gila County Sheriff's Office announced that evacuation alerts for all Roosevelt-area residents would be lifted at 11 a.m.

"Based on the current Woodbury Fire information from the Southwest Area Type 1 Incident Management Team and discussions with Emergency Management, the Gila County Sheriff’s Office has lifted the evacuation notice effective today at 11am for all affected residents," GCSO said in its release.

GCSO also announced that State Highway 188 had reopened between Globe and Payson with a temporary speed reduction.

State Highways is still closed between Tortilla Flat and the Roosevelt Dam.

There is vegetation burning and smoking within the Woodbury Fire burn area, GCSO said. They have asked people not to report "new fire activity" within the burn area.

The Gila County Sheriff’s Office has released an evacuation alert for Roosevelt and Roosevelt Lake area residents due to the fast-growing Woodbury Fire.

A public meeting was held at the Miami High School Auditorium on Friday afternoon.

“It’s scary because I don’t want to lose my parents home," said Angie Simn who attended the meeting. “My parents are gone now so that’s all we have of them.”

“I have asthma and so my concern is for a community for the people and the elderly people. We know that this fire is going that way, but what happens if it changes? Are we going to get enough notification in time for some of these people to be able to get out?" said another concerned resident, Lizana Redondo.

“Residents should leave the area immediately. Be sure to take any medications, pets, family valuables etc. with you, close all windows including window coverings, and leave all doors closed."

Any residents in that area unable to evacuate are urged to call 911 for assistance.

As of Saturday, Saturday July 6, the Woodbury Fire stands at 123,875 acres and is 90% percent contained.

For more information on the fire and officials' efforts, click here.