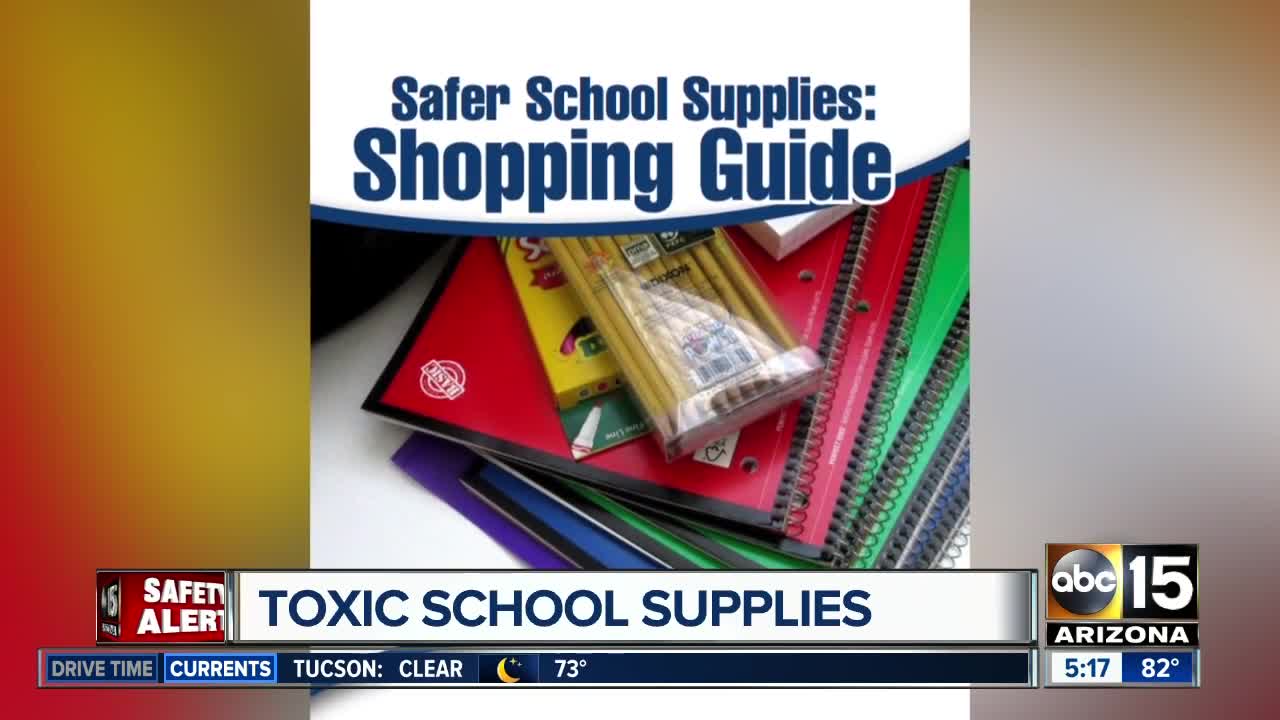 Items sent to an independent lab were found to have toxic chemicals that could be making your child sick. 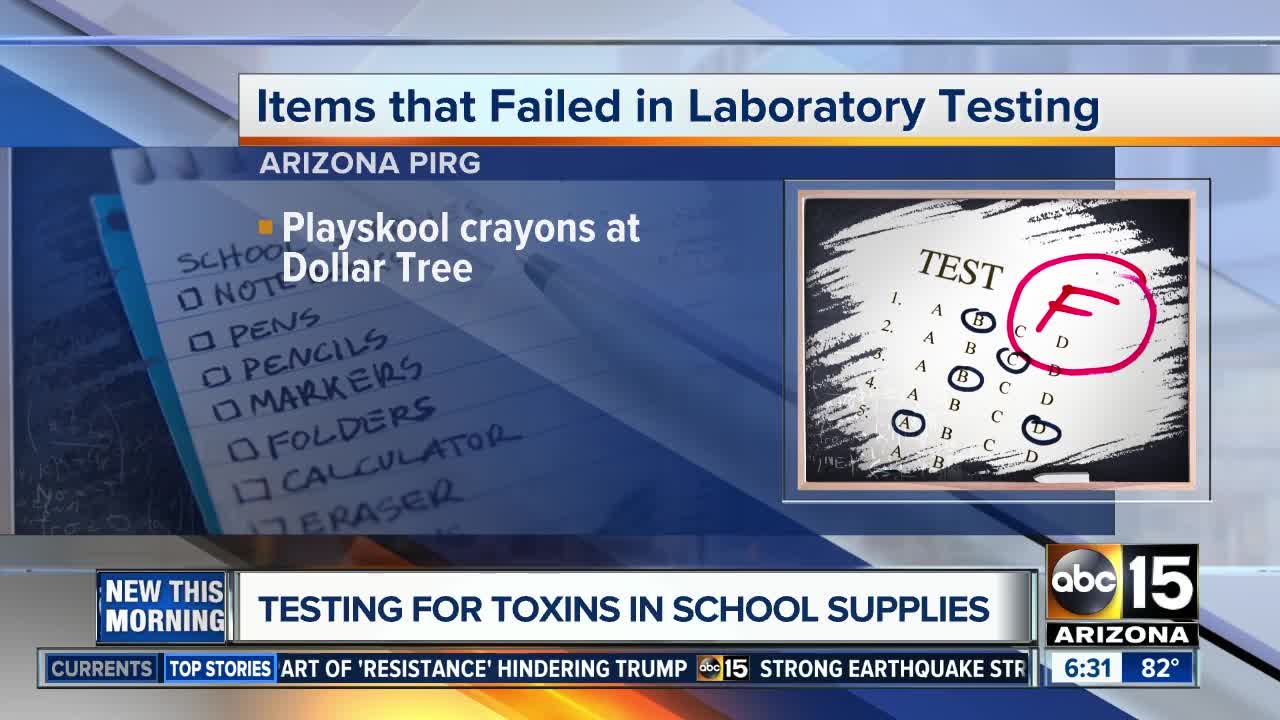 It was just last week that a call to action for your child's safety was put on a national level.

"We're here to tell the federal government: toxins in school supplies should not make the grade or the backpacks of our kids," said U.S. Senate Minority Leader Chuck Schumer in a press conference.

While Arizona kids have been in school for nearly a month now, a local research group is pushing parents to unzip those backpacks while checking their Safer School Supplies: Shopping Guide.

The Arizona Public Interest Research Group, on a local and national level, have been known to test toxins in toys. But, this year is the first time they have released a report on toxins in school supplies.

In the report released last month, toxic chemicals were discovered in several popular back-to-school items -- everything from crayons and markers, to binders and water bottles.

The groups tested sent 27 school supplies to an independent laboratory and found that some of them contained toxic chemicals like asbestos, lead, benzine and phthalates, which have been linked to cancer and other health hazards.

"Not all crayons are bad, not all three-ring binders are bad," said Arizona PIRG Executive Director Diane Brown. "It's really important to know which products might contain toxic chemicals before having your child use them."

The report found that Playskool crayons from Dollar Tree had trace amounts of asbestos.

They are recommending a recall of these products.

"It's also important to just know what has been recalled and what is still out there and to still look for those," Brown explained. "And also to realize that often times, recalled products may be sold at a garage sale... they may be sold at a second-hand thrift shop and so, to also be keeping that in mind as your shopping."

In a statement given to ABC News last month after the report's release, Dollar Tree said, "The safety of our customers and associates is our top priority. Our company utilizes a very stringent and independent testing program to ensure our supplier products meet or exceed all safety and legal standards. We are aware of the report and have since re-verified that each of the listed products successfully passed inspection and testing."

Hasbro, which is the parent company of Playskool, also released a statement to ABC News. It said, "Product and children's safety are top priorities for Hasbro," Julie Duffy, senior vice president of global communications for Hasbro, said in a statement to ABC News. "We are conducting a thorough investigation into these claims, including working with Leap Year, the licensee of the product."

In a statement to ABC News, Leap Year said: "There is nothing more important to Leap Year Publishing than the safety of our products in the hands of children," the company said. "All of our products, including the Playskool-branded green crayon mentioned by PIRG, are thoroughly tested by independent labs to meet or exceed all CPSC and Federal Standards for Safety. We are currently re-verifying that they are safe and free of any asbestos, as well as requesting a review of PIRG’s testing methods."