Suspect on the loose after carjacking Amazon truck in Phoenix 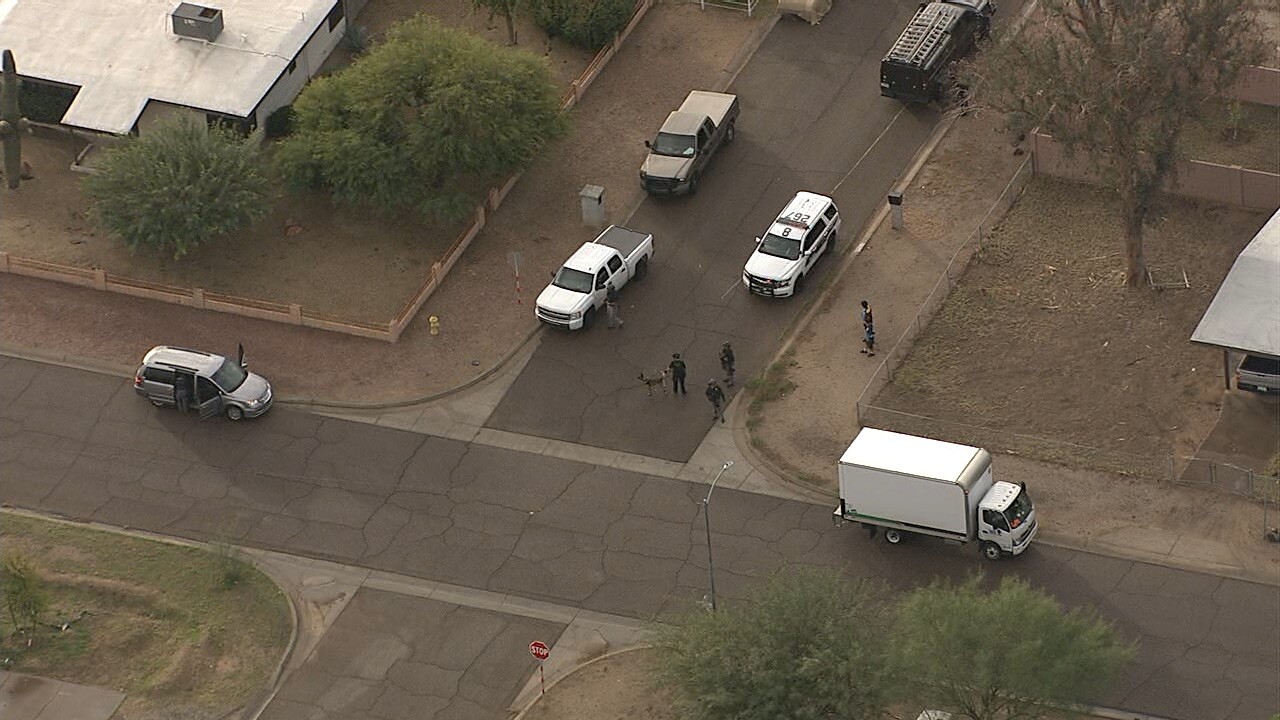 A suspect is on the loose after police say he carjacked two vehicles near Cave Creek and Cactus roads early Wednesday morning.

According to a Phoenix police lieutenant, police were working near the intersection around 7:30 a.m. when police made contact with a suspect who allegedly ran from police and reportedly had warrants out for his arrest.

The suspect then allegedly carjacked an Amazon delivery truck at gunpoint and sped away.

ABC15's Claudia Rupcich spoke to the two Amazon workers involved in the carjacking, who told her one of them was making a delivery while another was filling out paperwork. The workers told Rupcich the suspect jumped into the truck's driver's seat after brandishing a weapon.

At a certain point, police say the suspect then carjacked a Chevrolet Avalanche, then drove away. Police have located the Avalanche, but the suspect was last seen in the area of 28th Street and Larkspur, according to Phoenix police.

Police are conducting an active investigation as they search for the carjacking suspect.

This is a developing story. Stay with ABC15 for updates.

Phoenix Lt. Bryan Coley says suspect was involved with two car jackings—one was an Amazon truck at gunpoint & the other an Avalanche. This is in the area near Cactus & Cave Creek. No one was injured. Suspect drove off in Avalanche. No description of the suspect right now. @abc15

Phoenix SWAT also responded, and now they're done at the scene. They say they didn't find the suspect. Amazon drivers have also left the scene in the truck. @abc15 pic.twitter.com/YgQiwEjIPD

Just spoke to the two Amazon workers. Here's what they said: One was delivering a package, the other was in this truck doing paperwork. They say a man jumped in the driver's seat and showed a gun. The carjacker tried to drive the truck away but didn't get far. @abc15 pic.twitter.com/To4qXhPxx6

Phoenix police looking for a man they say carjacked a contracted Amazon truck that was out delivering packages this morning. No one is injured. Helicopter & several officers are in the area by N 22nd St & Sahuaro Rd. Waiting to get more info. @abc15 #abc15 pic.twitter.com/XhLKPVqAYB