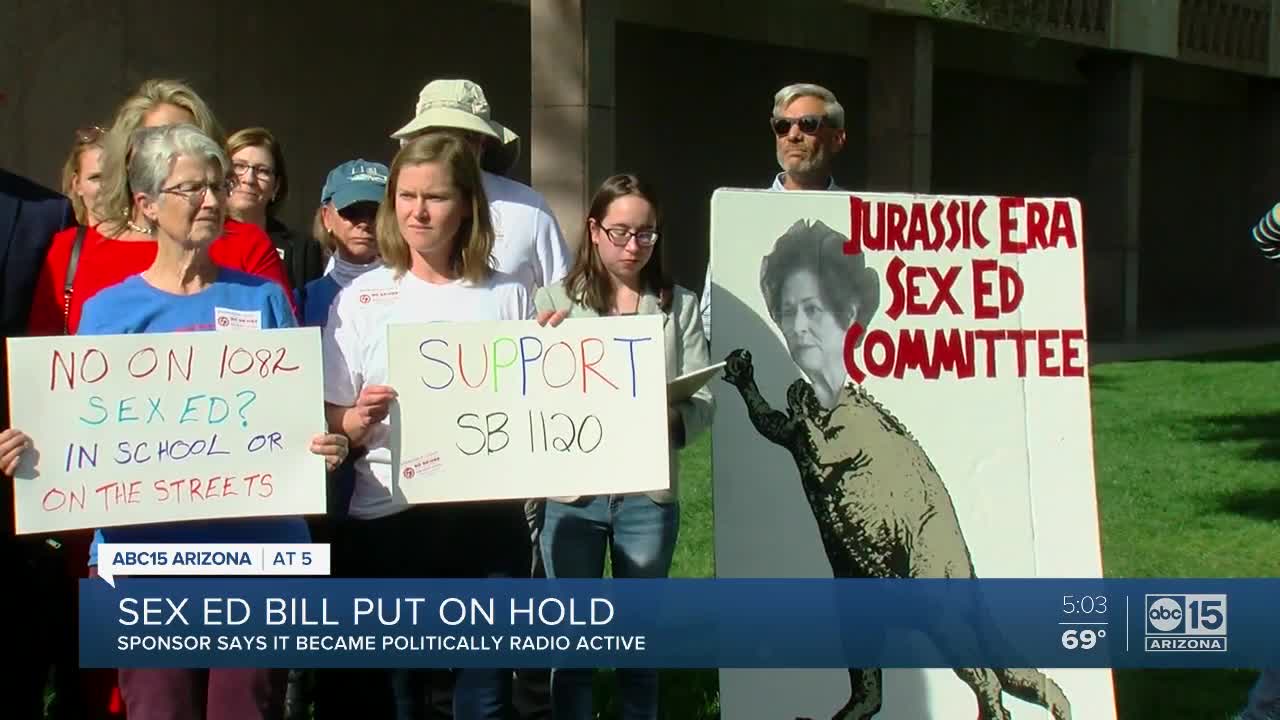 State Senator Sylvia Allen had big plans for the first day of hearings in the Senate Education Committee. 30 witnesses, some flying in from out of state to testify on behalf of her sex education bill. It wasn't to be.

"Why was the bill held?" Allen said to crowded of supporters at the Capitol on Tuesday. "Because it's tainted. It has a label on it now and people are backing away."

Allen said the bill was misrepresented as "anti gay." The proposal initially barred even the mention of homosexuality, although the Senator pulled the provision last week. Allen said by then it was to late, the anti gay critique took on a life of its own, she said. Last year the state legislature repealed a 1991 law which barred HIV and AIDS instruction because it promoted a homosexual lifestyle. Much of what Senator Allen calls for is already included in state law. School districts must provide a 60 day public review including public meetings before voting on a sex ed curriculum. Parents can opt out.

Many of the parents who came out to support Senator Allen today say they like the bill because it will require districts to hold public hearings and allow parents to review the curriculum if there are any proposed revisions, updates or plans to change the curriculum altogether.

Camilia Craciun, who has two children attending schools in the Deer Valley School District, says she is okay with what her children are being taught. "I'm comfortable with it because I'm aware of it," she said. "My concern is if that changes without me being aware of those changes." Craciun supports Allen. "My understanding is she wants for me as a mom and everyone out there to have basically the keys to what that child gets taught."

State Senator Victoria Steele (D-Tucson) says allowing parents to sue, "will essentially make it so no school would ever even think of having sex ed offered to students because of the risk of law suits."

Steele has her own sex ed bill SB 1120, which calls for age appropriate, medically accurate sex ed for grades K-thru-12. Parents can chose to opt out.

Sex ed is not a priority for either Governor Doug Ducey or Superintendent of Public Instruction Kathy Hoffman. Hoffman says, "why try to fix something that's not broken." As of yet, Steele's bill has not been assigned a committee.