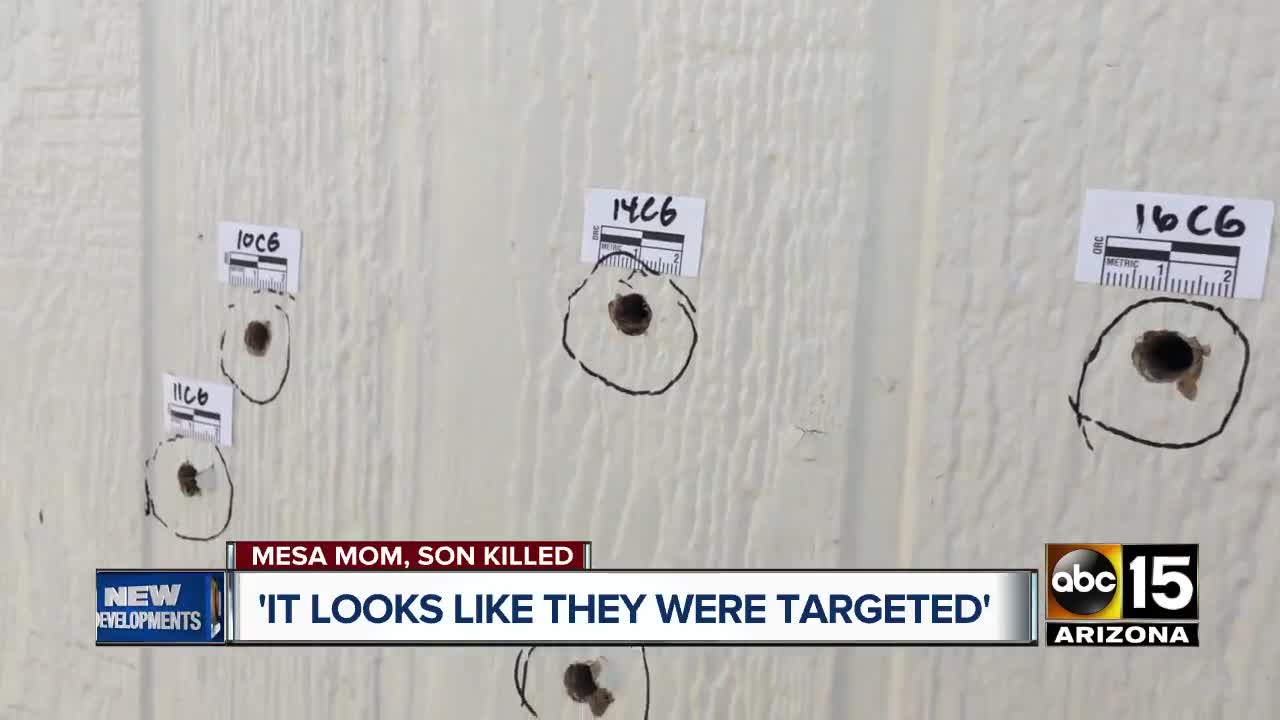 The pair were killed in a shooting that neighbors say appears anything but random. 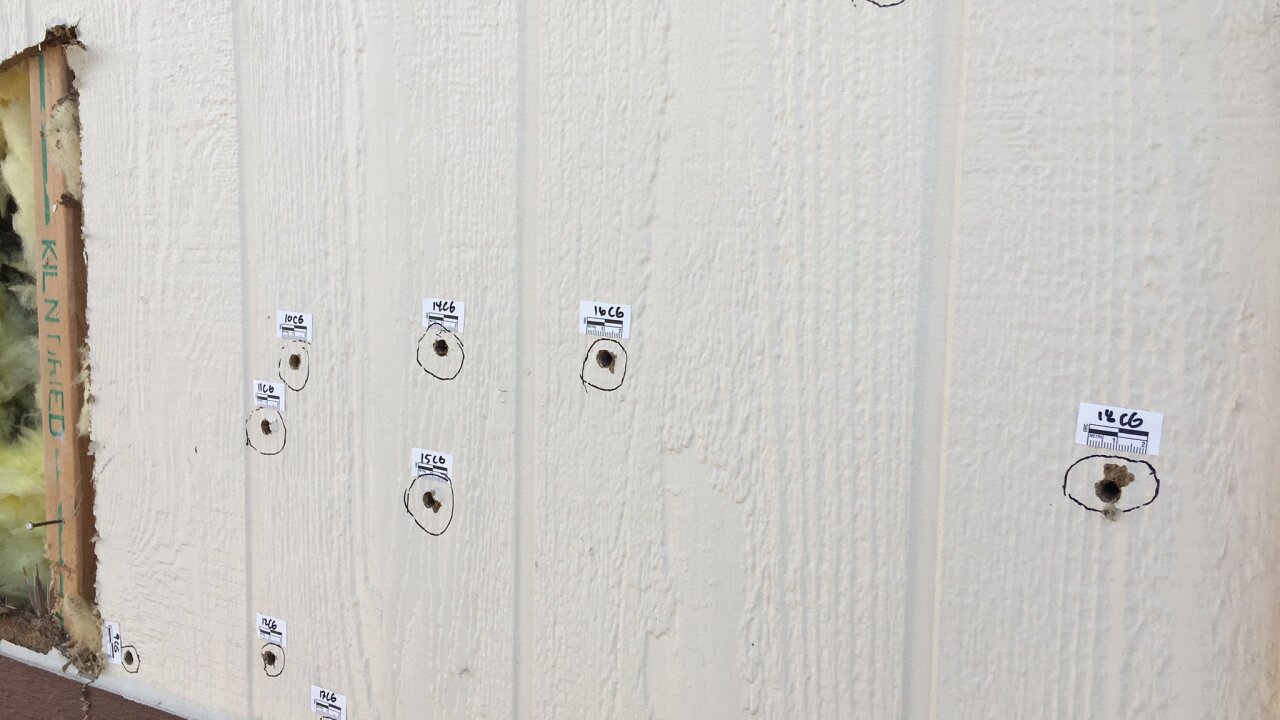 Mesa police are searching for the suspect or suspects who killed a woman and a child in their mobile home early Thursday morning.

The home was riddled with at least 26 bullets. Police say the shooting appears to be "targeted" and neighbors agree.

Officials were called to the residence near Mesa Drive and McKellips Road around 3:45 a.m. for a shots fired call. When they arrived they discovered that eight people, from two different families were living in the home. Inside, a mother and a 10-year-old boy were found dead.

"From the looks of it, definitely looks like they were targeted," said a mother named Lisa, who lives five houses down.

Lisa also believes the shooters knew the layout of the house, based on the bullets being clustered at a certain height.

"I live in a mobile home here, we know exactly where the bedrooms sit, where the beds sit, the levels of the beds," she said.

The driveway and home is surrounded by toys, a clear sign that kids live in unit 29, one of whom died inside.

“It gives me goosebumps just to think about it. Ten years old. He hasn't even begun to live his life,” said Lisa.

“My son is about his age, so they play soccer out here and stuff,” said Jacob, who has been living next to the family for a year.

“They are really good people. They always took care of their kids, made sure they were safe,” he said.

“They would ride their bikes, throw balls. They seemed like a very happy family,” said another neighbor.

The motive is unclear, but it is clear that the presence of young children and women inside did not stop the shooter, or shooters, from riddling the home with more than two dozen bullets.

"It's pretty obvious that there are kids there," said one neighbor, who asked not to be identified.

That neighbor told reporters she saw the other kids inside the home just minutes after the shooting.

“They were kind of whining and crying,” said the neighbor. “I don't know if they realized the mother and 10-year-old were dead.”

People in the community want the killer caught. As they struggle to understand, who could pull the trigger so many times while aimed at a home full of children.

“No matter what feud adults have, it should've never lead to a child losing their life.”

Mesa detectives have not released many details about the shooting. Neighbors say they hope some nearby cameras caught the shooters and that the lack of police information means officers are close to an arrest.