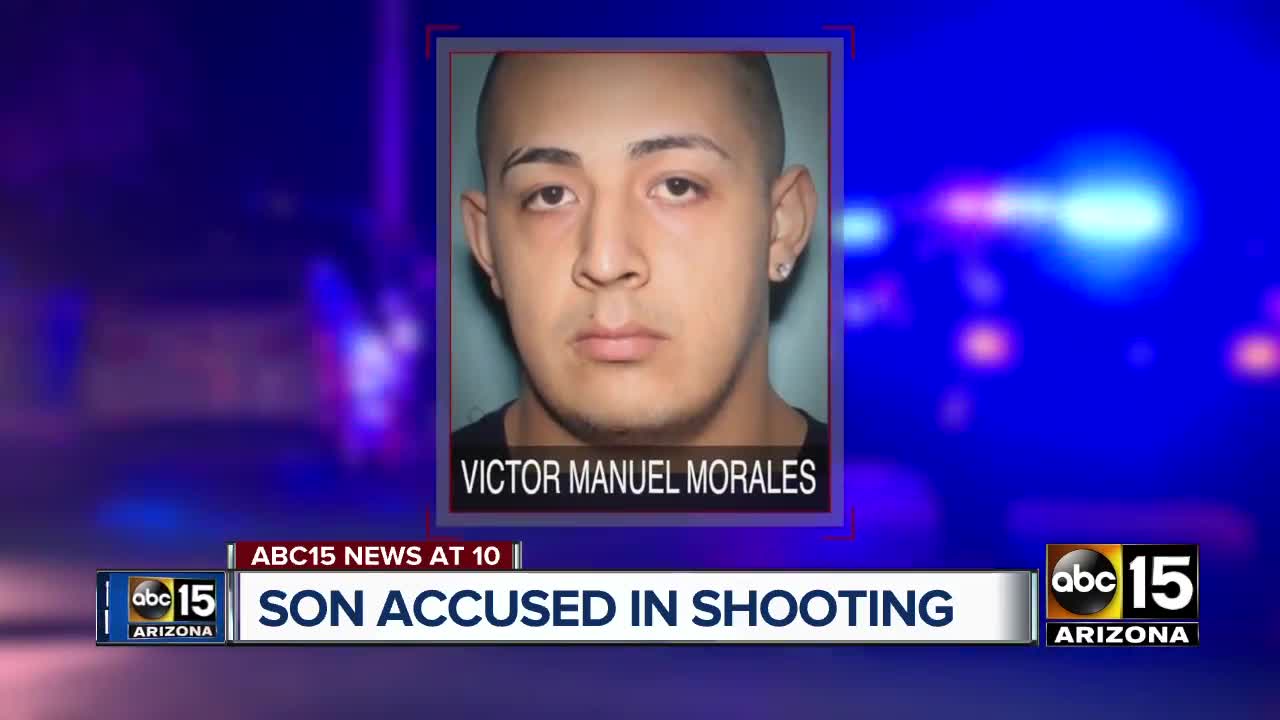 Police say Victor Morales fatally shot his father and injured his sister and mother after an argument. 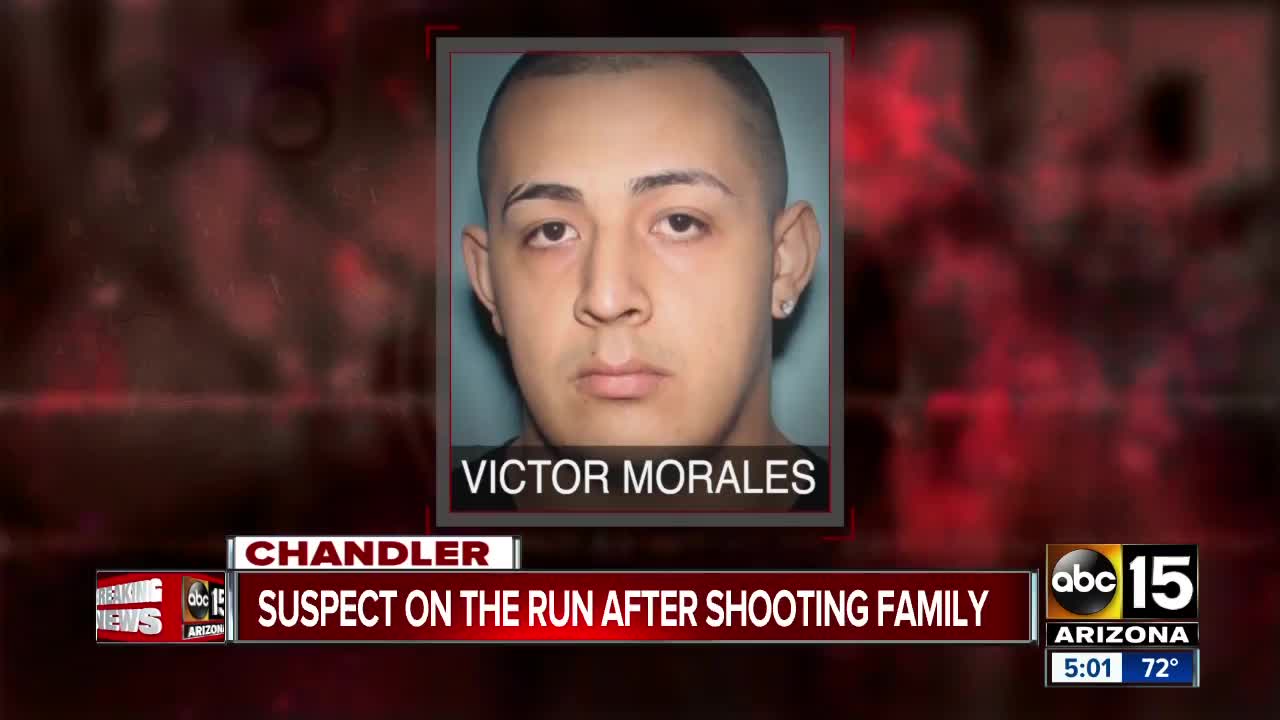 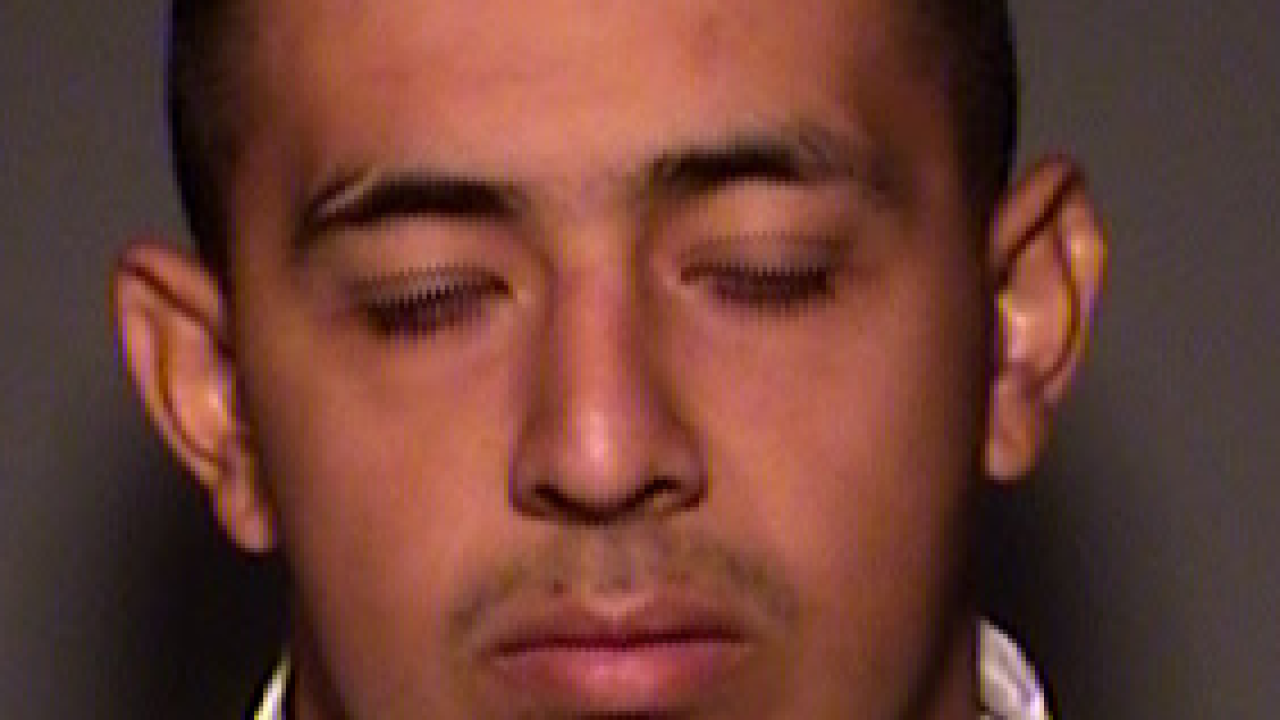 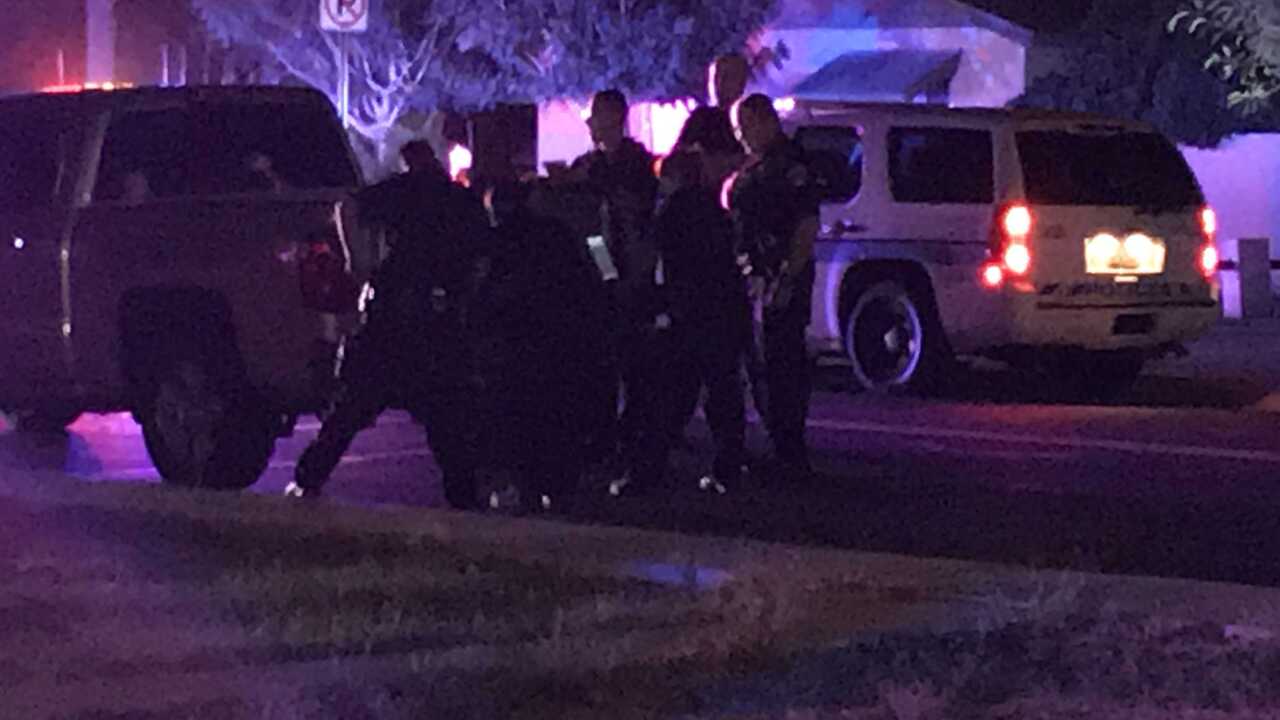 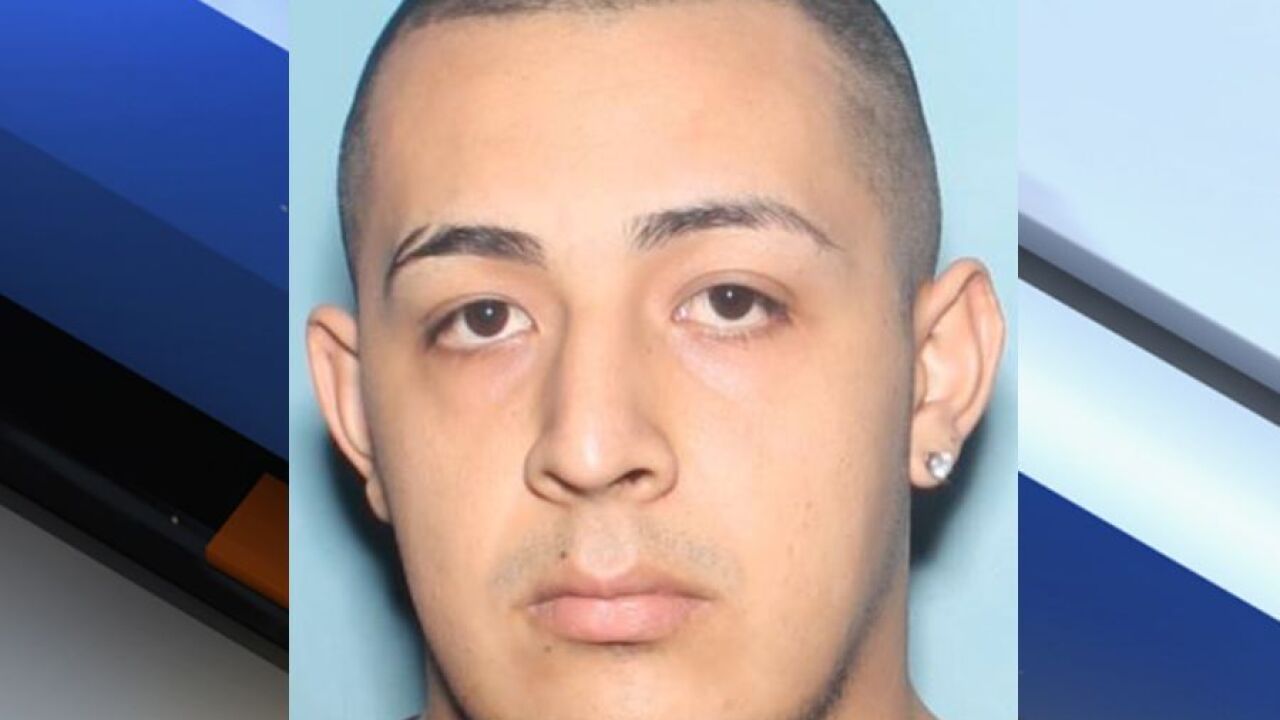 Chandler police have captured 26-year-old Victor Manuel Morales after he allegedly shot three members of his family before fleeing the scene before police arrived.

According to Chandler police, they received a 911 call from a woman at a home northwest of Arizona Avenue and Galveston Street around 10:30 p.m. Friday. The woman allegedly told police her brother had a gun and was "indicating possible harm towards the family," court documents show.

Court records state a loud noise was heard on the call, which police believe was the initial shot fired by Morales. The phone line then went dead, court documents show.

Chandler police officers were able to re-contact the caller, who allegedly told police her brother, Victor Manuel Morales, shot her father in the head, killing him.

Police say they received a third call from the residence, this time from Morales' mother, who said she had been shot.

When officers arrived at the home, they found Morales' mother with a gunshot wound to the shoulder, and one of his sisters with four gunshot wounds, according to court documents.

Morales' mother and a sister who was not shot identified Victor as the person who shot at the family, court records show.

According to police, the family said they'd been having ongoing issues with Victor, including prior incidents that involved police.

Court documents obtained by our reporters show that Morales' family had contacted police in the past, indicating "fear he would kill them prior to the incident."

The night of the shooting, court documents state Morales was brandishing a weapon in the dining room before he opened fire on his family and fled.

At 11:47 a.m. on October 5, Chandler police took Morales into custody near Nebraska and Harrison streets, just north of the shooting location. A patrol officer noticed a man matching Morales' physical description in an alley nearby.

When Morales was arrested, police say they found a 9MM pistol in his possession.

According to court documents, Morales told police in a post-Miranda interview that he was in possession of the pistol. Morales allegedly described "continued bullying behavior by his family but claims no memory of the actual shooting," court documents showed.

26yoa Victor Manuel Morales was booked into Jail on 1 count of 2nd Deg Murder & 3 counts of Agg Assault. He was found on 10-5 around 4pm by patrol officers in an alley near Sunland Dr. & Harrison St. Morales was in possession of a firearm when arrested. pic.twitter.com/TklI7MIu1T