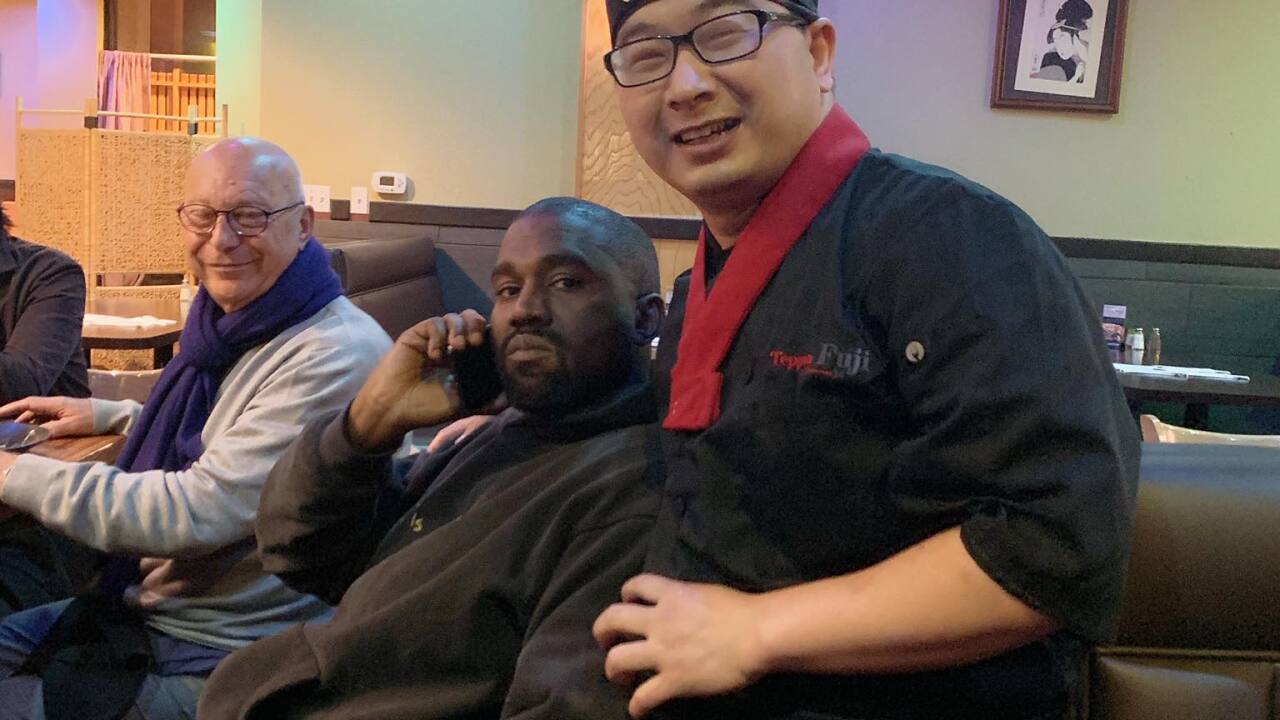 Teppan Fuji, a Japanese hibachi and sushi restaurant in Flagstaff, Arizona, shared several photos on its Facebook page of West and his wife, Kim Kardashian West, among others, eating at the restaurant and posing for photos with the staff over the weekend.

According to chef and owner Alex Fang, West ate at the restaurant on Friday, Saturday, and Sunday.

"[It was] a big surprise," Fang said in a brief phone interview. "Everybody [was] so excited."

He said the restaurant has been in the area for approximately 10 years, but that he moved to Flagstaff and took over the restaurant in September 2017.

As for what brought West to Flagstaff, that remains a mystery. There were no hints posted to his or his wife's social media pages.

Though Roden Crater, a decades-old art project by artist James Turrell that is currently being built inside a volcanic cinder cone, is a half-hour drive from Flagstaff, according to ASU News. It is not open to the public and West is reported to have donated $10 million to the effort. He previously visited the site late last year.

"Went to visit the James Turrell crater two days ago. This is life changing. We all will live in Turrell spaces," he wrote in a tweet dated Dec. 13, 2018.

Went to visit the James Turrell crater two days ago. This is life changing. We all will live in Turrell spaces