Arizonans eager to ride the slides at Great Wolf Lodge, the indoor water park and resort being built on the Salt River Pima-Maricopa Indian Community near Scottsdale, will have less time to wait.

Hennessy also announced that the resort would debut a new ride, the “Diamondback Drop.”

It is described as a “four-person, high-speed raft ride” that is “filled with serpentine curves and high-bank thrills,” according to the news release. Riders will drop into a overlapping 360-degree coil “before plunging into the belly of the snake,” the release said. 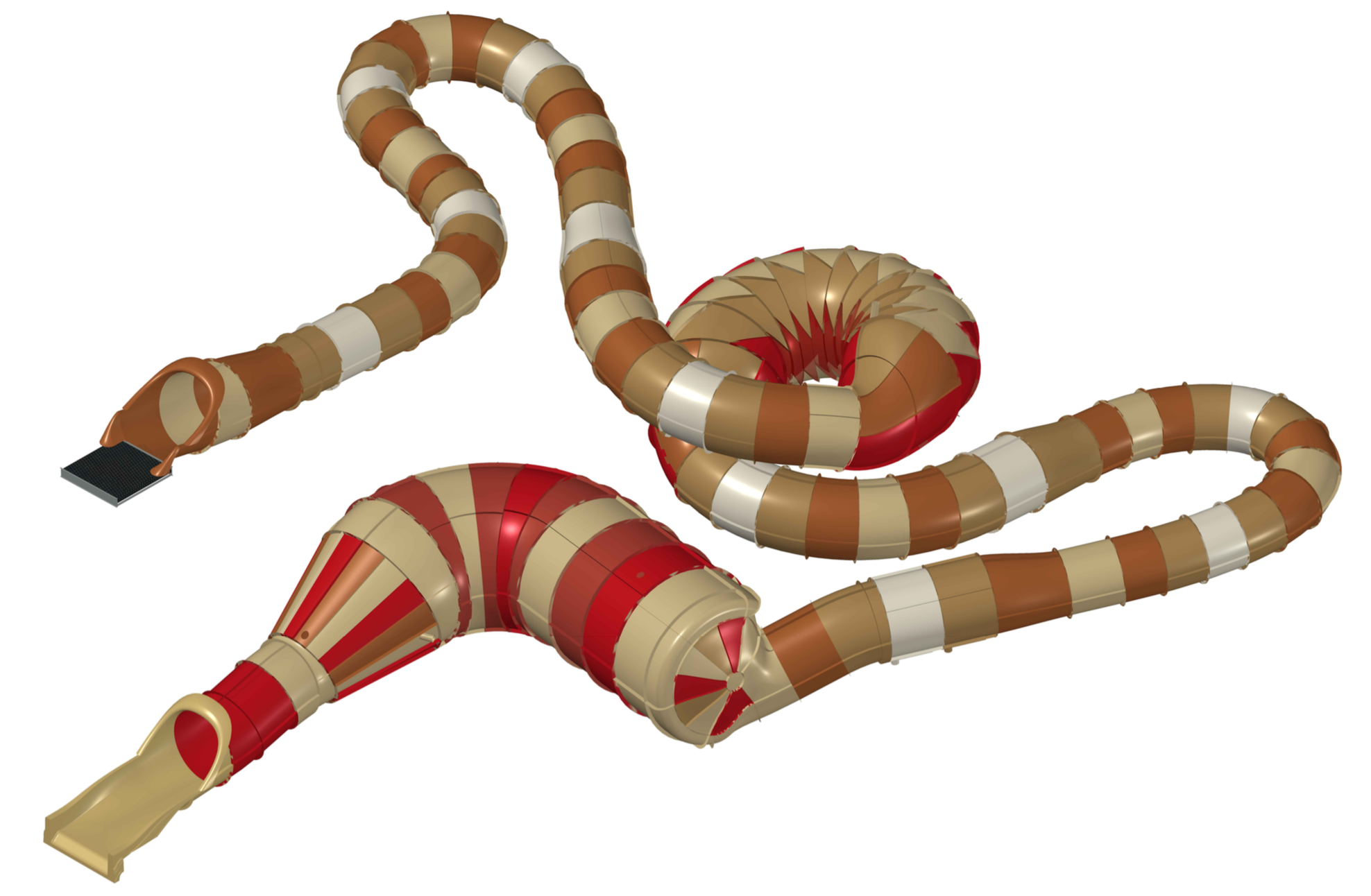 The water park will feature the Talking Stick Treehouse, a play structure with a 1,000-gallon bucket that dumps water every 3-4 minutes, smaller slides, sprayers and water features; as well as raft rides, body slides, tube slides, a lazy river, and wave pool.

There will also be an outdoor resort-style pool and the "Great Wolf Adventure Park," a 27,000-square-foot “dry” park with a ropes course, arcade, climbing wall, bowling, miniature golf, and MagiQuest, the resort's live-action game.

The resort will have two restaurants, the state’s only Ben & Jerry’s, and a Dunkin' location. While the water park is open only to guests, the restaurants, Ben & Jerry's, Dunkin, and Adventure Park will be open to the public. And, for the Ben & Jerry's fans out there, we're told the resort location will participate in Ben & Jerry's annual "free cone day."

A CLOSER LOOK AT THE WATER RIDES

Diamondback Drop (just announced): A four-person high-speed raft ride "filled with serpentine curves and high-bank thrills" that sends riders down "overlapping 360-degree coils before plunging into the belly of the snake."

Talking Stick Treehouse: A multi-level water play structure with five water slides (two taller slides and three designed for toddlers), suspension bridges, spray stations, and a 1,000-gallon bucket that fills up with water and dumps it every three to four minutes.

Wolf Tail: A body slide where riders step into a launch pad and wait for the floor to drop, sending them into a 20-foot free fall followed by a 360-degree, high-speed loop.

Howlin' Tornado: A family-friendly water ride where people sit in a raft and go down a 15-foot drop into a large funnel and sway from side to side.

Alberta Falls: A tube slide for one or two people that has chutes, drops, serpentine, and 180-degree and 360-degree banked curves.

River Canyon Run: Up to four people will sit in a raft and go down one of the longest slides at the park. It does not have any steep drops so it is ideal for those looking for a less-intense slide.

Slap Tail Pool: A wave pool with up to three-foot-tall waves that come every five minutes.

Crooked Creek: Great Wolf Lodge's version of a lazy river. People will be able to grab a tube and float along a winding river in the middle of the water park.

Big Foot Pass: An obstacle course with floating lily pads and logs, and cargo nets to help you make it across.

Whooping Hollow: Geared towards babies and toddlers, this play pool has water slides with "gentle slopes and tiny turns." There is also a zero-depth entry pool with a water fountain and "spray-and-play adventures."

HOW TO MAKE A RESERVATION

Now that the opening has been moved up to the end of September, people can book their stays to start on the opening date, a spokesperson said. The resort has also extended its opening promotion through July 1, 2019. The resort is offering 30% off standard room rates, which start at $179.99. Make sure to use the code "GRAND."

MORE DEVELOPMENT ON THE WAY

The building of Great Wolf Lodge is one of three major projects underway on the Talking Stick Entertainment District. Just up the road, Medieval Times is building its tenth castle and dinner theater near 90th Street and Via De Ventura, just east of the Loop 101 Freeway.

An opening date has not been announced yet, but the castle is on track to open sometime this summer, a spokesperson said.

Across the street, White Castle is building its first Arizona restaurant within a 22-acre development called "The Block at Pima Center." A ground-breaking ceremony was held in April. The 4,589-square-foot restaurant is expected to open in the fall.