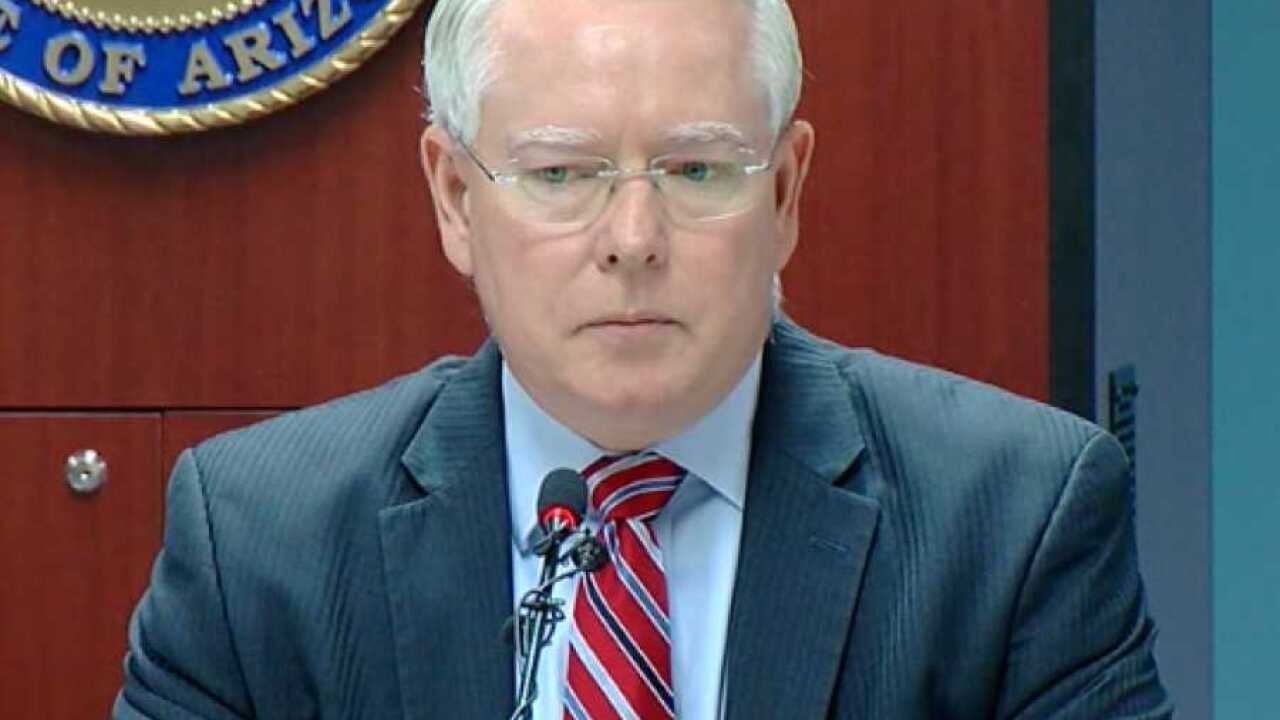 I’m pleased to announce that I’ve made my selection to replace Chief Justice Bales on the Arizona Supreme Court. 1/

Montgomery is a long-time prosecutor in the county attorney's office and was included among seven finalists for the state Supreme Court position.

Earlier this week, an ethics complaint was filed against Bill Montgomery claiming that he violated State Bar of Arizona rules by failing to properly supervise embattled prosecutor Juan Martinez.

Montgomery will fill the seat that was left vacant by Chief Justice Bales, who is retiring.