Navarro Fire grows to 1,100 acres near Sierrita Mountains
KGUN 9 On Your SideNewsStatewide News 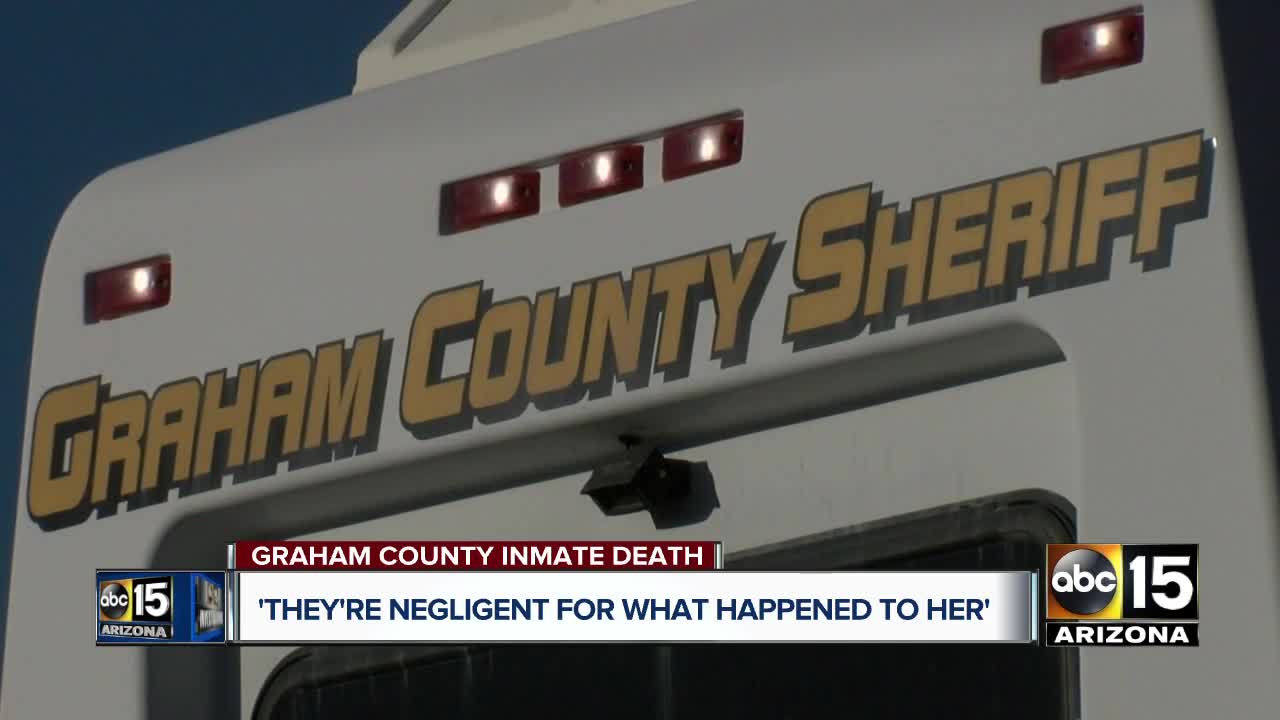 Jorden Simms died while in Graham County custody two days after she says she was raped by two law enforcement officers. 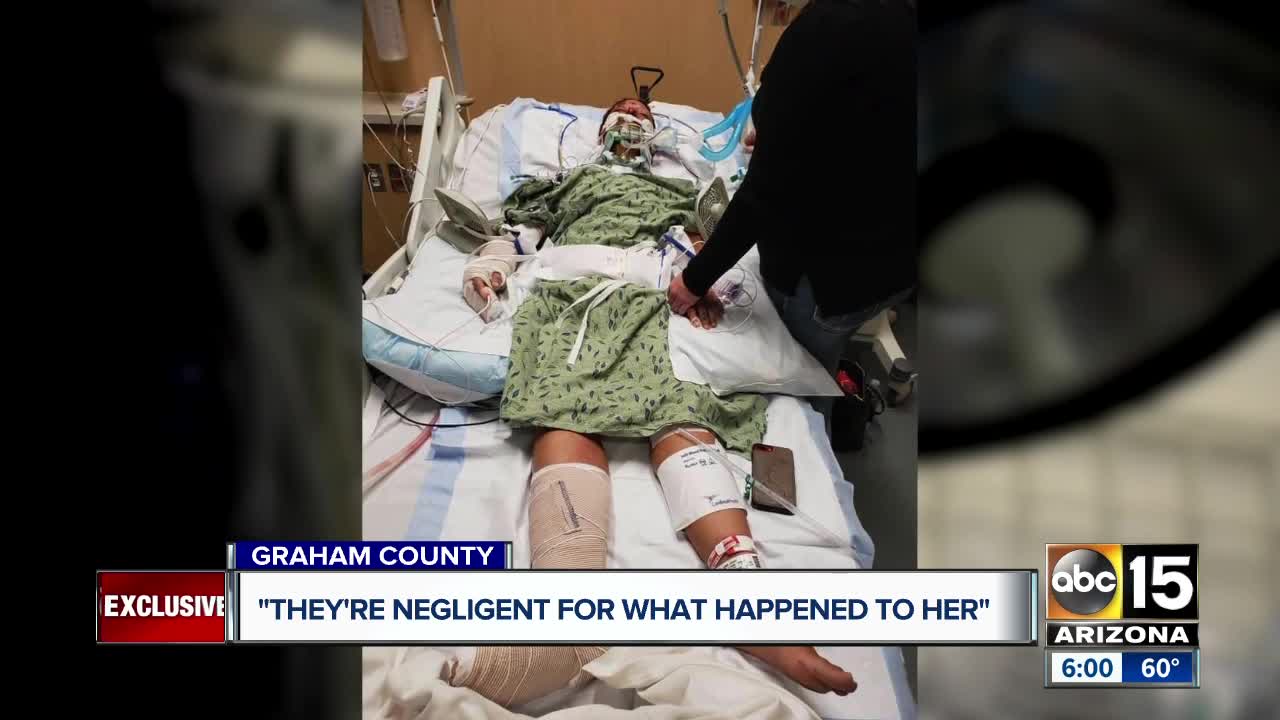 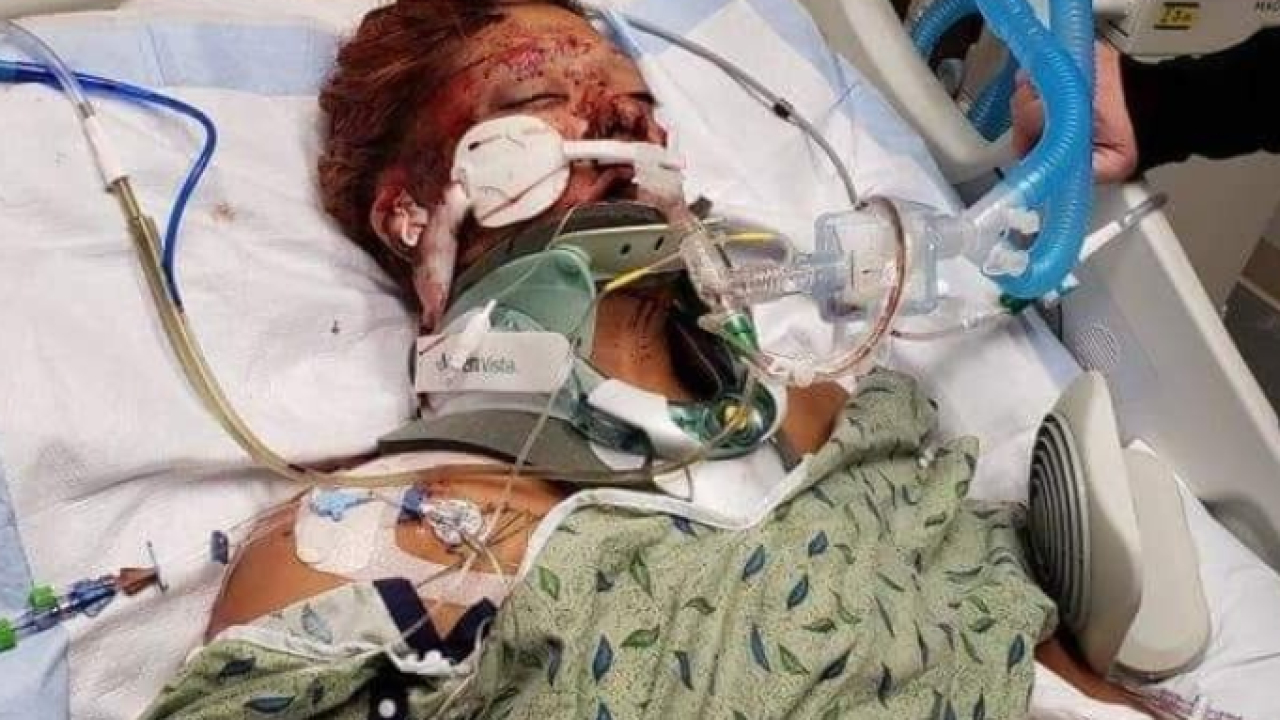 Deborah and Marty Sanchez want more answers from the Graham County Sheriff's Office after their daughter died while in law enforcement custody. Jorden Marie Simms died days after alleging she was sexually assaulted at the jail.

The Arizona Department of Public Safety is now investigating the allegations of sexual assault against a Safford police officer who had arrested Simms for shoplifting and transported her to the Graham County Jail.

Simms' unopened Christmas presents still sit underneath the family's Christmas tree. Her mother, Deborah Sanchez, tells reporters Simms lived with them and although she had battled addiction, she had been clean for the last 30 days and was looking forward to life. She was always giving flowers to loved ones in her life, so they nicknamed her "The Flower Girl."

Her relatives describe Simms as a 28-year-old woman with a childlike spirit. She was outgoing, spoke her mind and brought joy into the lives of those she knew.

Last Monday, Sanchez says Simms called to let her know she was in the Graham County Jail. Sheriff's officials have said Simms was in jail for a warrant from Yavapai County involving theft and drugs.

Sanchez said the incident involved Simms taking her adoptive father's car. When Simms called her mother from jail, the day before Christmas Eve, she said her daughter sounded broken and defeated.

Sanchez said Simms told her she was afraid, she feared detention officers inside the county jail and she begged her family to help her post her bond and get her out of there.

"She told me she was covered in bruises. They put her in a cold cell. My daughter has lupus, she was hurting and she was wearing nothing but a thin smock. She was really cold. She told me the day after she got back to the jail after getting a rape kit done, a female guard assaulted her," sobbed Sanchez.

"She told me that she was told to cough twice, and the second time is when the female guard shoved something in my daughter's butt," Sanchez said.

Her family questioned why Simms was never given an immediate medical exam and had to wait for more than 24 hours after she complained about the sexual assault in the jail before being taken to a hospital.

Sheriff's officials said Simms was taken to an advocacy center in Sierra Vista for an exam on December 26. There, a medical professional advised deputies to take her to a local hospital for further examination with specialized equipment they did not have at the advocacy center.

It was the day Sanchez was scheduled to have a video chat with her daughter. She showed up at the jail at the assigned time for their visit but was greeted by three men at the detention center who told her that her daughter was out on a transport and would not be available to talk.

Sanchez said the jail employees would not answer any of her questions. The desperate mother had no choice but to go home and wait.

Around 10 p.m. that evening, the family received a phone call saying her daughter had been involved in an incident and was flown to Banner-University Medical Center in Tucson.

When the family got to the hospital, they say Jorden was already brain dead.

So what happened to Jorden Simms?

In a press release, the sheriff's office said Simms jumped out of a moving patrol vehicle while being transported to a hospital.

"It was arranged to have Jorden Simms transported to an advocacy center in Sierra Vista for a specialized examination. The transport was done by a deputy and detention sergeant from the Graham County Sheriff's Office," the statement said.

"The initial exam was completed and based on a recommendation by a medical professional at the center, that would require utilizing equipment not available at the advocacy center, arrangements were made to send Jorden Simms to Mt. Graham Regional Hospital before returning to the Graham County Adult Detention Facility," the statement continued.

Deputies have said on the way to the hospital, Simms opened the back door of the Ford Explorer while it was traveling on N. 20th Avenue and exited the vehicle. Sheriff's officials say Simms suffered life-threatening injuries "to include a severe head injury" during that incident.

Simms' family took her off life support later that night.

Sheriff's officials say their investigation has uncovered that Simms removed her handcuffs, belly chain and ankle restraints before opening the door.

"It was learned staff had loosened the ankle restraints due to Jorden Simms complaining they were rubbing her ankles and causing pain. A small tube of shower gel with the cap open was found in the back seat where Jorden Simms had been seated," the Graham County Sheriff's Office said.

The shower gel was confirmed to be the same type used at the advocacy center, according to the sheriff's office. The press release states the handcuffs, chain and ankle restraints, along with jail shoes issued to Simms, were found in the back of the patrol car. They also discovered the childproof locks used to prevent the car's rear doors from opening from the inside were switched to the 'off' position on the side where Simms was sitting.

Simms was seated in the rear caged area alone, while the deputies were in the front driver and passenger seat of the vehicle.

"I just kept yelling at her to wake up, just wake up," said Deborah Sanchez.

Simms never woke up. She was already in a coma, according to doctors. Her family says they were told Simms suffered a fractured skull, internal bleeding and her brain stem was irreparable. She also had a broken right foot, right hand, collapsed lung and bruises.

Simms wanted to donate all of her organs, so her family made the difficult decision to take her off of life support. The last time they saw their child was during an Honor Walk inside Banner University Medical Center in Tucson. A touching video given to reporters shows hospital staff lined up down a long hallway, as nurses wheeled Simms past them into the operating room where surgeons would collect her organs.

The Sanchez family said the injuries they saw on their daughter do not add up.

"She had no marks on her hands showing she slipped out of handcuffs. All of her injuries were all on her right side when they say she jumped out of the left side door of the car. And if she did slip out of the chains, she didn't make any noise. Also, where was the bruising on her wrists? This makes no sense," said Marty Sanchez.

"What is she, Houdini? Did she have a cuff key in her mouth? I mean how do you explain that. I can't," he added.

Both husband and wife, who spent many years working as state prison officers themselves, questioned the sheriff office's transport procedures.

"If it did happen as they say, then they weren't doing their jobs. They were negligent. They were irresponsible. Do they even have any training?" asked Sanchez.

Deborah Sanchez also questioned why it took deputies so long to get an ambulance out to their daughter as she lay bleeding in the middle of the road only a stone's throw away from the hospital.

"[For] forty-five minutes my daughter lay in the road with blood coming from her head. Why? Why didn't somebody just pick her up and carry her to the hospital that was just two blocks away? They have ambulances parked out there all the time. This is a little county. Come on. They're going to have to do a lot better, a lot better. I'm not going to quit fighting for my daughter," she added.

The family's social media post about Simms' death has gone viral. They have received messages from all over the world.

"I am so grateful to them. I hope to thank everyone someday individually. Jorden has reached people in Ireland, Canada, the UK. Over 4 million people, and you know what? All of them say the same thing. We don't believe that's what happened. I have retired cops reaching out to me to say this makes no sense at all," said Sanchez.

When we went to the Safford Police Department to talk to officials there, we were told the chief was out of town, and no one was available to talk.

Graham County Sheriff PJ Allred declined our requests for an interview. We asked the sheriff's office for its inmate transfer policies and whether any changes would be made after Simms' death.

The sheriff's office has also not responded to inquiries about the status of the jail staff involved in Simm's transport and alleged sexual assault.

DPS detectives are now looking into the allegations.

"At the request of the Graham County Sheriff's Office, Arizona Department of Public Safety detectives from the Special Investigations Unit are investigating allegations of sexual assault and the in-custody death of Jorden Marie Simms," a spokesman said in a statement. "The investigation is in the early stages so we cannot comment on individual elements of the incident. We would refer you back to the local law enforcement agencies."

The Sanchez family has hired the Phoenix law firm Taylor & Gomez, LLP to represent them. Simms will undergo a full autopsy.