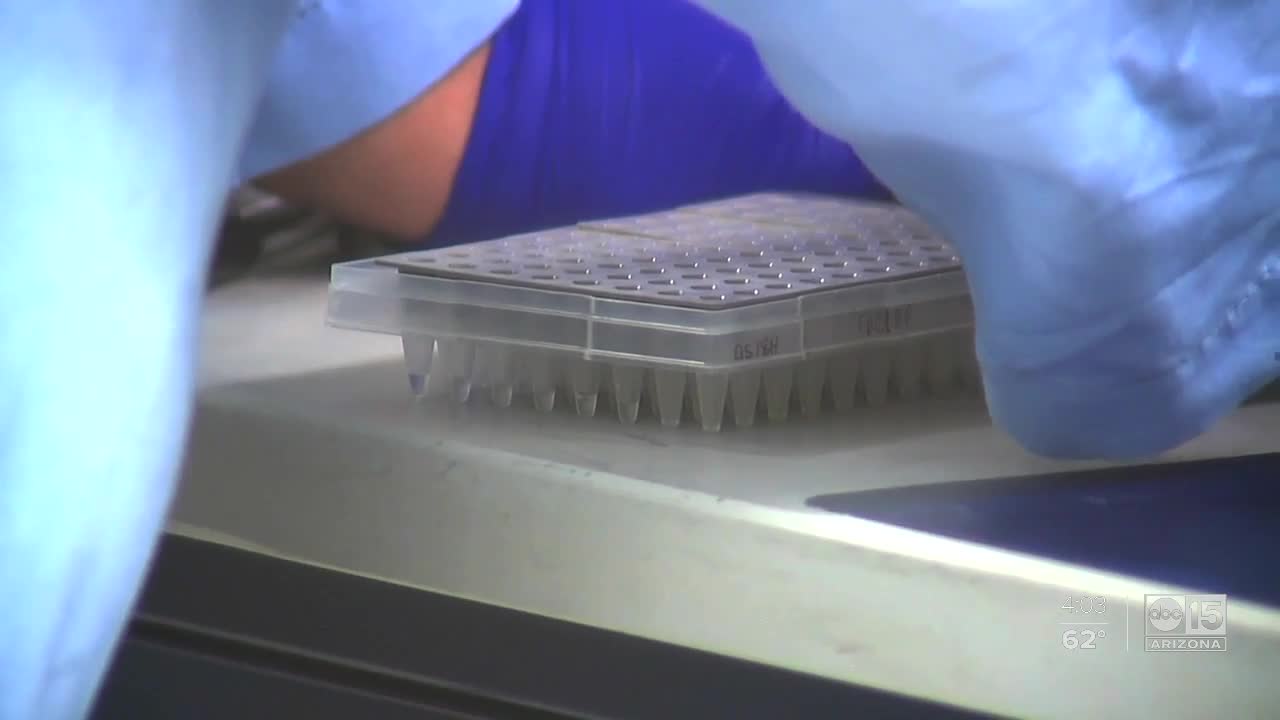 Familial DNA is still fairly new but its impact is already being felt in our state. Putting criminals who've evaded capture for years, behind bars.

Familial DNA is still fairly new but its impact is already being felt in our state. Putting criminals who've evaded capture for years, behind bars.

It's a new frontier in the crime-fighting world and Arizona is one of the few places it's happening.

One of only 12 states in the nation using this technology.

"I think when DNA first was in its infancy, you needed like a quarter size and now it's less than a pin drop," said Dawn Gingras at the DPS Crime Lab.

A pin drop of DNA to capture a potentially violent suspect.

But when that DNA comes back from being processed without a match, that's when law enforcement agencies turn to Gingras.

When Gingras is handed a DNA sample, she processes it against DNA samples taken from felons all over the state.

The hope is to find a potential relative’s DNA that may help reveal who the suspect from the unsolved crime may be.

"Obviously the next step is to go look at all the first-order relatives and say ok, what are we looking for here," said DPS Crime Lab supervisor Vince Figarelli.

What they're looking for is if one of those relatives had any connection to the unsolved crime.

Were they in the vicinity of the crime when it happened, do they have a record, do they know the victim?

If things begin to add up.. they'll try and get a DNA sample from that suspect.

For years police came up empty-handed in the search for who allegedly sexually assaulted and murdered 31-year-old Allison Feldman of Scottsdale.

DNA from the crime scene was matched using familial testing in 2018 to the brother of suspect Ian Mitcham, eventually leading to Mitcham’s arrest.

Then, in November, 34-year-old Xavier Williams was arrested for a 2014 deadly Tempe home invasion after familial evidence pointed police to him.

And just last week, after nearly two decades, 58-year-old David Slade was arrested for sexual assaults in Arizona and Utah.

All of those cases may be open today if it wasn't for familial DNA testing. For those pouring everything into the program finding a match is thrilling.

"I'm texting my boss right away, we got one," said Gingras with excitement.

And based on its success so far, they'll certainly be getting a lot more.

"We want all of our law enforcement partners throughout the state to know this is available to them when leads on violent cases run dry," Gingras said.