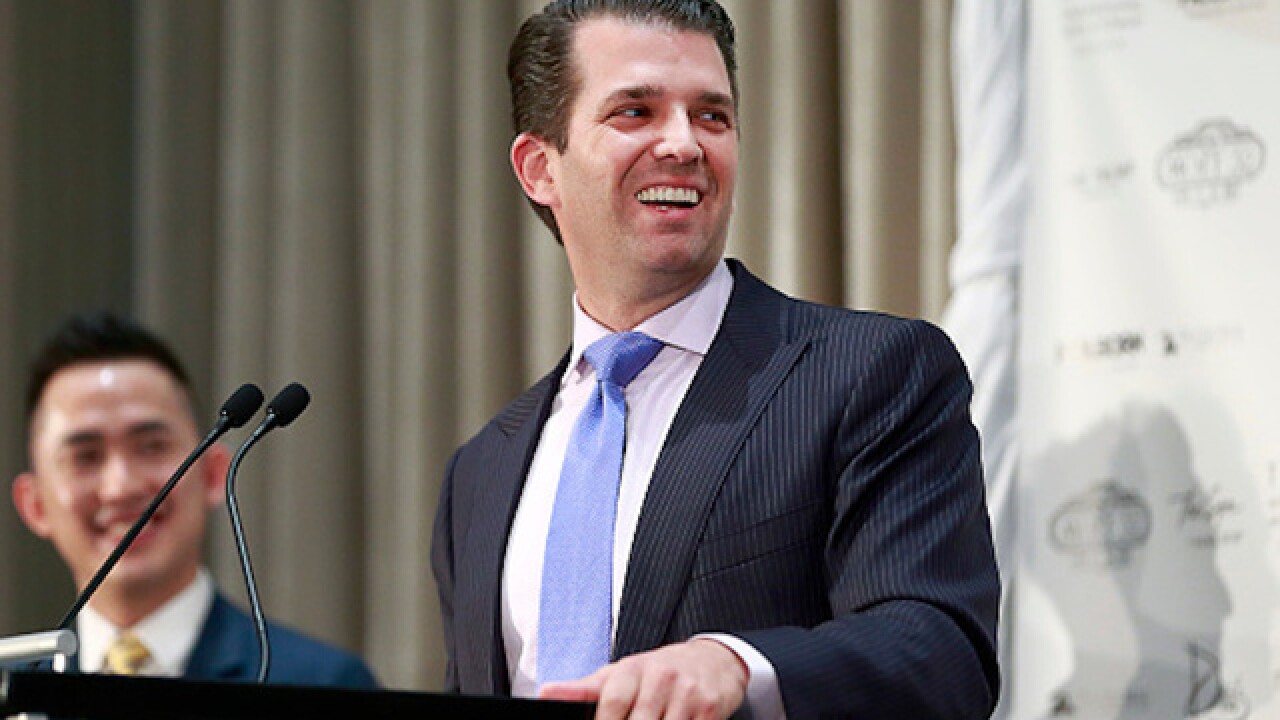 Image copyright 2017 Getty Images. All rights reserved. This material may not be published, broadcast, rewritten, or redistributed.
Jeff Vinnick
<p>VANCOUVER, BRITISH COLUMBIA - FEBRUARY 28: Donald Trump Jr. delivers a speech during a ceremony for the official opening of the Trump International Tower and Hotel on February 28, 2017 in Vancouver, Canada. The tower is the Trump Organization's first new international property since Donald Trump assumed the presidency. (Photo by Jeff Vinnick/Getty Images)</p>

President Trump's son is expected to visit Phoenix on Thursday, according to a Politico report.

We have reached out to the McSally campaign for comment.

On October 19, President Donald Trump held a 'Make America Great Again' rally in the Valley to support the McSally campaign.