Dangerous and even deadly start to October on Arizona roads 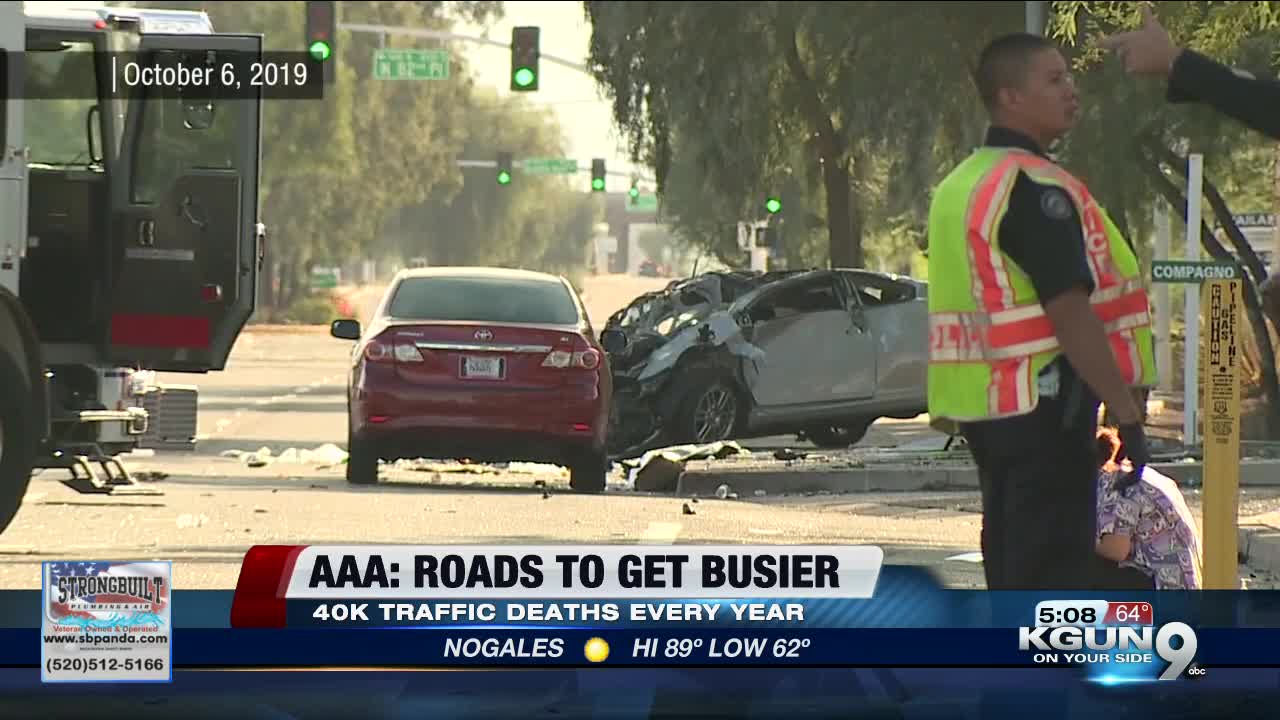 It has been a dangerous and even deadly start to October on Arizona roads. AAA says traffic is just ramping up as the cooler weather returns to the area.

It has been a dangerous and even deadly start to October on Arizona roads.

On Monday September 30, I-17 shut down for a serious crash involving a wrong-way driver. Phoenix firefighters treated at least four patients who were taken to the hospital with various injuries ranging from serious to non-life-threatening.

Then on Wednesday, October 2, there was another wrong-way driver on I-17. This time the driver was stopped by troopers.

Over the weekend however, on October 5 and 6 in the Phonix area, one person was killed and another injured near 35th Avenue and Grand after a head-on collision.

Then a pedestrian was hit and killed on I-17 Saturday night, followed by a deadly crash Sunday morning in Scottsdale.

All of this as AAA reminds our roads are about to get even busier.

"AAA expects thousands of people to flock west escaping those harsh conditions out there on the east coast. For them, Arizona is like this winter theme park and we are expecting to see a lot more cars on the roads," said Aldo Vazquez of AAA Arizona.

Vazquez also says that now more than ever, drivers should drive diligently and safely.

"Every year we have 40,000 traffic fatalities on U.S. roads and 94% of them are caused by human error, so stay away from drunk and drowsy driving, distracted driving and pay attention to the speed limits and share the road with pedestrians and bicyclists."

According to AAA, one person in the United States is killed on a roadway every two hours.