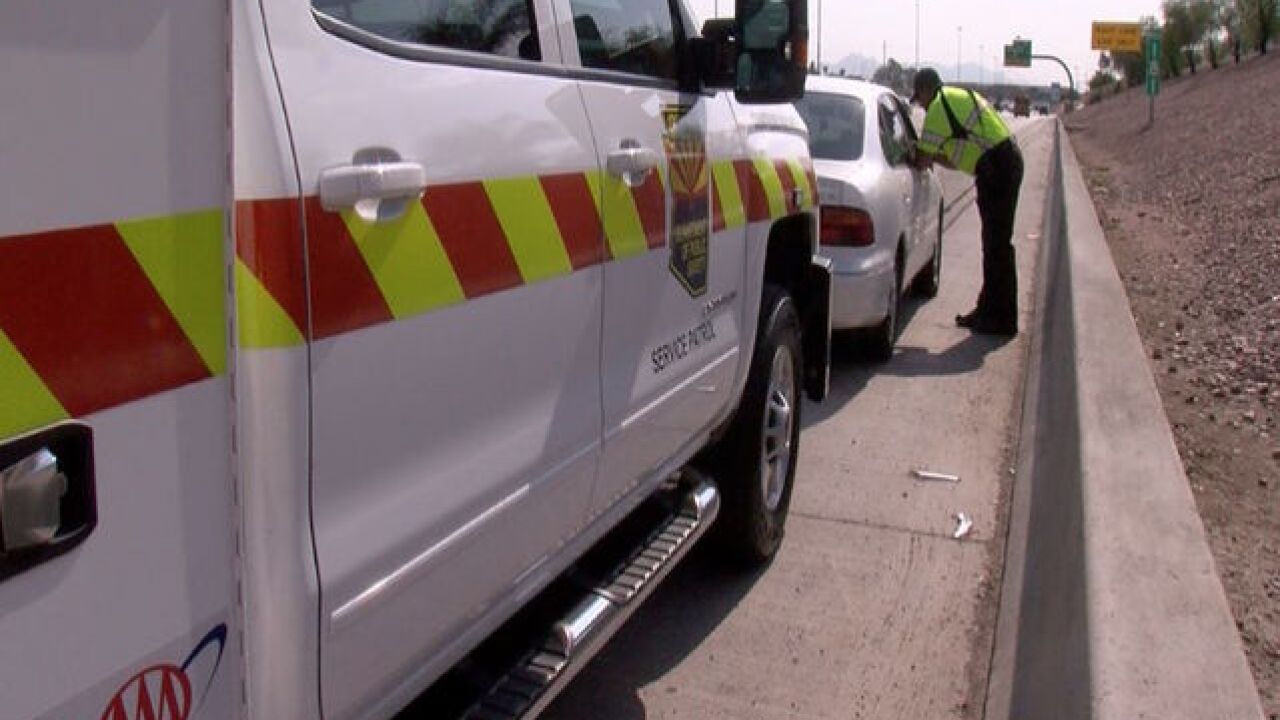 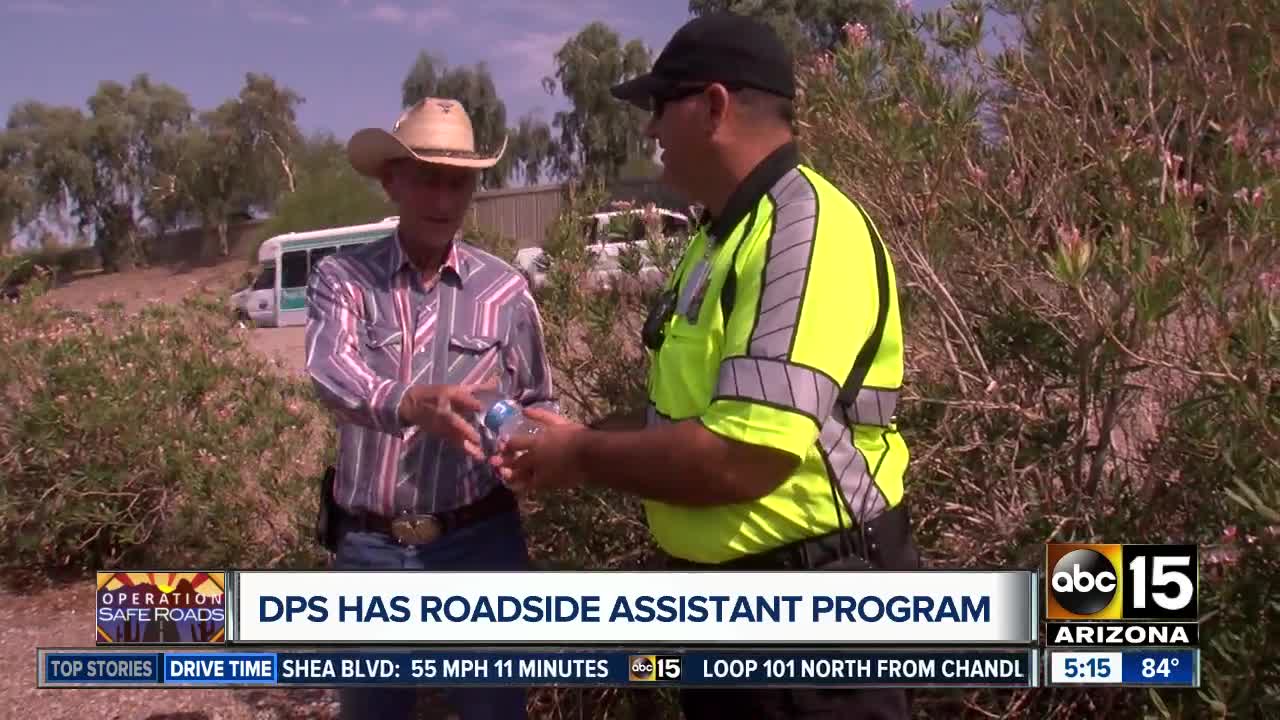 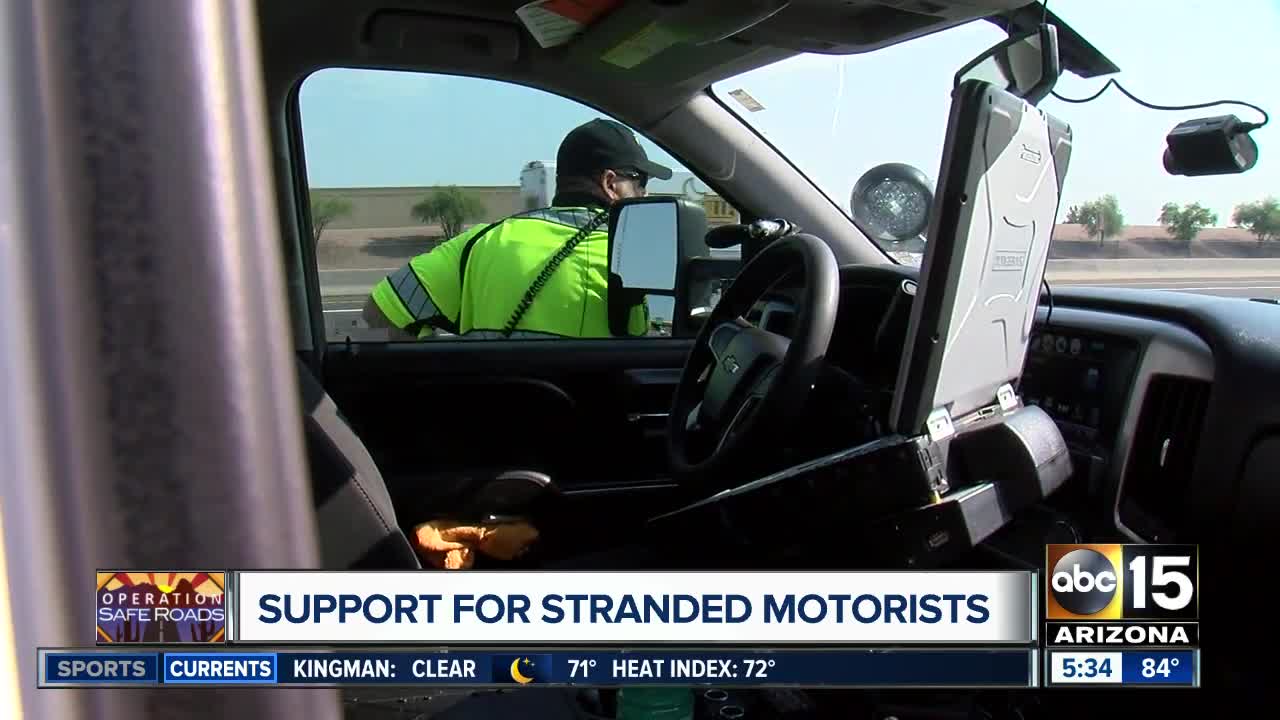 Whether it is a flat tire or a smoking front hood, car troubles are frustrations nearly every driver has had to face.

But, did you know, the Department of Public Safety actually wants you to call 911? They have a program specifically designed to help get you moving forward again.

"When you break down on the side of the freeway, it's usually a bad day," said Trooper Kameron Lee with DPS.

Trooper Lee explained that if you end up stuck behind the steering wheel, you're certainly not alone.

On average, roughly 200 people every day in our state have had car troubles.

"When the Freeway Service Patrol rolls up, your day just got a lot better," Trooper Lee said.

This program is a triple team effort with DPS, the Maricopa Association of Governments and AAA Arizona. DPS employs 'Roadside Motorist Assistants' to help you with whatever is keeping you sidelined.

"But, not only that - but, they're also a huge asset to the troopers who can go do other things... take enforcement activity, instead of responding to these motorists," Trooper Lee explained. "It really frees them up to do those things that a sworn trooper or an officer has to do."

The Roadside Motorist Assistant helped more than 12,000 motorists last year and drove nearly 450,000 miles all across our Arizona highways.

ABC15 rode along with Mike Fry. He has been on the job for more than 10 years.

While rush-hour rushes past, Fry can be seen making his way out from the safety of his vehicle to make sure someone else is safe instead.

"We go to crashes and then we go out and get debris out of the road," Fry explained.

RELATED: 4 monsoon driving tips that could save your life

Fry said that even though he is not a sworn DPS trooper, he puts his life on the line every day.

"Hills... blind curves... are pretty much more dangerous than the straightaways," Fry described. "Because people don't see you until they're on top of you."

To help him, he asks that drivers abide by the Move Over Law. When a driver sees flashing lights, get out of the way and give them space to ensure everyone makes it home at the end of the day.