Bicyclist hit by car on 'A' Mountain dies 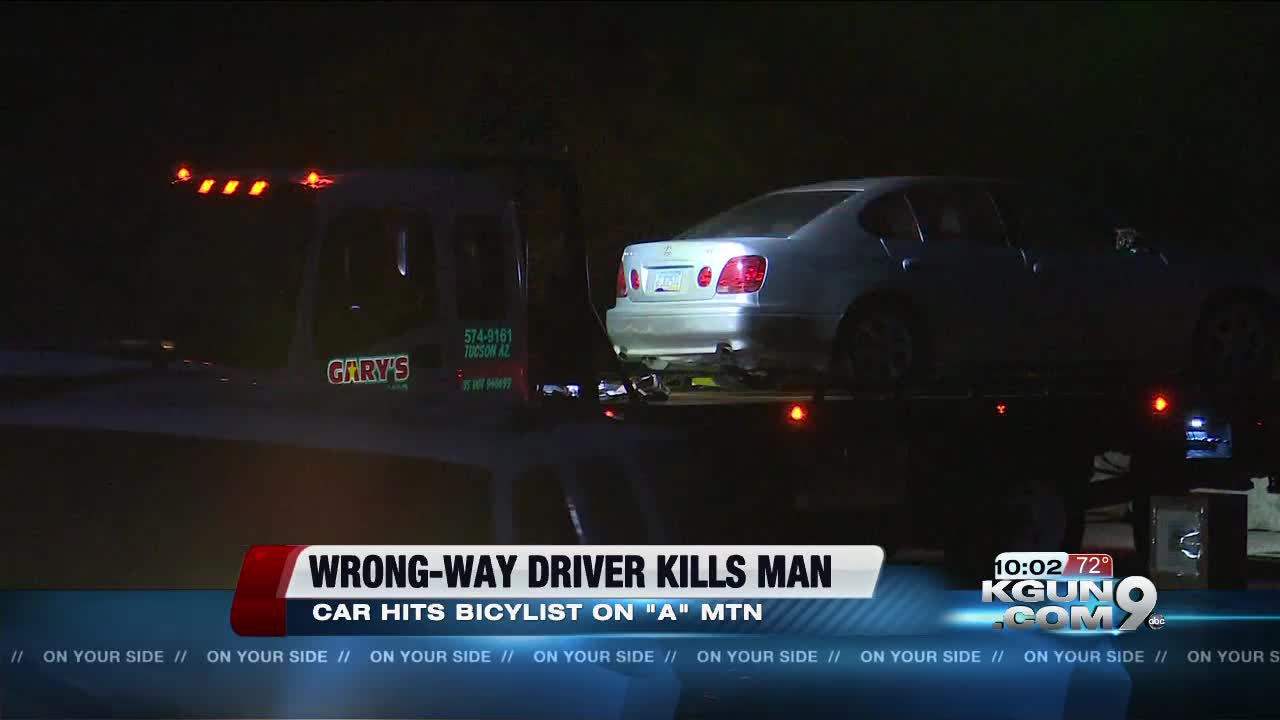 Cyclist dies from injuries after being hit by car 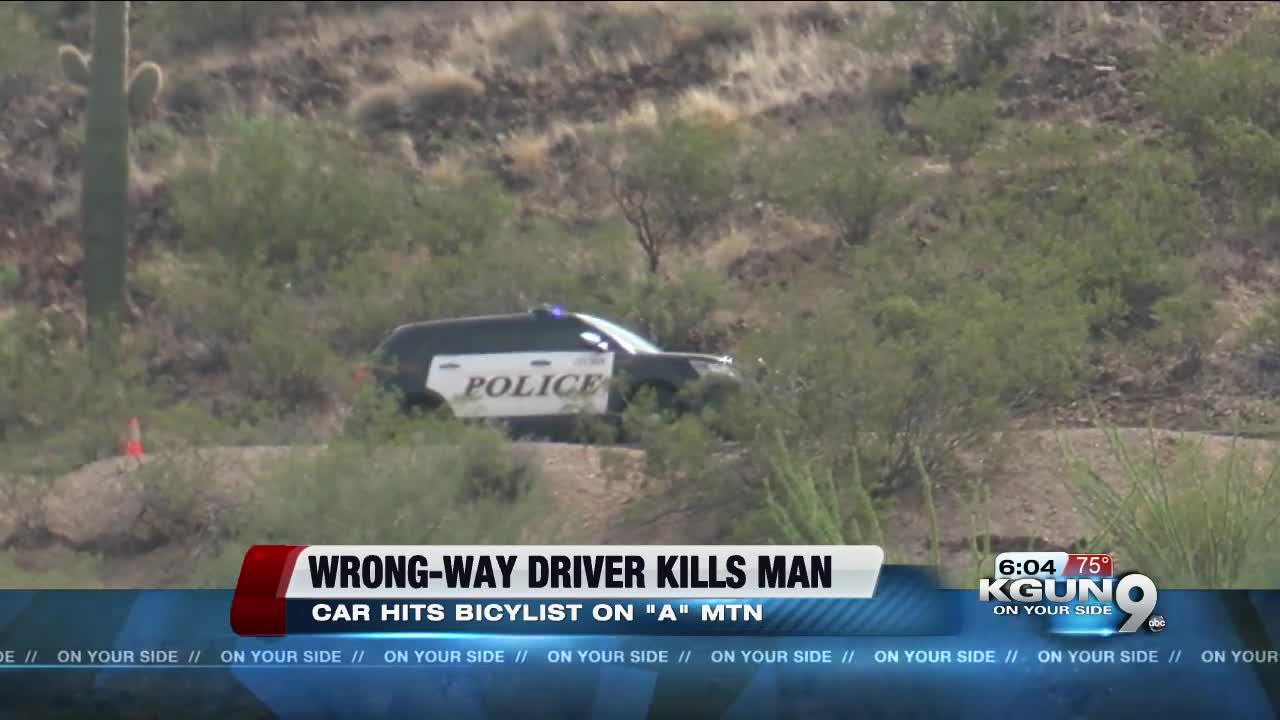 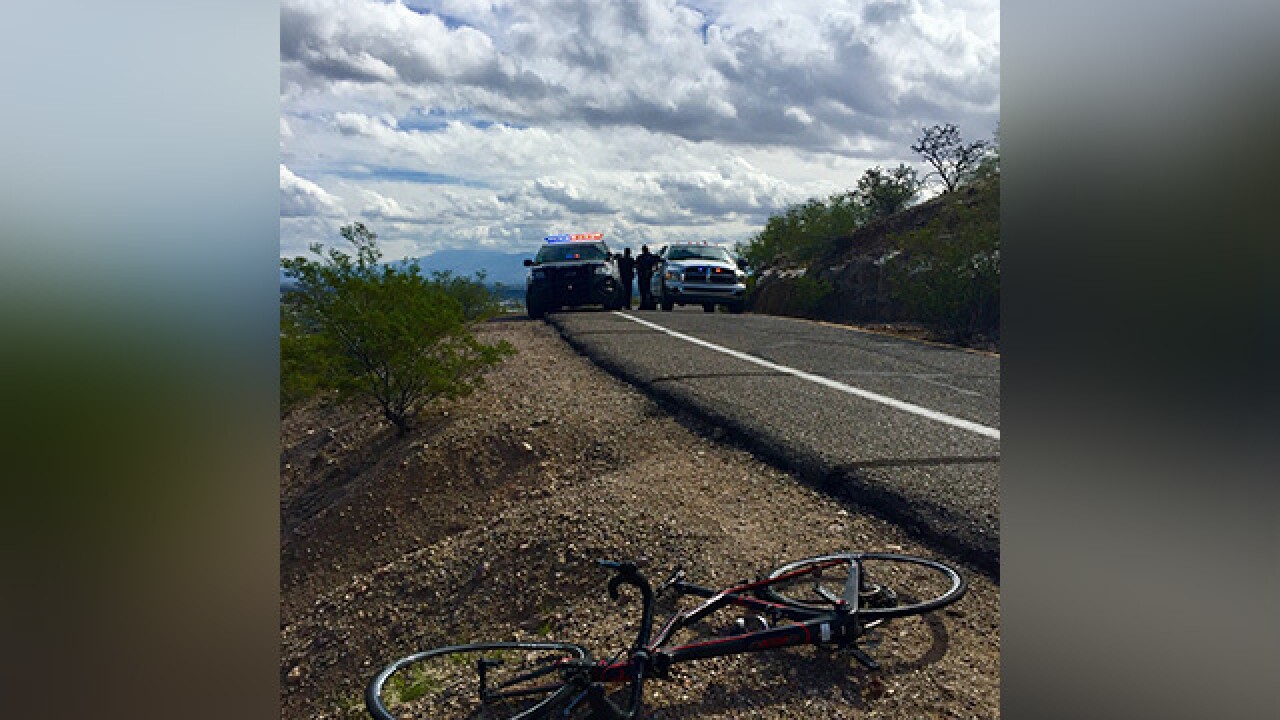 Update 10:35 p.m.: "Nobody wants the call that their loved one died, trying to do what they loved," Lisa Moch, a Bike Brand ambassador, said. "The fear is real. As I stand out here talking to you, how close the cars come to us even standing here. There's no lane. Cars drive at a pace that's just scary."

Tuscon police say today's bicycle death marks the third this year. Although impaired driving was involved in today's case, Moch says it doesn't take away from the fact that traveling up and down mountains is dangerous - for both cyclists and drivers.

"I have avoided riding this, even though I have numerous friends who ride this weekly, daily. It frightens me, so I have never attempted it," said Moch.

And "A" Mountain is no stranger to close calls and tragedies for cyclists.

"Recently in the news was another person who was hit here, the person is a very good friend of mine. Thankfully his injuries - were substantial - but he did not die. He was hit and the person left," said Moch."

Ward 3 council member Regina Romero feared a death would happen on "A" Mountain. "My office requested that the city manager to look into fixing the dangerous road issues on "A" Mountain... this is unacceptable and should not happen again."

KGUN 9 is committed to making our roads a safer place to travel on foot, on bikes, and in our vehicles. We welcome your input. Send your issues and concerns about the safety of our roadways to saferoads@kgun9.com  or call 520-290-7690.

Original Story: A bicyclist is dead after he was hit by a car on "A" Mountain Thursday morning.

When she finally made it to the parking lot, police say she lost control of her car and crashed into a boulder.

She was hospitalized with minor injuries, but the bicyclist suffered life-threatening injuries. He was rushed to Banner University Hospital where he died Thursday afternoon.

Police say there were signs that the driver of the vehicle was impaired. Police intend to book her in jail on second-degree murder charges, pending release from the hospital.

TRAFFIC ALERT 🚨:
Sentinel Peak Rd to “A-Mountain” is completely shut down while @Tucson_Police Detectives investigate a serious injury collision involving a vehicle and bicyclist. The area will be closed for the next 3-4 hours. pic.twitter.com/E99wehbUWV