DPS: Wrong-way crash shuts down southbound I-17 near Thomas Road in Phoenix 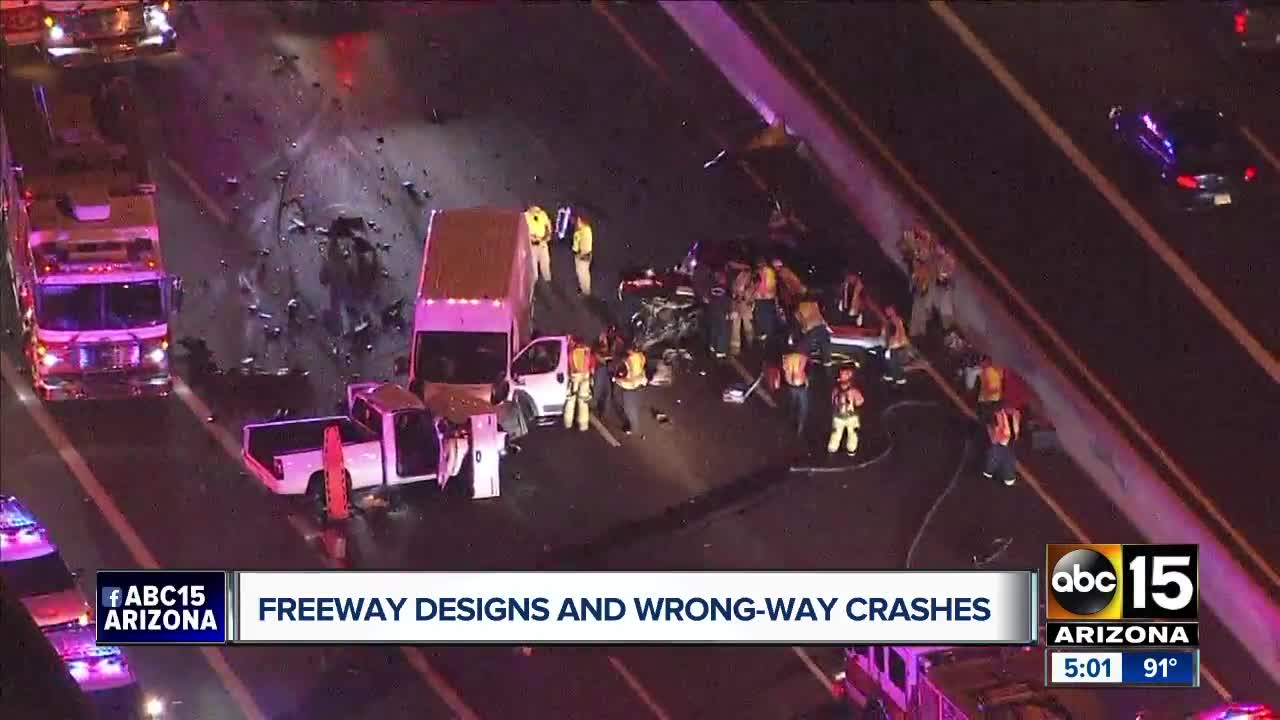 Experts say there is only so much they can do to prevent wrong-way crashes. 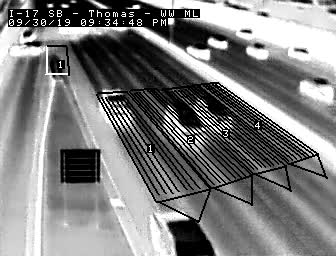 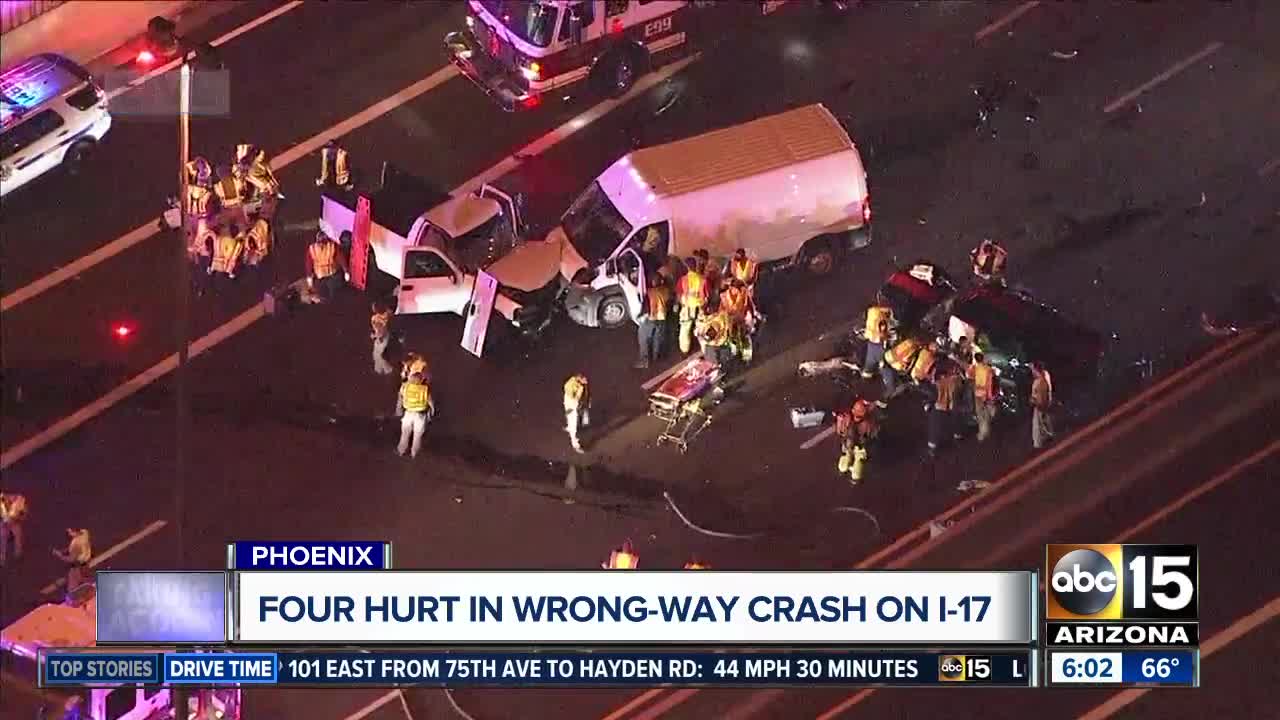 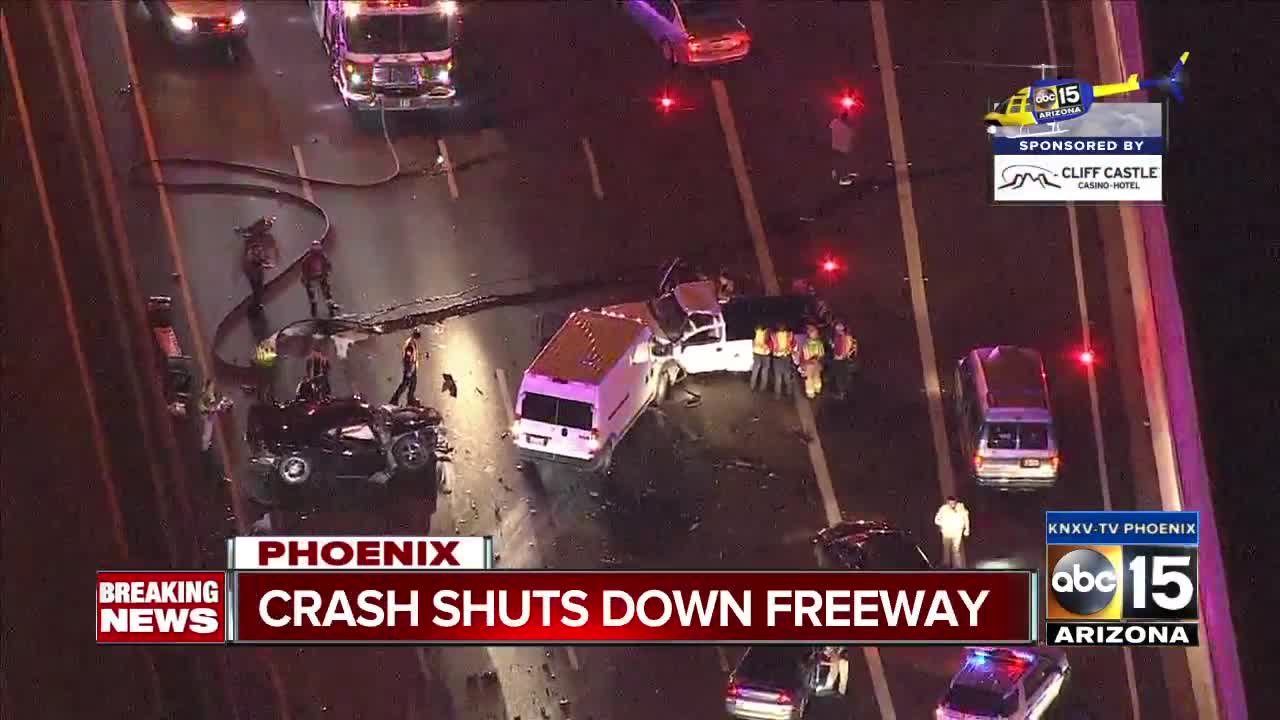 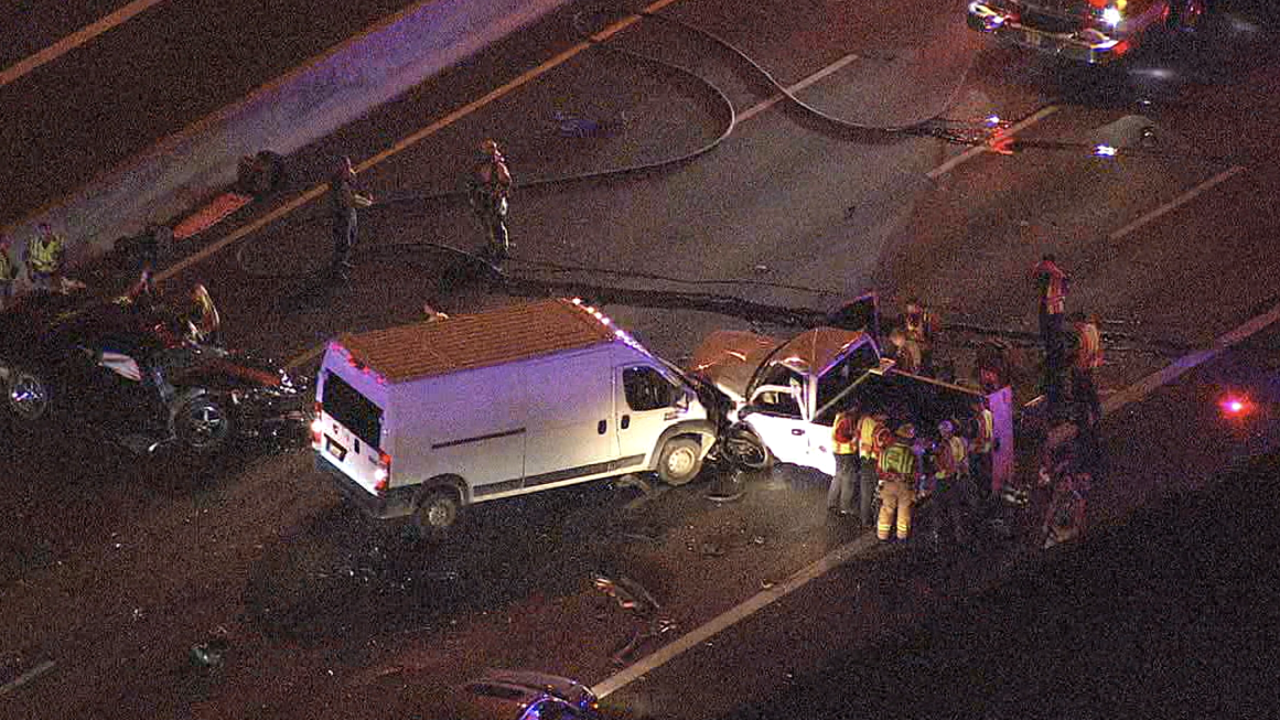 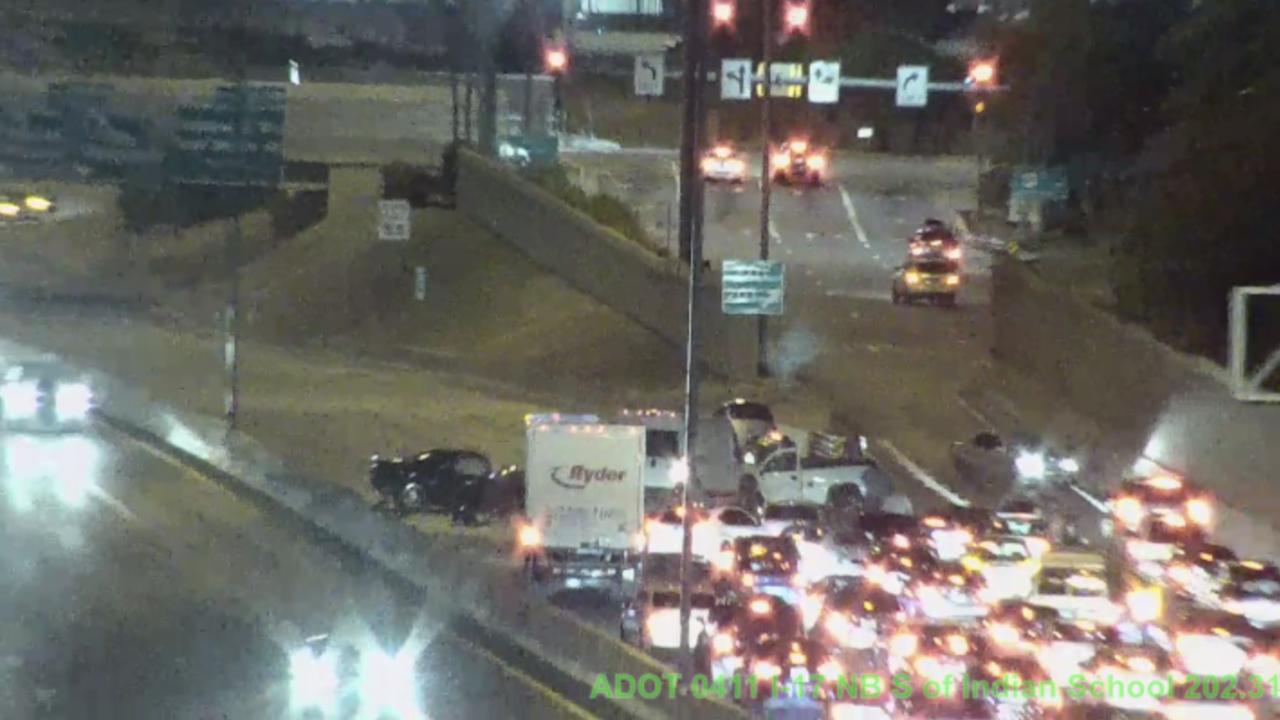 A wrong-way crash tied up traffic on a major Valley interstate Monday night.

The incident happened around 9:35 p.m. on southbound Interstate 17 and Thomas Road.

Video from the Arizona Department of Transportation's wrong-way detection system shows the vehicle driving the wrong way before the collision is partially seen on camera.

Phoenix firefighters say at least four patients were taken to the hospital with various injuries ranging from serious to non-life-threatening. All four were adults.

The wrong-way driver has only been identified as a 40-year-old man from Cave Creek driving a black Dodge sedan. He has life-threatening injuries because of the crash. DPS says drug impairment is suspected.

Since January, 2018 ADOT says wrong-way sensor cameras installed along the I-17 have detected more than 80 wrong-way vehicles.

Chris Kmetty, a construction engineering manager with Markham contracting, says despite the number of wrong-way crashes reported in the Valley, the freeways you drive on everyday are some of the newest and safest in the country.

"One of the most up to date and standard in design," he said.

One of those design features is the space between the emergency lane and the wall, which Kmetty says gives more room for not only emergency crews, but can help prevent a more severe crash.

"Those types of things help when there's an errant driver," he said. "(They can) react to get themselves back on the road safely and not have an object that they're going to hit, because any object that's in the way is going to be a potential safety detriment."

So when it comes to wrong way crashes, he says it's a behavioral problem, not a design issue with the freeway.