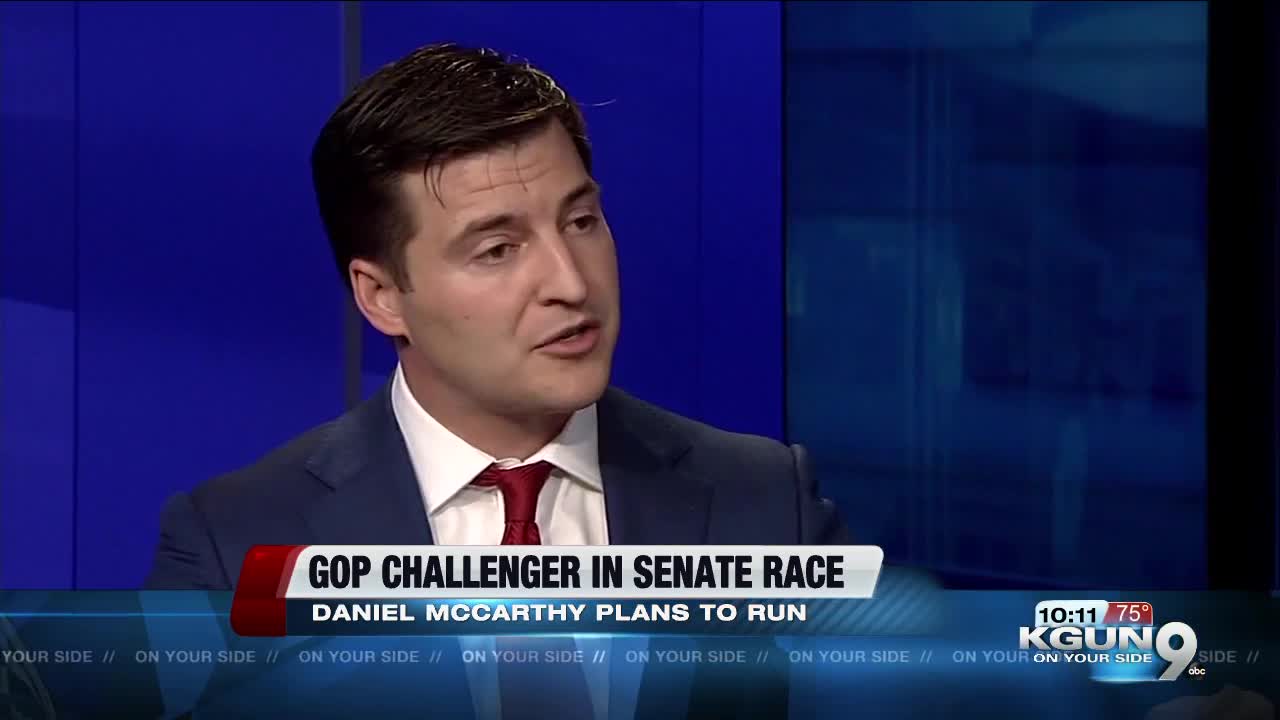 A Phoenix-area businessman says he will challenge U.S. Sen. Martha McSally in next year's Republican primary.

Daniel McCarthy told The Associated Press on Wednesday that Congress needs "conservative outsiders to step in and push back quickly."

His challenge could pose a serious threat to McSally, who was appointed to finish John McCain's Senate term after losing to Democrat Kyrsten Sinema in last year's race to replace retiring Republican Jeff Flake.

McSally advisers have blamed a hard-fought 2018 primary as an important factor in that loss. The former combat pilot ran to the right, embraced President Donald Trump and spent millions of dollars to win the primary while Sinema focused on building a profile as an independent-minded moderate.

McCarthy and his wife founded a cosmetics company and a real-estate brokerage.