Registrations up in urban and rural areas 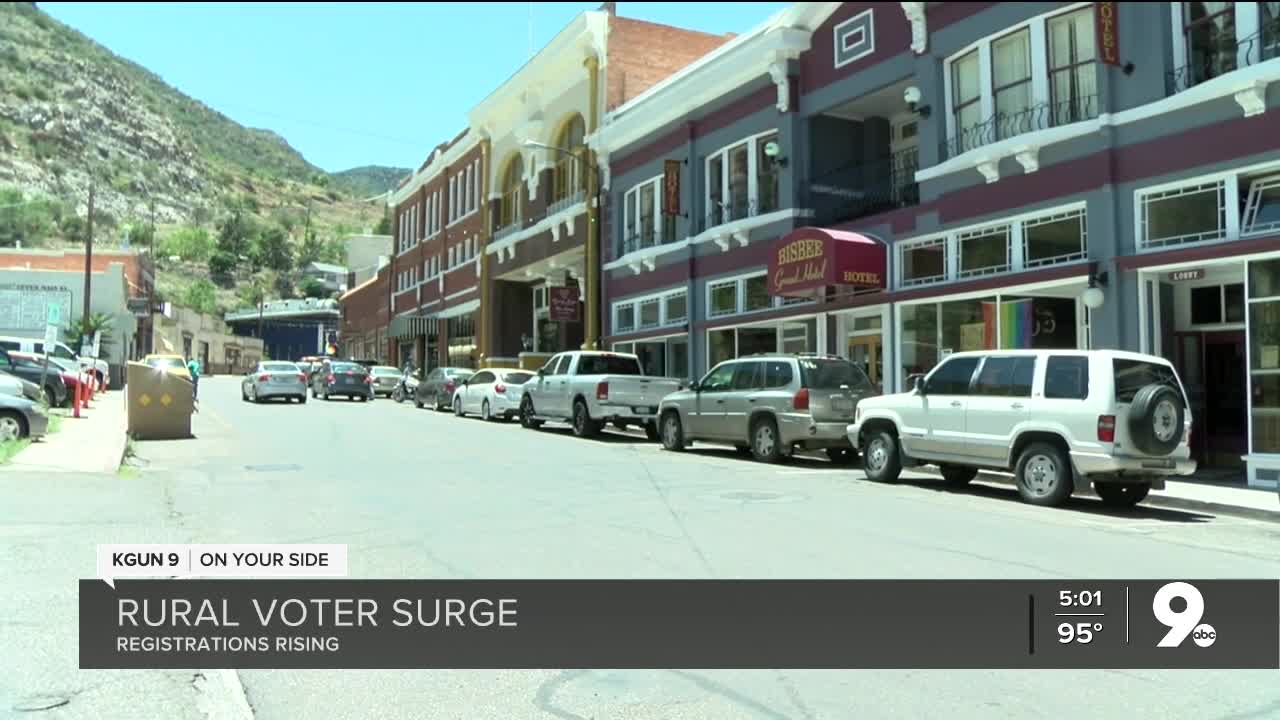 Registrations up in urban and rural areas

TUCSON, Ariz. - Arizona is a diverse mix of urban and rural areas. The 2020 election is stirring up plenty of interest in both.

Campaigns spend almost all their time in the urban areas. They reach more voters in less time and can tap into media to multiply their message. But rural voters can be enough to swing an election.

Almost 7.3 million people live in Arizona, a little over 350,000 live in the rural areas --- that’s less than five% of the state population---but the last election hinged on thin margins state to state so every vote can make a difference.

Cochise County Recorder David Stevens says his registrations were down to about 68,000 after he removed voters who don’t live in Cochise anymore.

“But it just bloomed, blossomed, you know, since September. We've had our all time high we're over 81,000 now in Cochise County.”

And he says early voters have been coming in at the rate of about a hundred a day.

In Santa Cruz County the County Recorder tells us they have close to 30,000 registered voters.

Just over 19,000 have requested early ballots; that's 66% of the voters registered in Santa Cruz.

Mail ballots can be a popular option where people may live a long way from the nearest polling place.

Cochise Recorder David Stevens says to be sure your vote counts, mail early or if you’re worried about the Postal Service do go to town to an official drop box where trained election officials will pick up your ballot to be counted.

“We send our people out. We always have two from opposite parties, from my office are all trained certified elections officials and know how to handle the ballots. Never one person at a time.”

And he says that should give voters confidence in a very high interest election.

Arizona’s County Recorders are still coping with a Federal Court Ruling that has them continuing to register voters for the November election. The usual cutoff for November would have been last Monday, but a Federal Court ordered registrations for this election to continue until October 23rd after a group complained COVID precautions made it harder to register voters. That ruling is under appeal.