Voter registration extended but will be fought on appeal 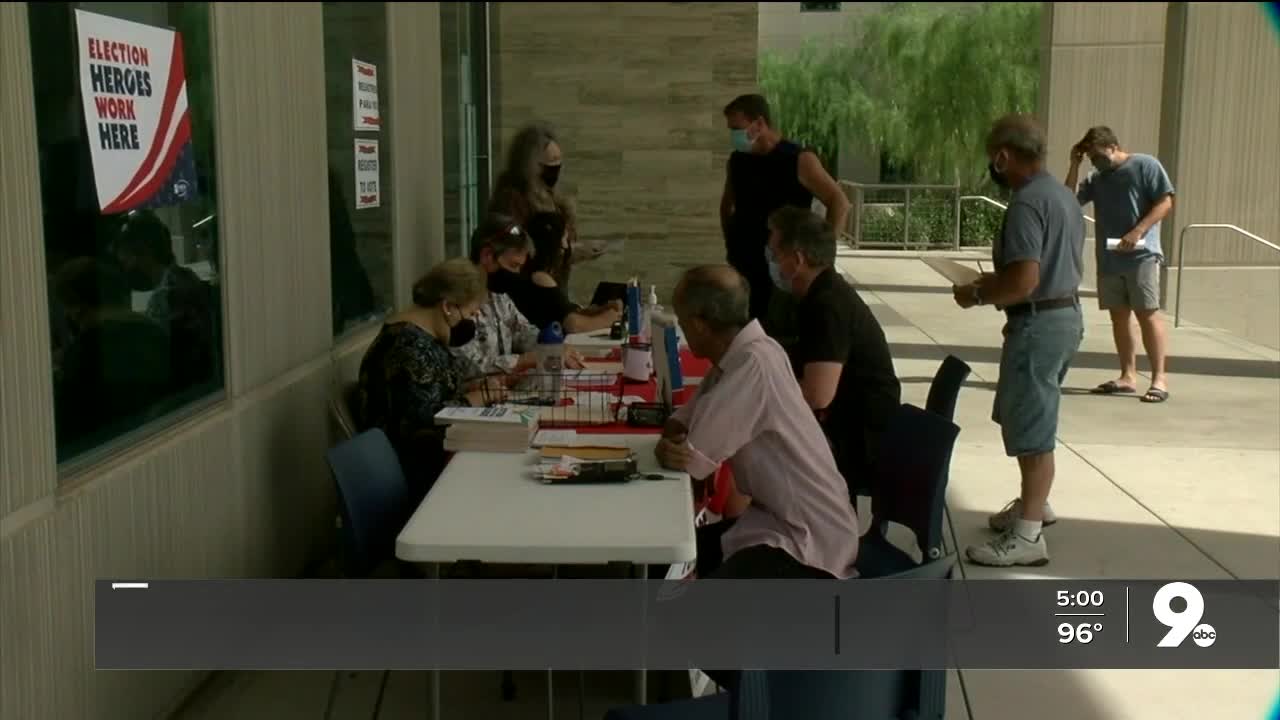 TUCSON, Ariz. - Arizonans got another almost three weeks to register to vote in the November election. That’s the result of a court order that came late Monday. But there’s an appeals court battle shaping up that could stop registration again.

On Monday Pima County Recorder F. Ann Rodriguez was out in front of her office working with staff to register voters on what would normally be the last registration day for the November election. But that cutoff was canceled a few hours later when a Federal Judge in Phoenix agreed with a group called Mi Familia Vota.

It argued COVID-19 restrictions made it so hard to register voters in person that it unfairly prevented people from having the right to vote.

Mi Familia Vota says registering online with a driver's license is not a reliable option for many of the people it works to register. Eduardo Saenz, the organization's state director, says they need to sign up in person because many are new U.S. citizens.

“So, for those people that are practicing social distancing that just recently became naturalized U.S. citizens voter registration online is not an option because it will go back to the outdated files that they are, by motor vehicles had as listed individuals as non citizens.”

Arizona Secretary of State Katie Hobbs argued the normal time period offered plenty of time to register and that the Governor’s COVID orders specifically did not restrict activities like voter registration, but the Judge ordered registration extended almost three weeks to October 23rd.

Secretary of State Hobbs says she wants to move forward so she will not fight the ruling.

The state’s Service Arizona registration site already shows the extension to October 23rd but warns appeals could change that.

In the original suit the Republican National Committee argued in part that extending the deadline would force it to extend its own voter registration efforts at a cost of about 37 thousand dollars a week. The RNC and the Republican Senatorial Committee filed an appeal as soon as the judge ordered the deadline extension. That could lead to an order suspending the extended registration until the appeal is decided.