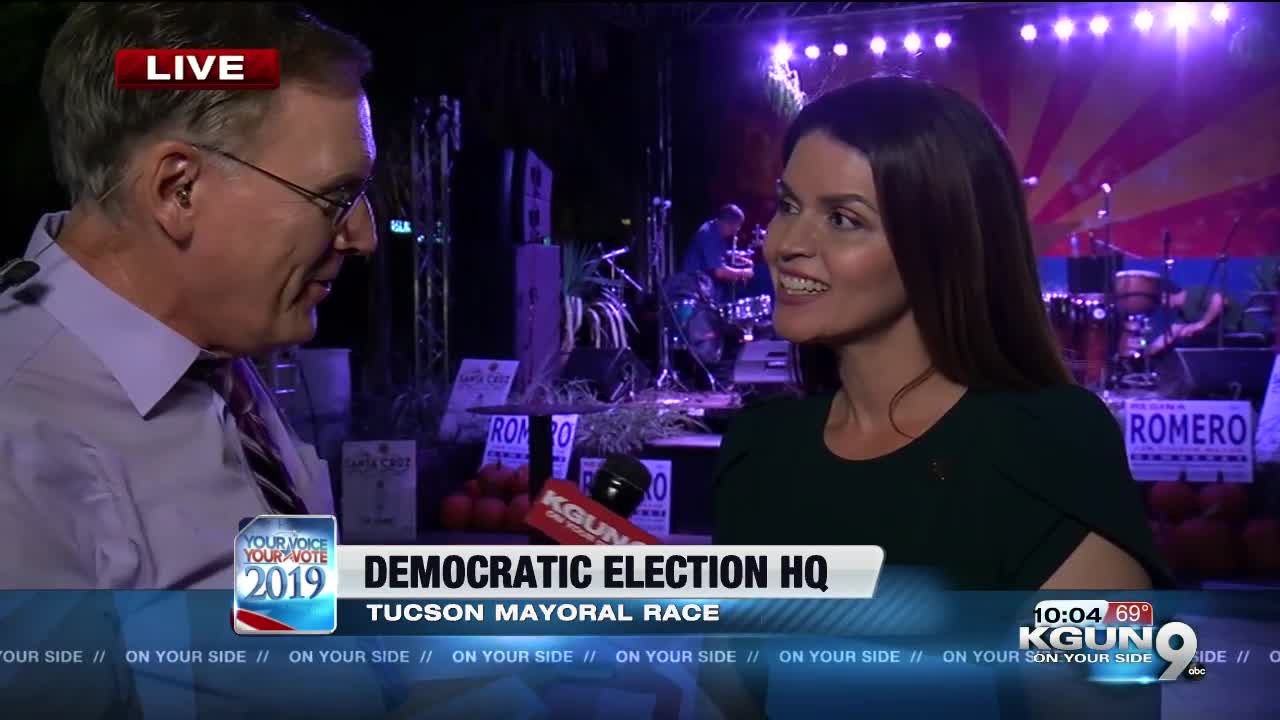 Former Tucson City Councilmember Regina Romero has been elected to serve as the city's next mayor, according to unofficial results released by the city Tuesday evening. 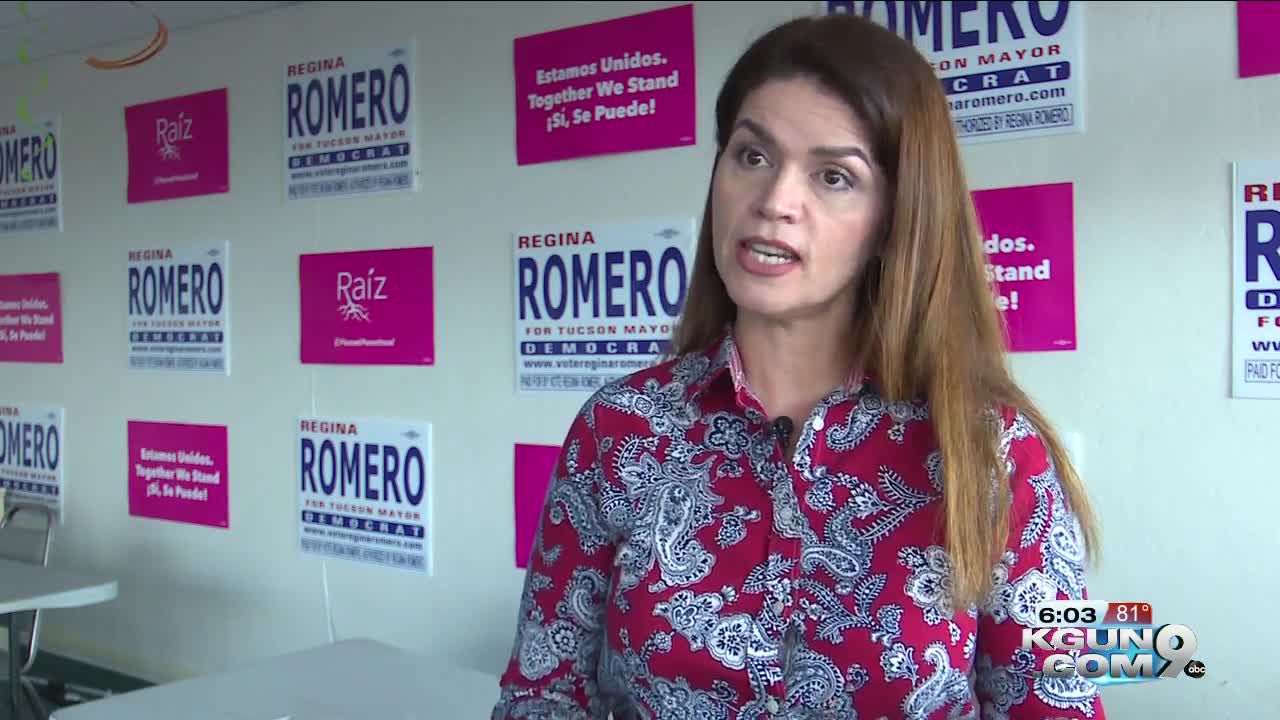 TUCSON, Ariz. — Former Tucson City Councilmember Regina Romero has been elected to serve as the city's next mayor, according to unofficial results released by the city Tuesday evening.

Romero will be Tucson's first female and first Latina mayor.

Romero has represented Ward 1 on the City Council since 2007. She was the first Latina elected to the City Council, and will be the first to to serve as mayor of Tucson -- a city with a Hispanic population of nearly 43 percent, according to the most recent census data.

Democrats from around the country tweeted their congratulations to Romero on election night, including Senate candidate Mark Kelly, Arizona Superintendent Kathy Hoffman and presidential candidates Elizabeth Warren and Julian Castro.

Tucson made history today and elected the city's first Latina mayor. Congratulations to @TucsonRomero on her historic win. Our city is in great hands. #TucsonMayor

Felicidades! Not only does @TucsonRomero lead the way as Tucson's first female and first Latina mayor, her win means that Arizona will now have two amazing female mayors for our two biggest cities.

I look forward to working with Regina as we serve Arizona's communities! https://t.co/JVNqPkSgzd

Congratulations to @TucsonRomero on her historic election as the first Latina and first woman mayor of Tucson, Arizona! Regina is a champion for our environment and working families—and I'm looking forward to the big, structural change she'll bring to her community.