Monday deadline to register to vote 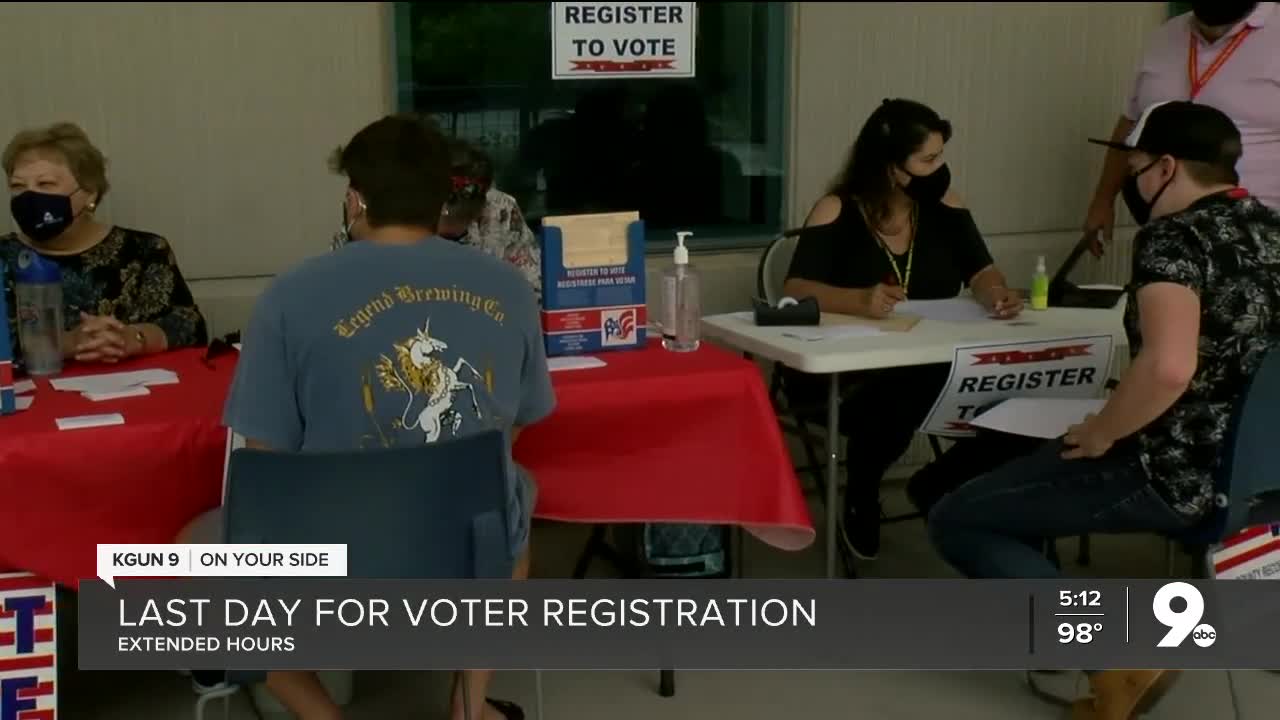 TUCSON, Ariz. - It is a hotly contested election---and if you want to be part of it, today, Monday, is your last chance to register to vote.

Outside her office downtown, F. Ann Rodriguez helped with voter registration for the seventh Presidential election since she became Pima County Recorder. She’s retiring so this is her last election but also the busiest. Record numbers of citizens are making sure they’ll be able to vote. She says more than 620 thousand people have registered. She’s expanding hours to make sure you can sign up.

This downtown location (240 N. Stone) will be open until 10 tonight (October 5), the same goes for the Eastside Recorder’s Office just west of Broadway and Kolb at 6920 E Broadway Blvd, Suite D.

Rodriguez wants to warn voters away from registration sites that are not official government operations.

You can register online through the Pima Recorder site, or through Service Arizona, the site for the Arizona Department of Transportation. Those sites will take registrations until midnight but Rodriguez warns Service Arizona could become overloaded.

The Recorder’s website does have a way you can confirm your registration.

Now that it’s so easy to use social media to spread mistaken or deliberately false information, Pima County has assembled an oversight committee designed for a quick response with true information.

Rodriguez says, “We are the trusted source, not some group that's somebody that I don't even know where they're at, in DC, California, you know, wherever they have they have no they have no idea about our election laws. Okay, so they kind of like just put a blanket thing out there you know so we're, we're trying to keep ahead of them, and the public, again, needs to trust us.”

Pima County’s mail ballots go out in two days. The Recorder will have drop boxes for anyone worried about mailing them in.