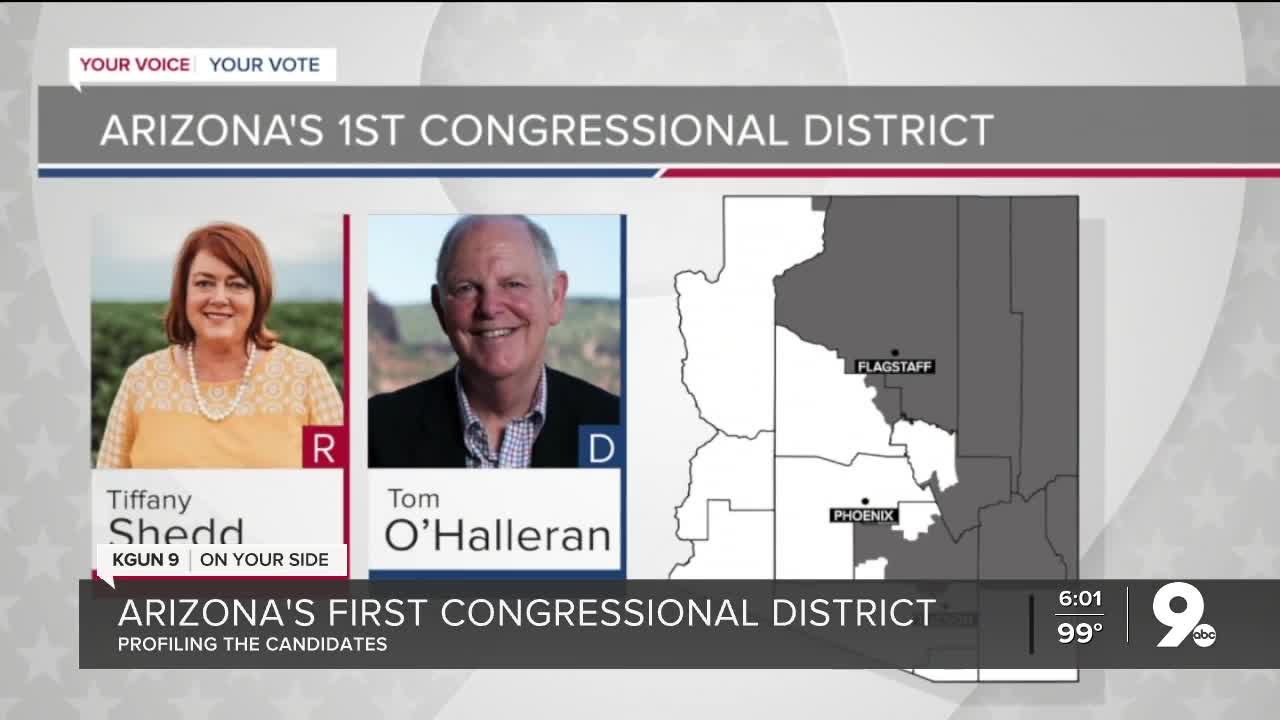 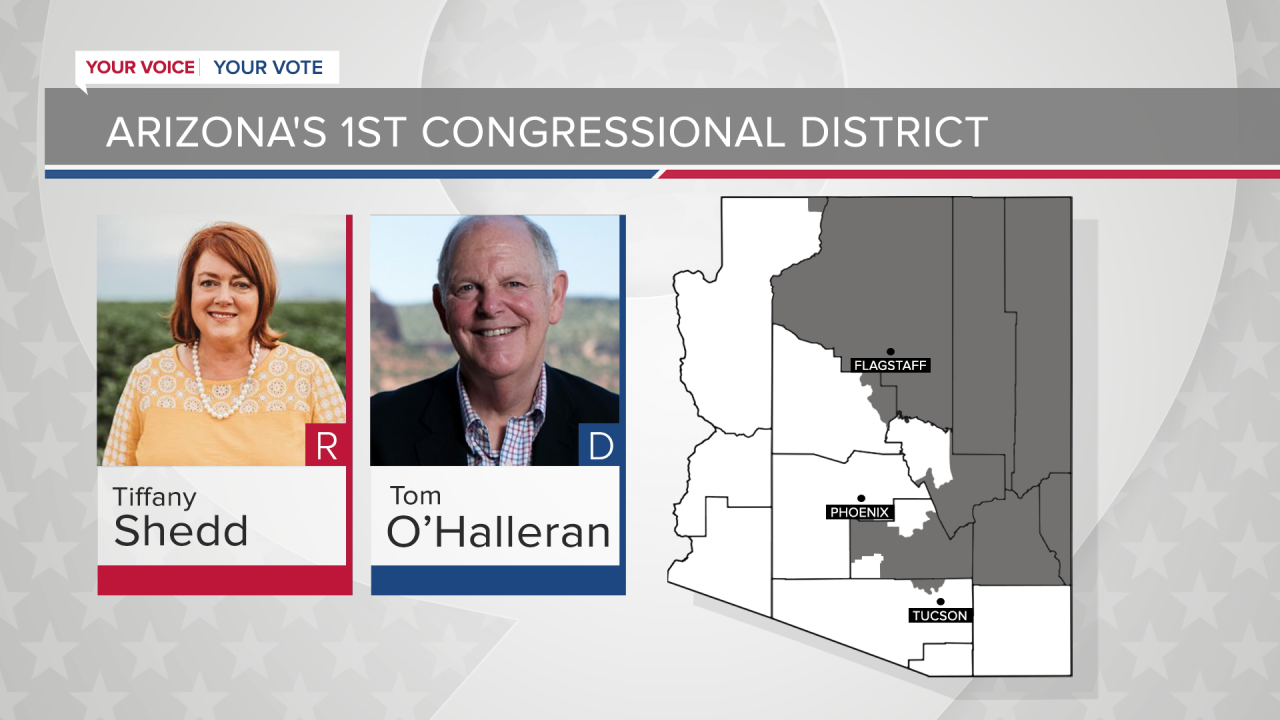 O’Halleran is a former Chicago police officer and worked in Arizona state government before becoming the district's current representative in Washington D.C.

“Current incumbent Arizona's 1st Congressional District running for my third term,” said O’Halleran. “Served 8 years in Arizona's legislature at the turn of the century 01 to 09.”

“I have lived in the district my entire life,” said Shedd. “Went to the University of Arizona for undergrad and law school so bear down go Wildcats!”

Arizona's 1st congressional district is larger than the state of Illinois. It stretches from areas of northern Tucson, much of the state east of Phoenix, and into northern Arizona including Flagstaff.

“I will do everything we can to have our forests managed correctly so we do not see catastrophic wildfire including appropriations for that,” said Shedd.

Both candidates say they want to expand opportunities for rural Arizonans.

“We have to be able to stabilize rural America and rural Arizona and that require broadband and the ability to incentivize people to move into the area,” said O’Halleran.

We asked Shedd and O'Halleran how they plan to respond to the pandemic and economic downturn.

“We need to make sure we are taking care of the vulnerable our seniors in nursing homes and doing everything we can to safely reopen the economy,” said Shedd.

“Longterm thinking on our healthcare systems and our hospitals how they are designed, and we don't want people who have heart problems and cancer problems afraid of going to their nearby hospital because of COVID.”

And we asked why they think they should get your vote. Shedd says as a lifelong resident she knows the issues facing arizonans in the district.

“I will do everything in my power to fix those problems and not be beholden to interests in New York Washington DC and California,” said Shedd.

O'Halleran pointed to a history of reaching across the aisle.

“The idea here is to bring the American people together, bring the people of district 1 together, Arizona together, to find that common ground so we can move forward,” said O’Halleran.