Appeared at large rally in Phoenix 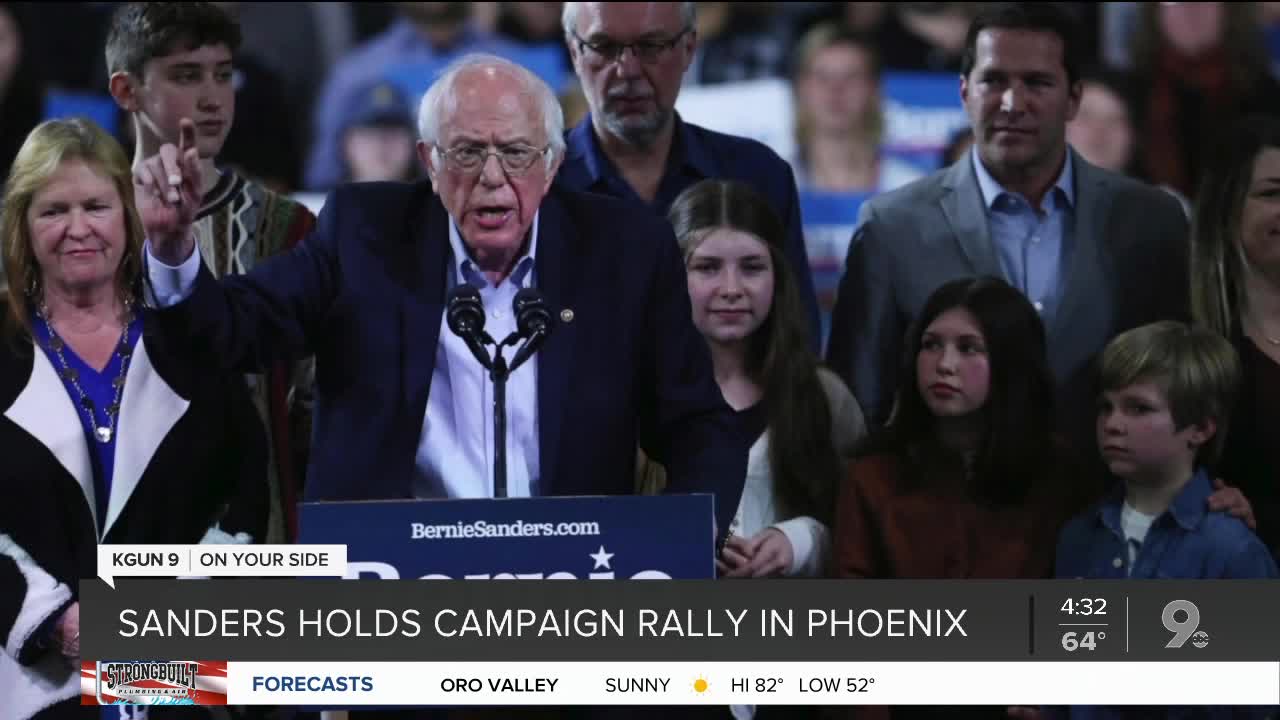 The Phoenix Veteran’s Memorial Coliseum has become a popular place for political rallies at both ends of the spectrum. A few weeks ago Donald Trump was here. Thursday was Bernie Sanders’ night. 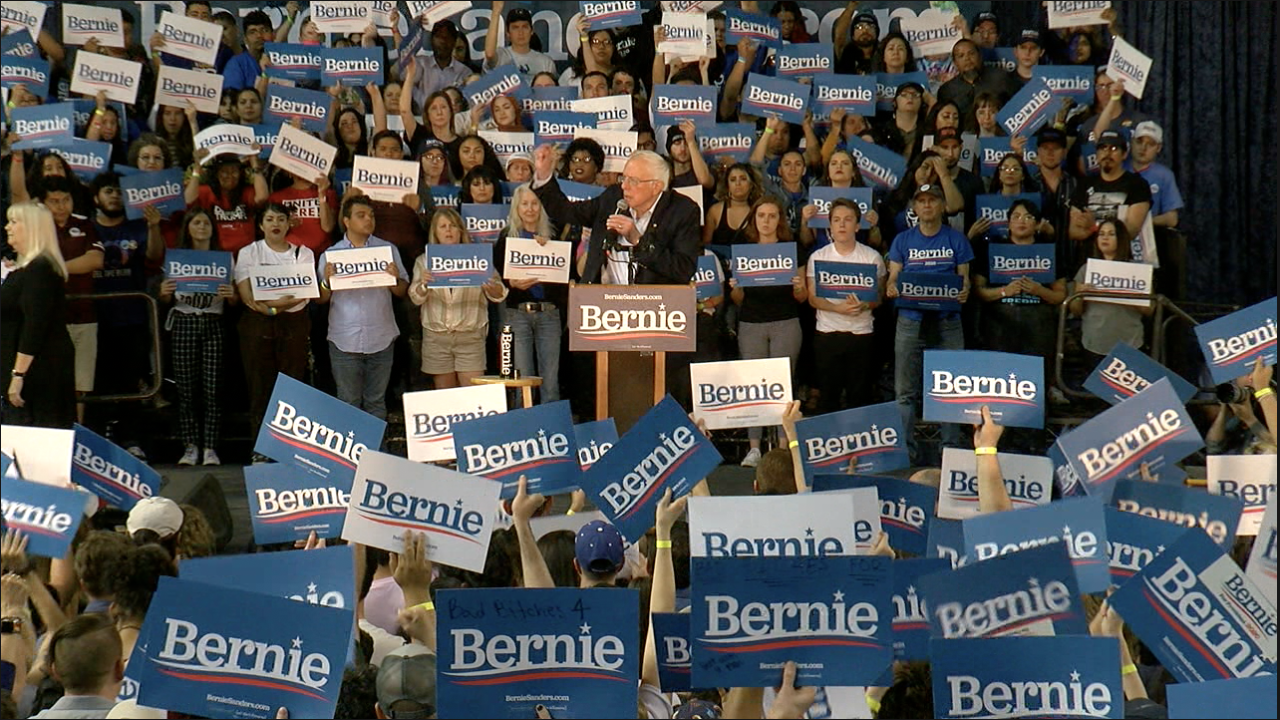 PHOENIX, Ariz. - The Phoenix Veteran’s Memorial Coliseum has become a popular place for political rallies at both ends of the spectrum. A few weeks ago Donald Trump was here. Thursday was Bernie Sanders’ night.

Rally crowds tend to pump themselves up and pump up the candidate too. Sanders and his crowd put plenty of energy into their favorite issues.

Sanders called for Medicare for all including healthcare for undocumented immigrants.

He promised to fight for a complete overhaul of the immigration system.

“My father came to this country without a nickel in his pocket, couldn’t speak a word of English and had very little education. I will not accept the continued demonization of the immigrants.”

Sanders says the war on drugs has been a failure that has victimized minorities.

“Turns out one thing you can do with an executive order is to legalize marijuana.”

Allan Caballero Says his fiancée is a teacher so he was especially touched by Sanders support for teachers and education.

“Teachers are just working so hard just to not even get paid for anything.”

Stina Shaffer likes a different aspect of Sanders: “Feed the sick. There was another Jewish man that had that same message for people. That really resonates with me. Bernie Sanders has that same message.”

Now that the race for the Democrats is really down to just two, Sanders says he’d support Joe Biden if Biden is nominated and he’s confident Biden would support him but he went on to say Biden has taken many stands Sanders opposes and he says Biden has taken too much big money to really be an ally of the working man.