Arizona’s political personality may be changing 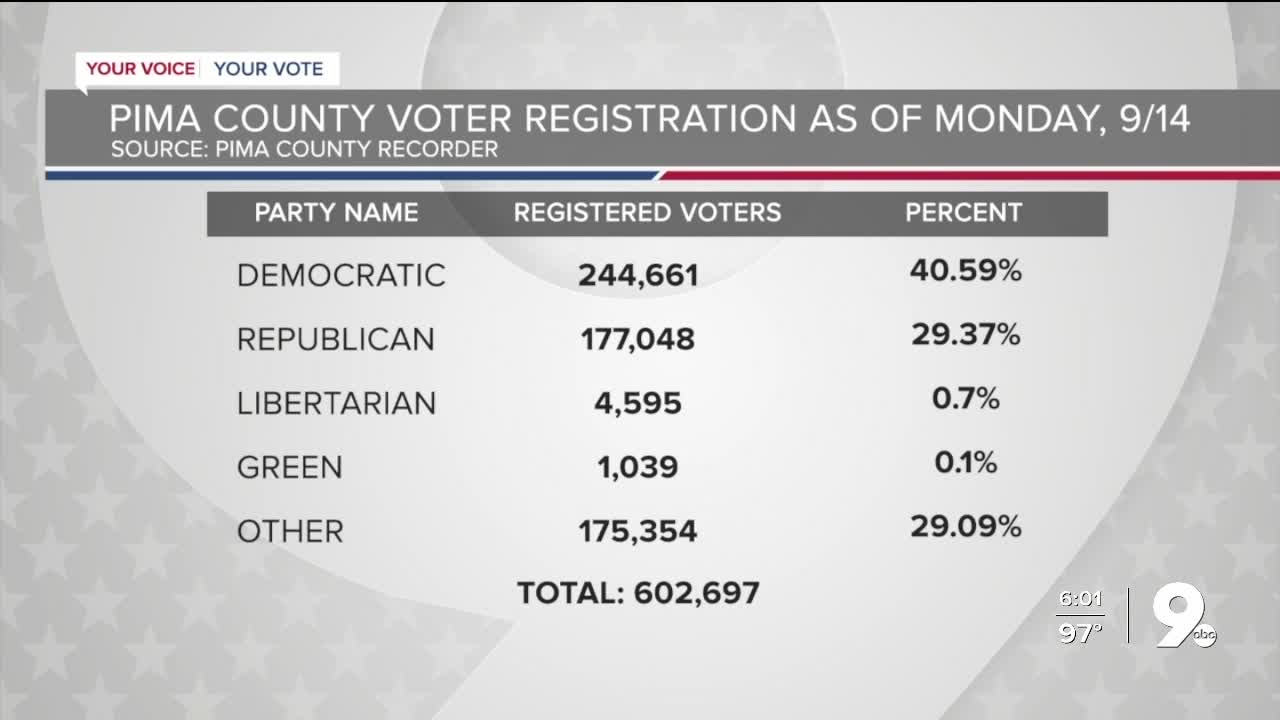 TUCSON, Ariz. — Arizona is evolving from a reliably Republican state to a place where the Presidential election could be tougher to predict. That’s the story political analysts see in our state’s voter registration figures.

Republican Presidential candidates have carried Arizona since Eisenhower ran 68 years ago. Bill Clinton was the one exception in 1996. But population growth here has been eating away at the Republican edge in registration. Republicans still have a registration advantage but statewide it’s only about 2.4 percent.

Pima County has been a rare Democratic stronghold. The latest figures for Pima County give Democrats more than an 11 percent edge in registered voters.

University of Arizona professor Kate Kenski studies political communications. She thinks voters who’ve declared a party are so angry at each other they’re not likely to be changing their minds.

“So whichever side can really, you know, beat the drums, so to speak, generate that enthusiasm, get their people to the polls. That's the side that is going to carry the election.”

UA Government professor Lisa Sanchez says a lot of the growth for the Democrats has been with young Latino voters. But about a third of Arizonans statewide registered with no party. Independents account for about 29 percent in Pima County.

Sanchez says a lot of independents really lean towards being Democrat or Republican. They just never officially signed on with a party.

Kenski says independents don’t always turn out as reliably as party members do, and the issues that motivate them can vary more than with voters who’ve chosen a party.

Sanchez says Pima County’s Democratic base has been a smaller but significant counterbalance to Maricopa County which usually votes Republican but is seeing a rise in Democratic strength.

Both political analysts say the reaction to COVID 19, and the economy make this election one like they’ve never seen before.