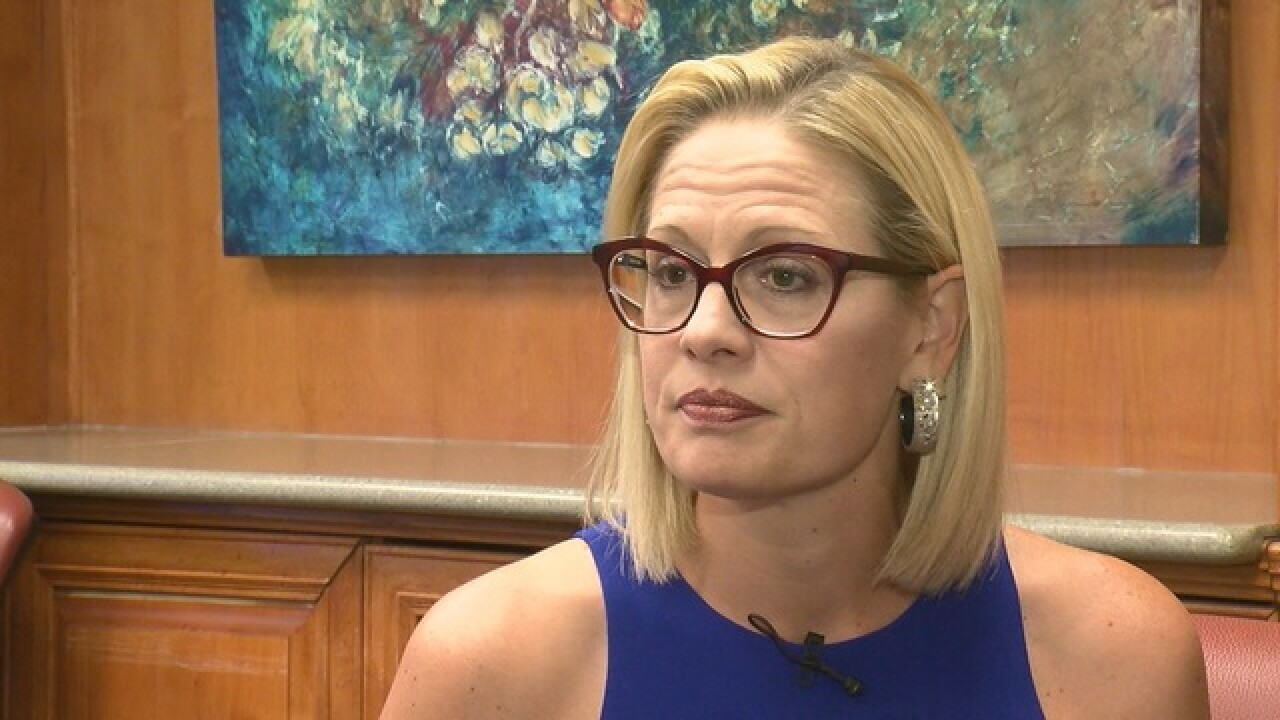 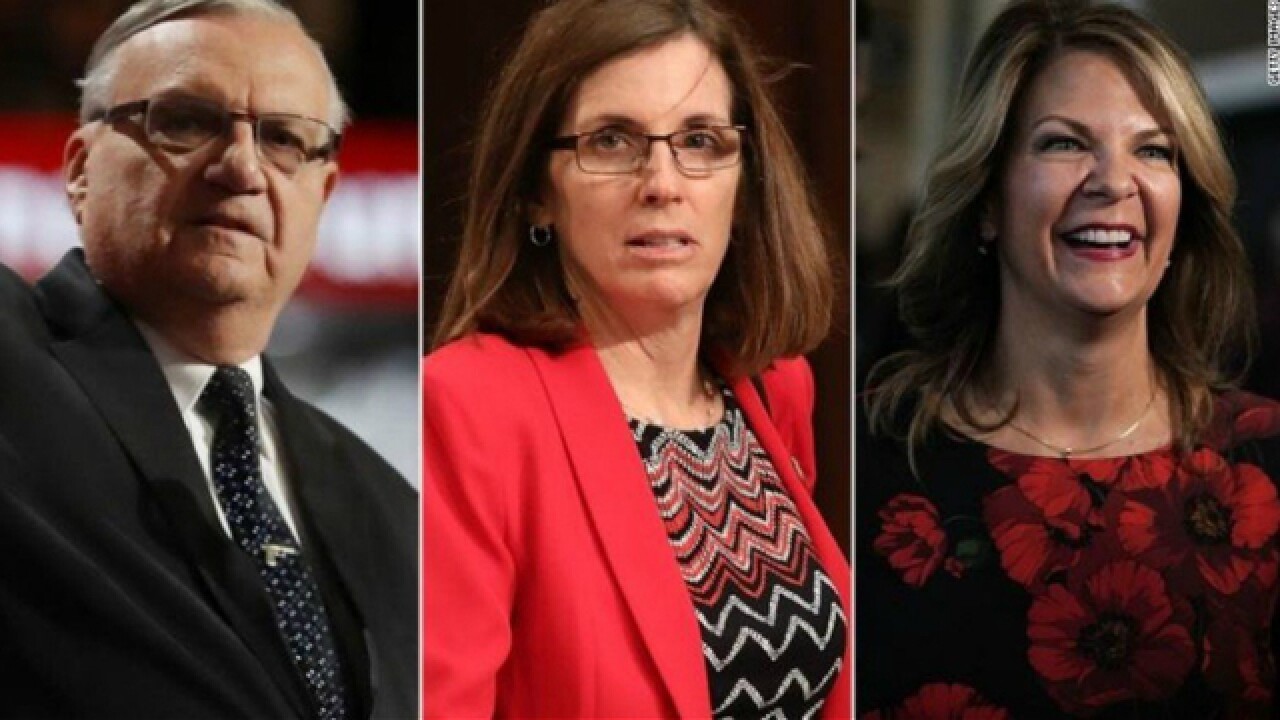 Arizona's Republicans on Tuesday will decide a three-way battle over which candidate to nominate to replace the state's junior U.S. Senator, who is retiring because he has no political future after criticizing President Trump.

The president has dominated the race to replace Sen. Jeff Flake even though he's refrained from endorsing any of the three candidates.

The overwhelming favorite is Rep. Martha McSally, a onetime Trump critic from a swing district who's touted her growing bond with the president at every turn.

McSally is favored because opposition to her on the right is split between two insurgent candidates, former Maricopa County Sheriff Joe Arpaio and former State Senator Kelli Ward.