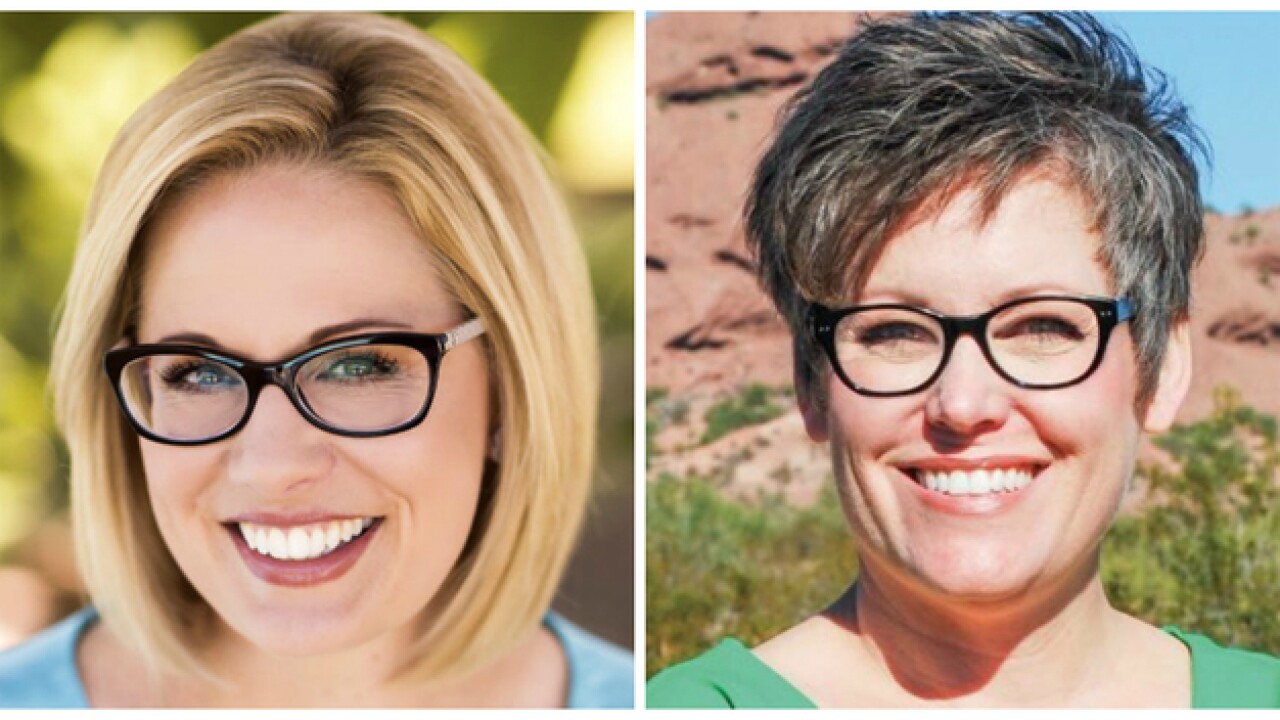 As ballot counting continues in Arizona, two statewide elections are turning for Democrats.

Democrat Kyrsten Sinema, who was trailing Republican Martha McSally after election night, now holds a lead of more than 38,000 votes, or more than 1.6 percent. Her lead widened Monday afternoon when Pima and Maricopa Counties reported their latest batches of ballots to the state.

Meanwhile, the dead-heat race for Secretary of State has turned toward Democrat Katie Hobbs. On election night, Republican Steve Gaynor held a significant lead, and the Associated Press officially projected his victory before the night's end.

Despite the news from the AP, Hobbs refused to concede the race. Since then, ballot counting has consistently moved in her favor until she briefly took the lead Sunday night. By Monday morning, Gaynor held the lead by 1,000 votes. After the latest results came in from Pima and Maricopa Counties Monday afternoon, Hobbs took the lead by nearly 6,000 votes.

The latest tabulation from Pima County means a record set in 2010 was also broken, according to Arizona Secretary of State analyst Garrett Archer:

Pima county has broken its record for highest turnout percentage in a midterm set in 2010.