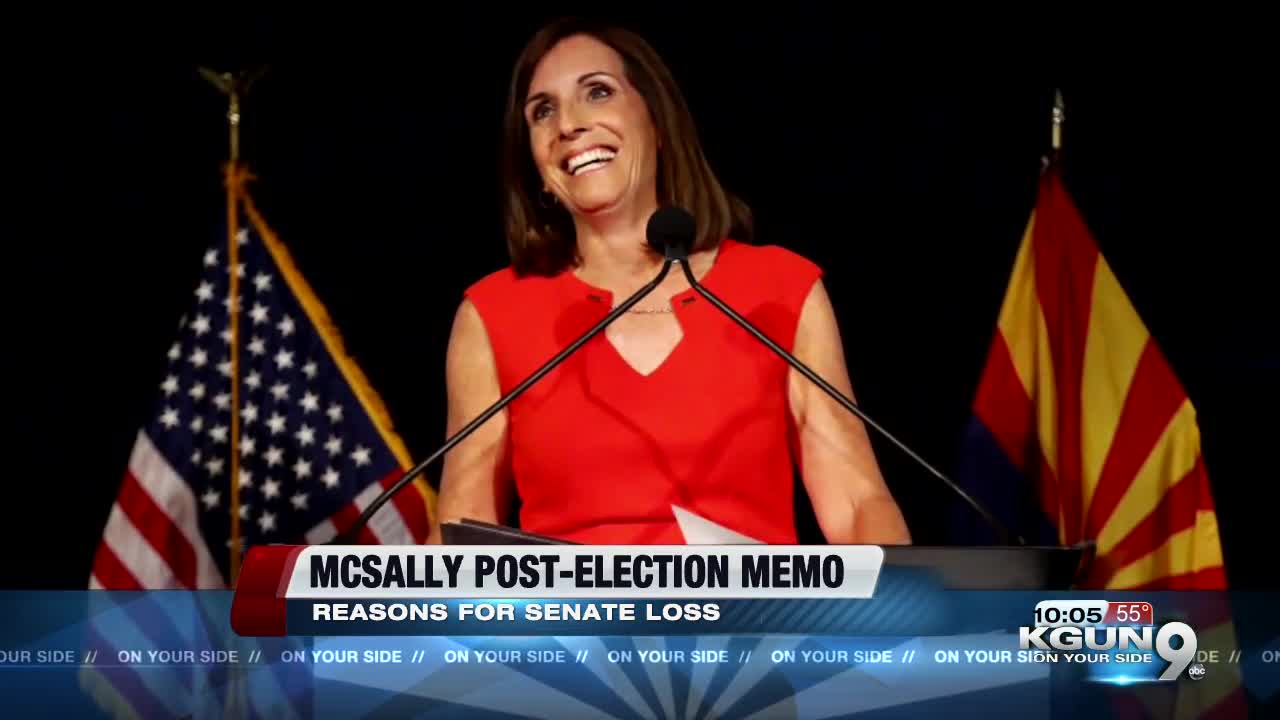 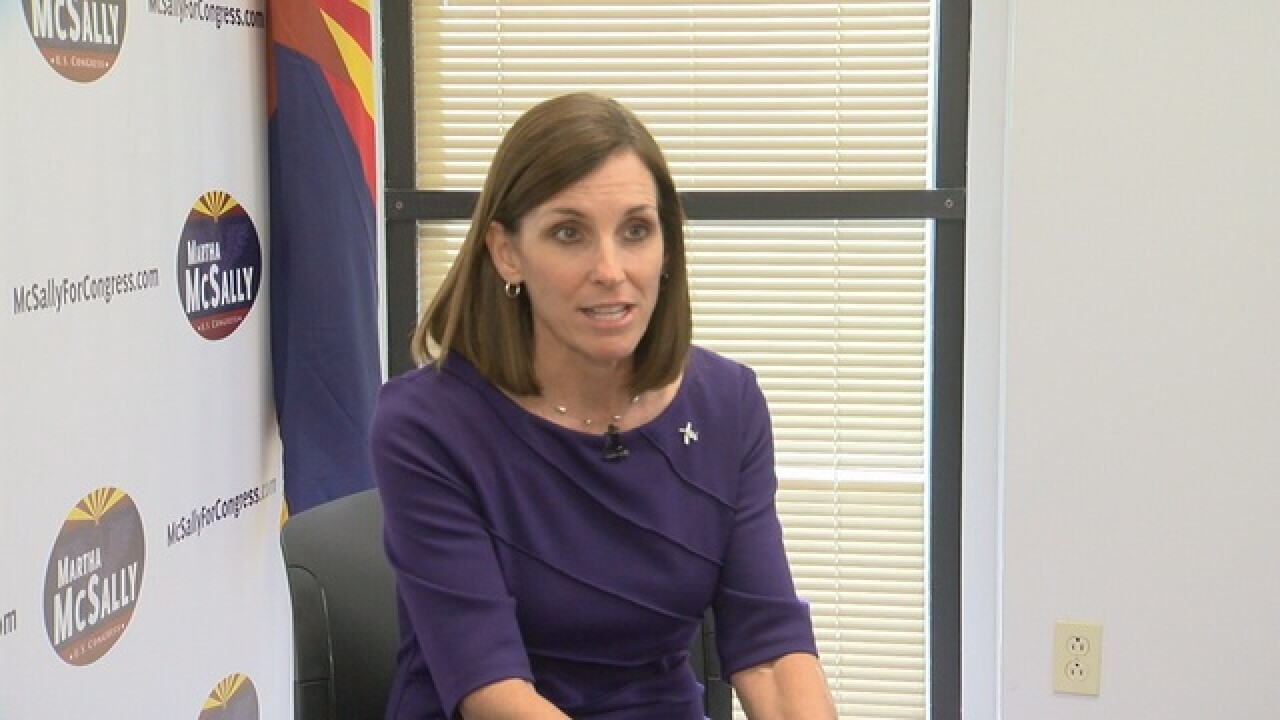 The memo, obtained by the Washington Post, lists a number of factors as contributing to McSally's loss, including ad spending, a brutal primary, name recognition and President Trump's popularity in Arizona.

"A significant segment of the AZ GOP was hostile to the President," the memo says. "In internal polling during the primary, President Trump never broke 80 percent favorability among Republican voters. A certain segment of AZ Republicans was [sic] outright hostile to President Trump, and was against the Kavanaugh appointment... These factors, coupled with an opposing candidate who portrayed herself as willing to work with President Trump and who often tweeted her respect and admiration for Senator McCain's legacy, were significant challenges to McSally's candidacy."

McCain is frequently mentioned throughout the memo, citing the popular Arizona senator's opposition to Trump as a key factor in fracturing the state's Republican party.

"Sinema hugged McCain tightly, and never once had the word 'Democrat' in a TV advertisement," the memo says.

"Ducey's opponent ran as a progressive, and the opponent was essentially abandonned by national Democrats, as evidenced by the spending gap," the memo says.

"In a year like this past one where McSally was coming out of a hard fought and ideological [sic] divisive primary, the McSally campaign was running from behind for the entire general election," the memo says. "Having had to drain her campaign war chest to defend against attack ads lobbed from a known Democrat Super PAC supporting Sinema, McSally went into the General elections with millions less than anticipated."

With some initial speculation that Gov. Ducey may appoint McSally to the Senate when Republican Jon Kyl steps down in March, the Washington Post reported earlier this week that there are tensions within the party about that choice.

CORRECTION: An earlier version of this story cited the author of the memo as the Arizona Republican party. That is incorrect. The memo was written by consultants for the McSally campaign.