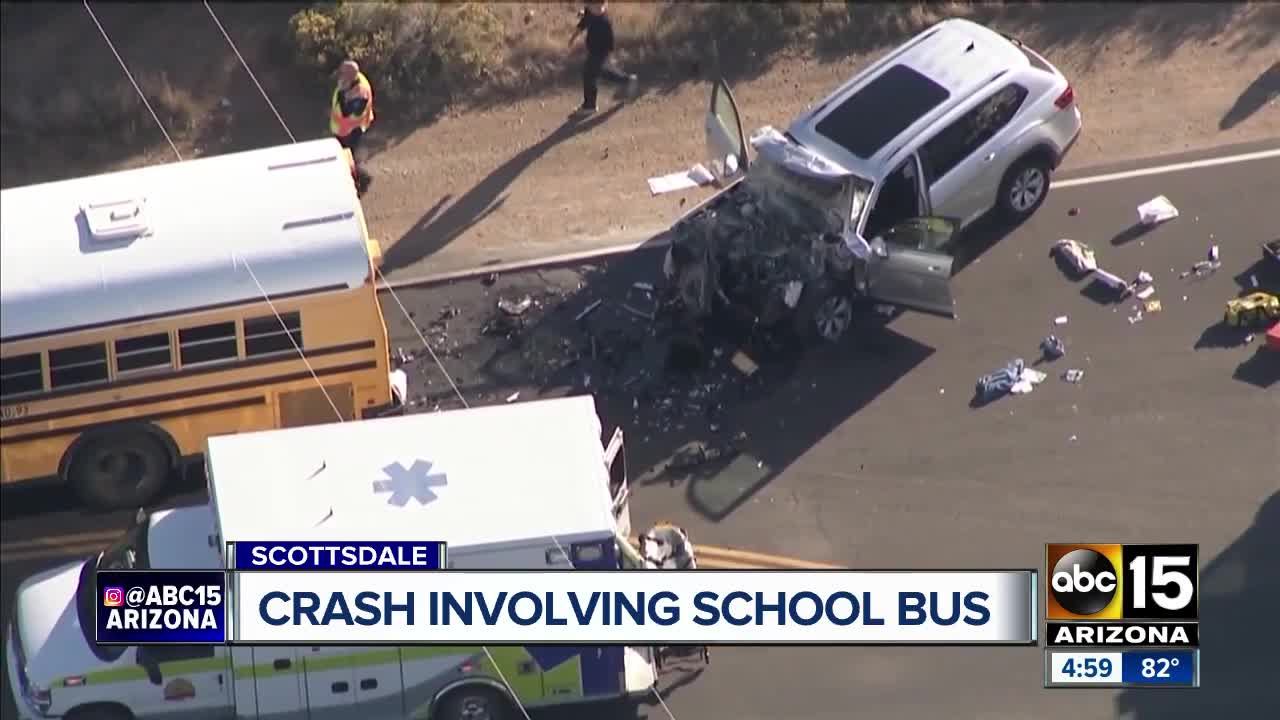 Around two dozen kids were on the bus at the time of the crash, a Rural Metro fire spokesperson said. 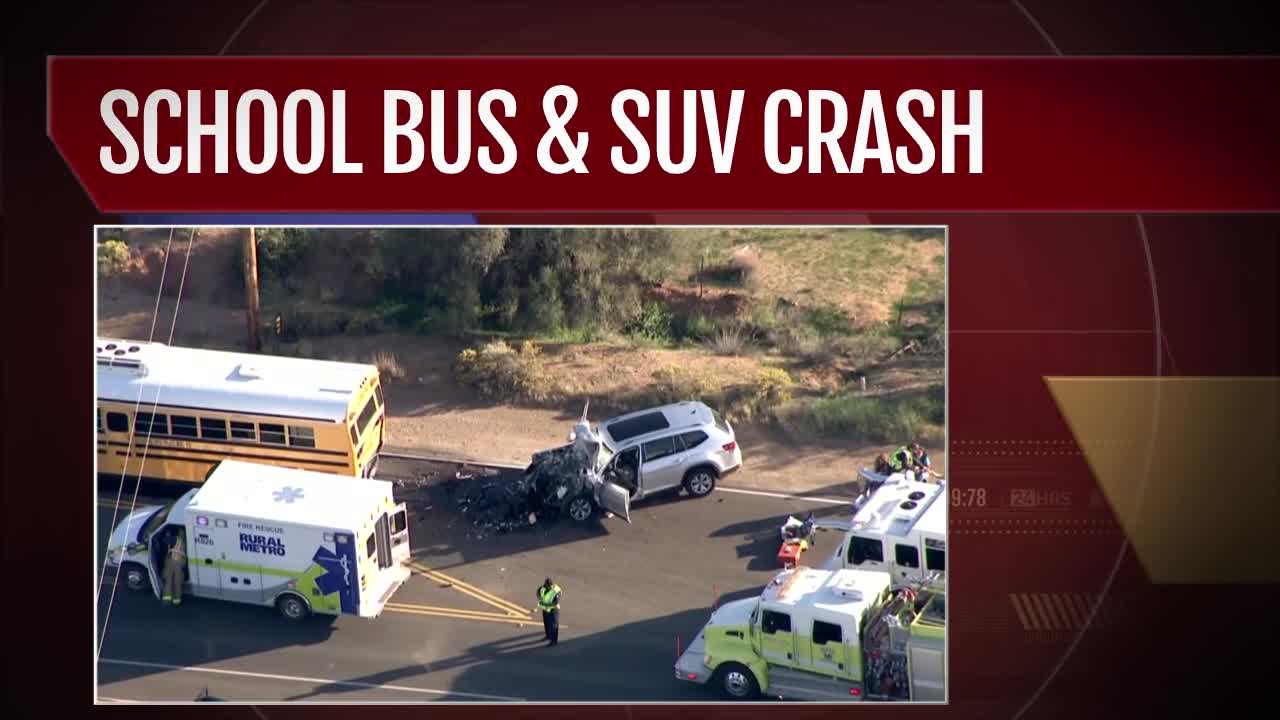 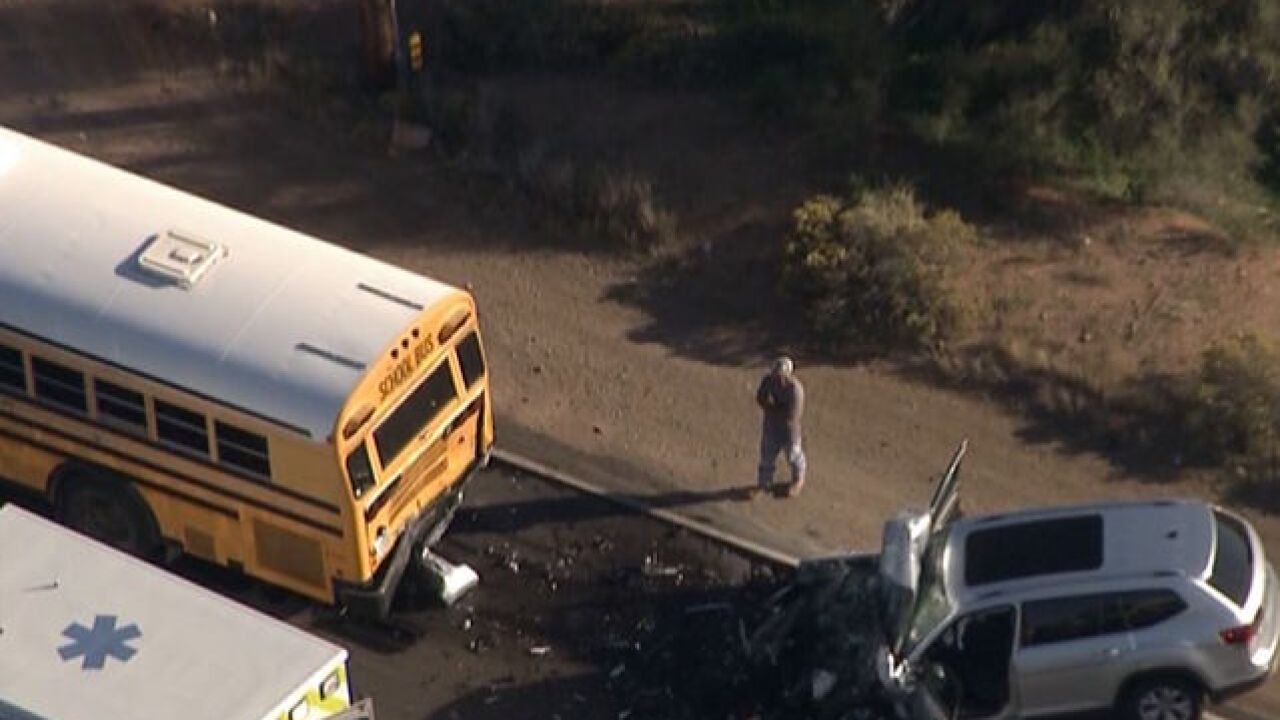 One person was rushed to the hospital after a vehicle collided with a school bus in north Scottsdale on Wednesday afternoon.

The crash happened around 3:15 p.m. in the area of 136th Street and Rio Verde Drive.

According to a Scottsdale police spokesperson, the driver of the SUV involved in the crash was transported to the hospital with serious injuries.

Around two dozen kids were on the bus at the time of the crash, a Rural Metro fire spokesperson said.

The Cave Creek Unified School District reports four students were taken to the hospital but did not have life-threatening injuries. The ages of the children injured weren't released, but the district says the bus was carrying students from Sonoran Trails Middle School and Cactus Shadows High School.

No further information was immediately available.