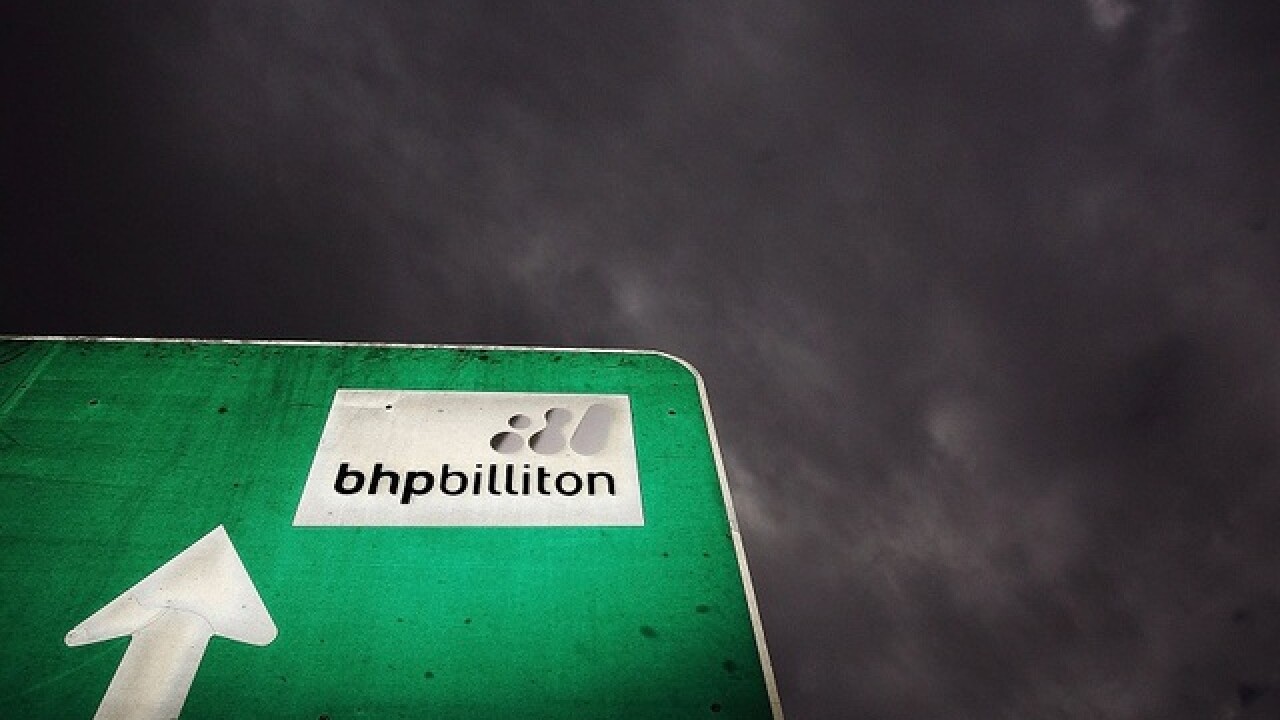 CANBERRA, Australia (AP) — The world's biggest miner, BHP Billiton, on Tuesday reported a $6.4 billion loss, the worst full-year result in the Anglo-Australian company's history.
BHP said the result for the fiscal year ending June 30 came from a 31 percent fall in revenue to $30.1 billion amid weak commodity prices, write downs of U.S. oil and gas assets and a disaster at a Brazilian mining joint venture.
BHP posted a $1.9 billion profit for the previous year, which was 14 percent of the $13.8 billion posted in 2013-14.
The latest result is the worst since the company headquartered in Melbourne, Australia, was formed in 2001 through the merger of two corporations founded in the 19th century — Australia's Broken Hill Proprietary Co. Ltd. and London-listed Billiton Plc.
In 2010-11, it posted its best results ever of $23.6 billion.
A dam failure in November at an iron ore mine co-owned by BHP and Vale in Brazil killed 19 people and caused the worst environmental disaster in the country's history. Brazil's Federal Public Prosecution launched a $43 billion civil suit in May for the disaster, against the joint venture Samarco. BHP has agreed to an initial payment of up to $1.3 billion to clean toxic pollution from the Doce River.
The Samarco dam failure cost the company $2.2 billion for the year. Weaker commodity prices cost it $10.7 billion.
The rout in commodity prices has gutted profits of many global resource companies, including major Japanese trading houses.
But Gaurau Sodhi, a resource expert with Sydney-based share analysis firm Intelligent Investor, said BHP really needs oil prices to rise to post a better result in the current fiscal year.
"The oil division is where a lot of money has been spent in the past. It's where the bulk of their assets lie and it's really the oil price that will determine how good or bad the next results will be from here," Sodhi told Australian Broadcasting Corp.
Copyright 2016 The Associated Press. All rights reserved. This material may not be published, broadcast, rewritten or redistributed.