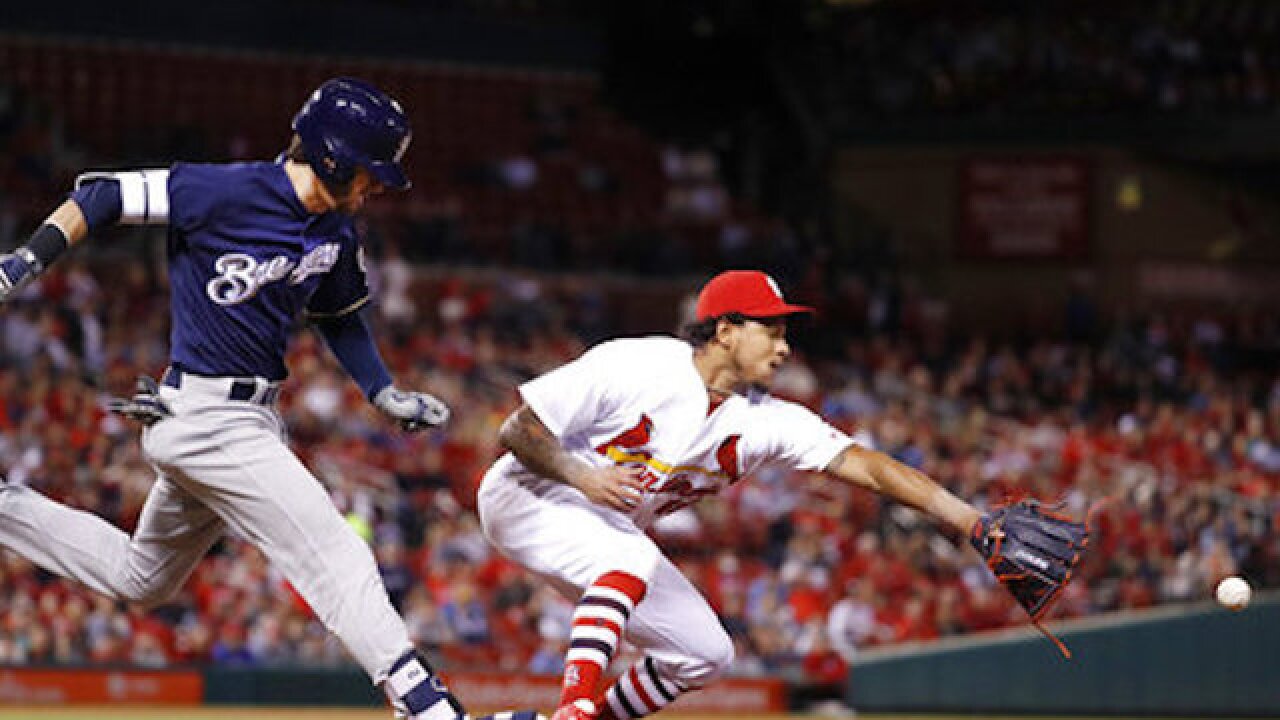 ST. LOUIS (AP) — Police are investigating after a woman attending a St. Louis Cardinals baseball game at Busch Stadium was struck by a stray bullet.

Police say the 34-year-old victim was inside the ballpark Tuesday during the game against the Milwaukee Brewers when she felt pain in her arm. She went to a first-aid station for treatment. A bullet was later found near her seat.

Police believe the bullet came from outside the stadium.

The Cardinals said in a statement Wednesday that the organization is grateful no one was seriously injured. The statement says nothing is more important than the safety of fans.