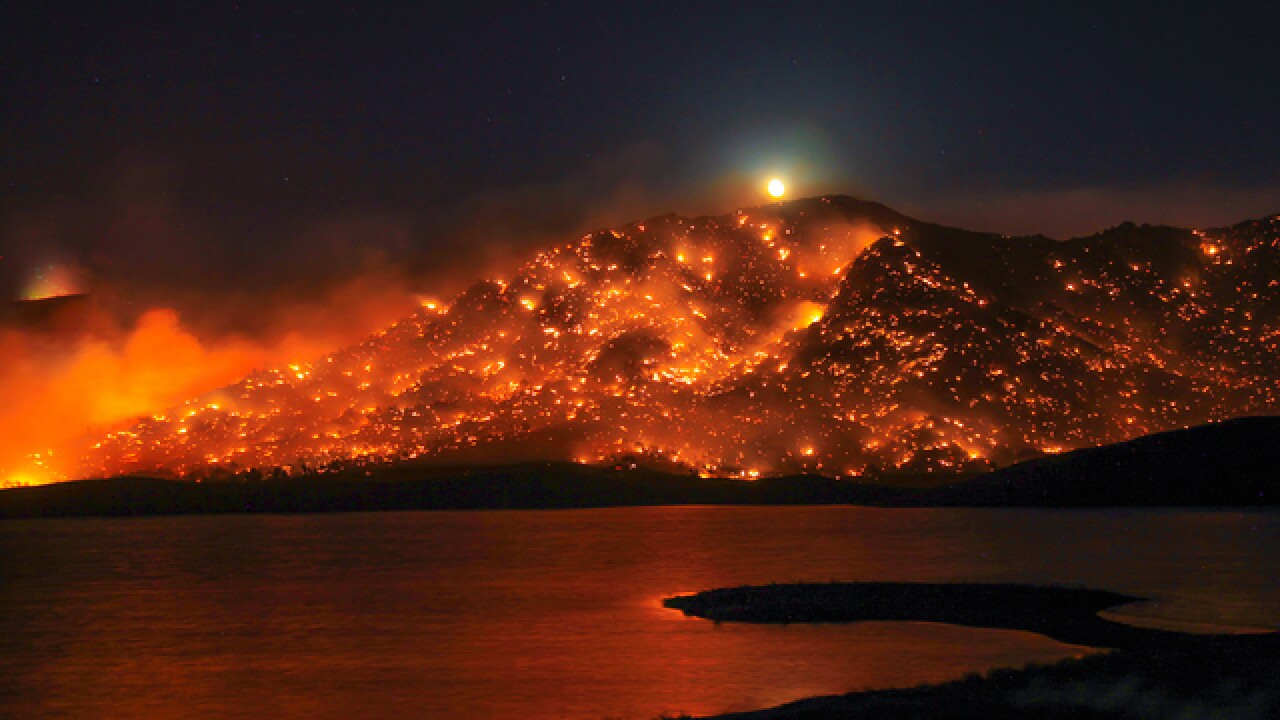 Here's a look at fires across the West:

A wildfire burning in steep, inaccessible terrain has forced the evacuation of up to 100 homes in a gated community in central California.

The fire has grown to 2.5 square miles since it began Friday afternoon, Phil Neufeld, a spokesman for the Kern County Fire Department said Saturday. It is zero percent contained.

Firefighters were focused on keeping the fire from climbing over a ridge and potentially threatening 1,000 homes in Bear Valley Spring, a private community of 7,500 in the Tehachapi Mountains as well as several hundred homes in the Hart Flat community.

"It if blows over the ridge, it can cause damage," Neufeld said.

Firefighters were hampered by the rough terrain, 20 mph winds and hot, dry weather.

The blaze is among 12 wildfires burning in California.

The fire is about 60 miles south of a deadly 75-square-mile blaze that broke out near Lake Isabella last week. That fire is 85 percent contained, and resources from it are being diverted to fight the new fire.

A voluntary evacuation order has been partially lifted as firefighters make significant progress in containing a southern Utah wildfire.

The voluntary evacuation now applies only to a small area that includes a portion of Lloyd Canyon. According to law enforcement, property owners there should be prepared to evacuate should conditions change.

The fire, which has torched 2.5 square miles of rugged terrain so far, had previously forced evacuations.

More than 550 firefighters are working on structure protection and other strategies to halt the fire from spreading.

The fire started June 13 with a lightning strike on Saddle Mountain.