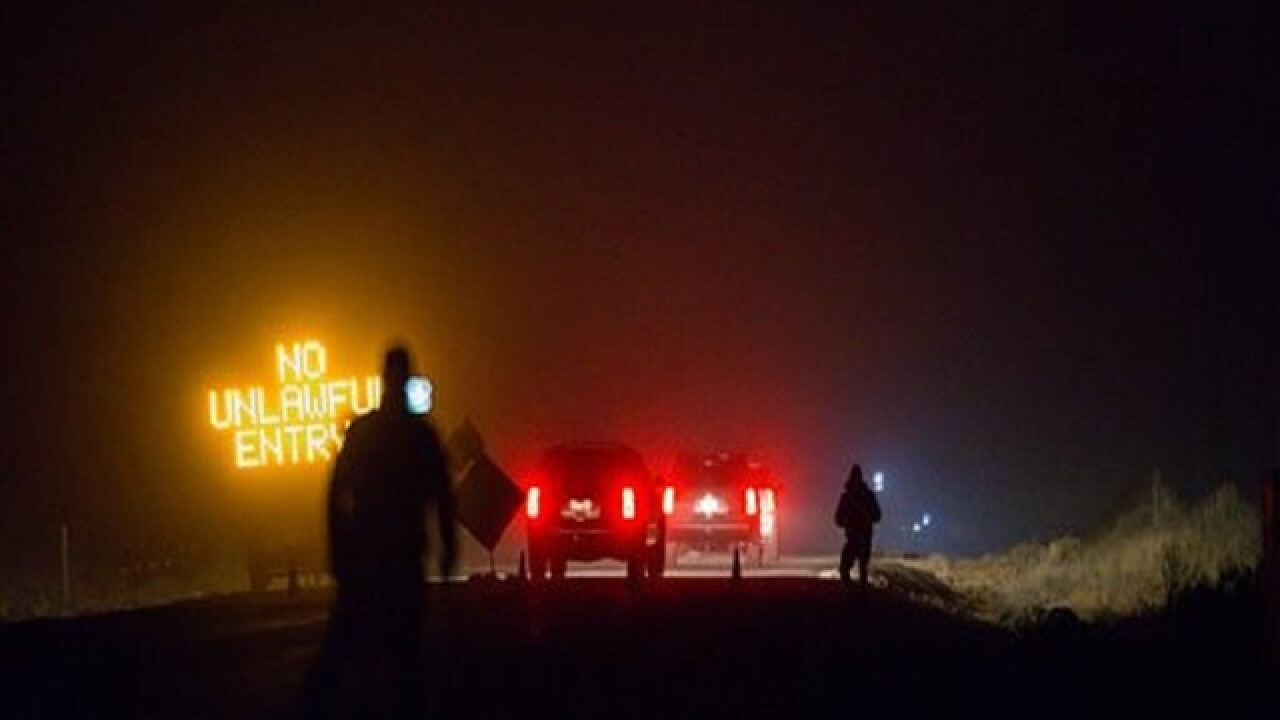 Thomas Boyd
<p>Three SUV proceeds through the Narrows roadblock near Burns, Ore., as FBI agents have surrounded the remaining four occupiers at the Malheur National Wildlife Refuge, on Wednesday, Feb.10, 2016. The four are the last remnants of an armed group that seized the Malheur National Wildlife Refuge on Jan. 2 to oppose federal land-use policies. (Thomas Boyd/The Oregonian via AP)</p>

PORTLAND, Ore. (AP) — Oregon police and two FBI agents could face a lawsuit from the widow of an Arizona rancher who took part in the Malheur Wildlife Refuge occupation and was killed in a confrontation with authorities.
California-based attorney Brian Claypool told the Oregonian/OregonLive that the lawsuit on behalf of Jeanette Finicum and the family has not been filed but that they are pursuing it "with 100 percent certainty."
Prosecutors determined the shots fired at 54-year-old Robert "LaVoy" Finicum were "in fact, necessary."
"All six shots fired by the Oregon State Police, the three into the truck and the three that struck Mr. Finicum, are justified," Malheur County District Attorney Dan Norris said.
Claypool says evidence shows shots were fired contrary to statements made during the investigation.
The U.S. Department of Justice is investigating whether an agent lied about firing two shots that did not hit Finicum and if four others worked to hide it later.
Claypool said more details about the lawsuit would be announced at a news conference planned for September.
Jeanette Finicum has said in a statement that her "husband was murdered."
A family statement said Finicum was "executed in cold blood."
Claypool also represents Ryan Bundy in his case related to the occupation.
Copyright 2016 The Associated Press. All rights reserved. This material may not be published, broadcast, rewritten or redistributed.