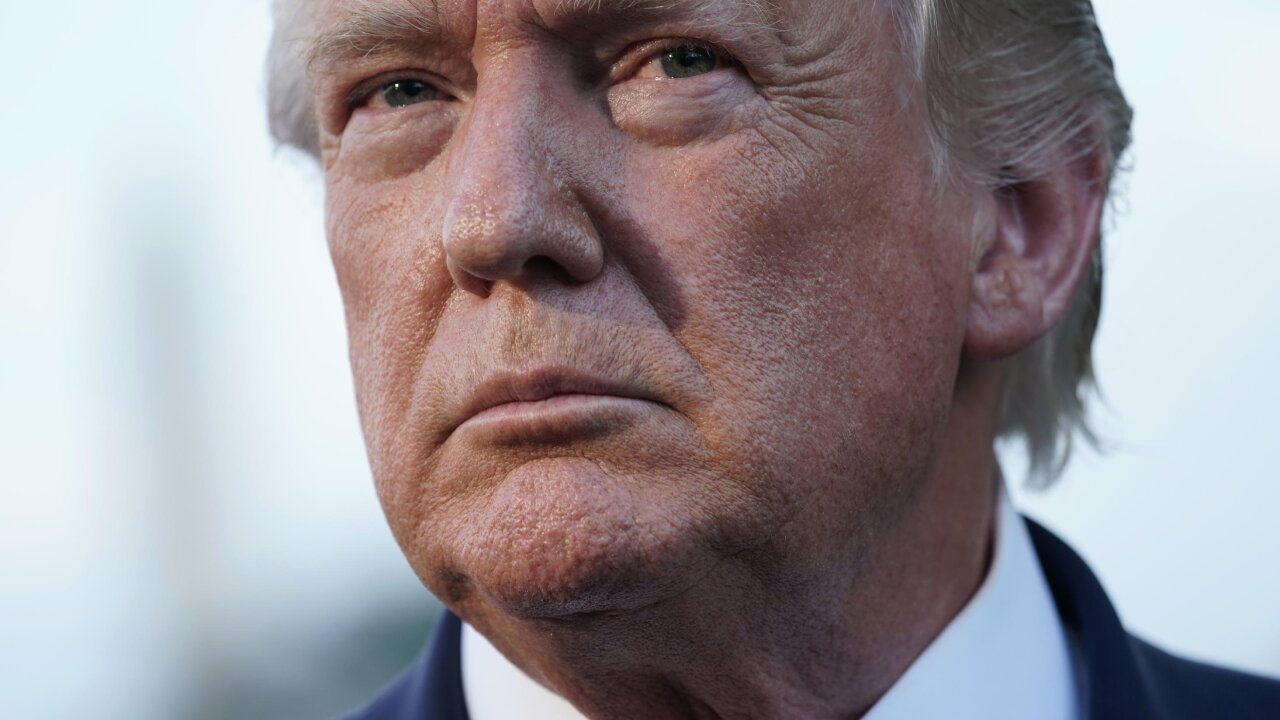 President Donald Trump abused his official powers "to solicit interference" from Ukraine in the upcoming 2020 election, and the White House took steps to cover it up, according to a stunning whistleblower complaint released Thursday.

Several White House officials were "deeply disturbed" by Trump's July 25 phone call with Ukrainian President Volodymyr Zelensky and tried to "lock down" all records of the phone call, especially the word-for-word transcript produced by the White House, the complaint states.

The complaint has been at the center of a controversy that has spurred Democrats to launch a formal impeachment inquiry. The White House on Wednesday also released a rough transcript of the call that shows Trump repeatedly pressed Ukraine to investigate former Vice President Joe Biden and his son, Hunter.

Caving to Democratic demands, the Trump administration let Congress release a declassified version of the complaint, one day after releasing a rough transcript of the Trump-Zelensky call. The developments triggered a flood of Democratic lawmakers to publicly support impeachment.

Trump has maintained that he didn't do anything wrong, while simultaneously promoting unfounded conspiracy theories about the Bidens, Ukraine, and Russian meddling in 2016.

There is no evidence of wrongdoing by either Joe or Hunter Biden.

The complaint notes White House lawyers were "already in discussion" about "how to treat the call because of the likelihood, in the officials' retelling, that they had witnessed the president abuse his office for personal gain."

White House lawyers also directed officials to remove the transcript of the call from a computer system that stores them for Cabinet-level officials and instead put the transcript in a system for especially sensitive information, the whistleblower alleges.

This move concerned some officials, who shared their worries internally that this was an "abuse of the system."

The whistleblower said they heard from other White House officials that this was "not the first time" that the Trump administration used this storage system to hold politically sensitive documents. The codeword-level system is meant to hold files of national security importance.

There weren't additional details in the complaint, and some of the details came from secondhand sources. Republicans on Capitol Hill have used that point to question the veracity of the complaint, though the intelligence community inspector general already deemed it credible.

US officials were concerned, the whistleblower said, with Trump's private lawyer Rudy Giuliani and his contacts with Ukrainian officials. The whistleblower alleges the US officials believed Giuliani was a conduit for messages between the President and officials in Kyiv and that he was at the helm of a problematic "circumvention of national security decisionmaking processes."

For most of the past two years, Giuliani has played a peculiar role as Trump's personal attorney, a pro-Trump surrogate on television, and as an informal diplomat of sorts. This year, he has used his position to promote conspiracy theories about Ukraine, Biden, and the 2016 election.

The whistleblower said they heard that two State Department officials intervened with Giuliani in an effort to "contain the damage" he was doing to national security. The complaint also said US diplomats worked with the new Ukrainian leaders to help them navigate the strange situation, where they juggled outreach from Giuliani with US diplomacy coming through official channels.

State Department officials met with Ukrainian political figures and provided advice "about how to 'navigate' the demands that the President had made of" Zelensky, the whistleblower wrote.

Little is known about the identity of the whistleblower, which is even still hidden from some of the most senior US intelligence officials. The Justice Department has said there are some indications that the whistleblower opposes Trump's reelection, but the complaint was indeed credible. They used lawful channels to file the complaint and get the message to Congress.

In a letter accompanying the whistleblower's complaint, Intelligence Community Inspector General Michael Atkinson wrote that the alleged conduct by Trump "would also potentially expose" the President "to serious national security and counterintelligence risks with respect to foreign intelligence services aware of such alleged conduct."

The implication is that US adversaries are always spying on the US and trying to intercept sensitive phone calls by US officials. If a hostile government possesses a recording or is aware of the details of Trump's phone call, they could use it to blackmail Trump. The gravest risk is from Russia, which is essentially at war with Ukraine and has strong intelligence capabilities.

Atkinson also wrote in his letter that that the whistleblower's complaint amounts to a "serious or flagrant problem [or] abuse" under US laws regarding the inspector general's office.

The comments were made in an August 26 letter sent to acting Director of National Intelligence Joseph Maguire. Atkinson explains the reasoning behind his determination that the information amounted to an "urgent concern," which triggered its eventual transmission to Congress.

The whistleblower expresses confusion about Trump's references to CrowdStrike during his calls with Zelensky. The Democratic National Committee hired CrowdStrike in 2016 to investigate hacks to its computers, which were later blamed on the Russian government.

In the call, Trump mentioned the US cybersecurity firm and said, "the server, they say Ukraine has it." Trump also encouraged Zelensky to "find out what happened" with the server.

"I do not know why the President associates these servers with Ukraine," the whistleblower wrote in a footnote. The whistleblower added that Trump had previously connected the DNC server to Ukraine in television interviews.

Trump's interest in CrowdStrike and the DNC server, more than three years after the hacks, is part of a larger effort to undermine the notion that Russia meddled in the 2016 election to help him win. He has repeatedly rejected the assessment from CrowdStrike, which was later confirmed by US intelligence agencies, that Russia was behind the DNC hacks and leaks.

The complaint demonstrates in stark terms how people who work inside the US government, with access to highly sensitive materials, have struggled to figure out what was going on in an unconventional White House administration with a president who goes around official channels.

The complaint contains a blend of information that was observed firsthand, details that were provided secondhand from other officials, and information that comes from public sources, like Giuliani's appearances on television and news articles about his activities surrounding Ukraine.

The documents can also be viewed below.