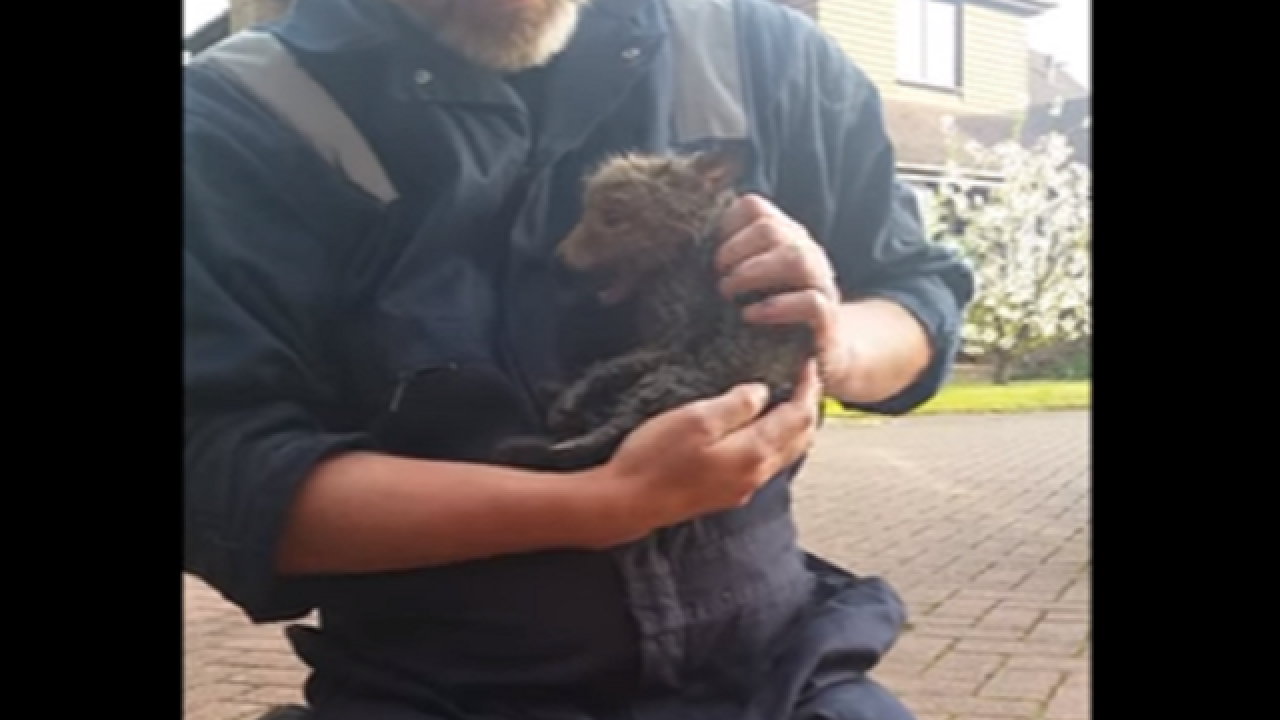 This is the heartwarming moment a fox cub was rescued and reunited with its worried mother.
It’s all thanks to animal rescue workers in Cooden Beach, England, who acted quickly when a clumsy fox cub fell down a local drain and got stuck.
According to The Huffington Post, workers with East Sussex Wildlife Rescue & Ambulance Service used a cell phone camera to determine the fox’s location in the pipe.
In the midst of the hours-long rescue operation, the mother fox lurked nearby, keeping watch – an incident also caught on video.
The pup, apparently too deep to reach, eventually made its way closer to the pipe’s opening; that’s when workers grabbed it.
“I laid on the ground with my arm down the hole. Suddenly I could feel the cub touching my hand, twice he reversed into my hand by not far enough for me to grab hold,” said Trevor Weeks, founder of the organization, according to The Huffington Post. “On the third occasion I was able to grab his tail, and gently lift him out of the drain.”
Rescuers gave the cub, which was filthy, a cleaning before arranging for a mother-cub reunion.
Watch it all unfold in the video above.
Copyright 2016 Scripps Media, Inc. All rights reserved. This material may not be published, broadcast, rewritten, or redistributed.