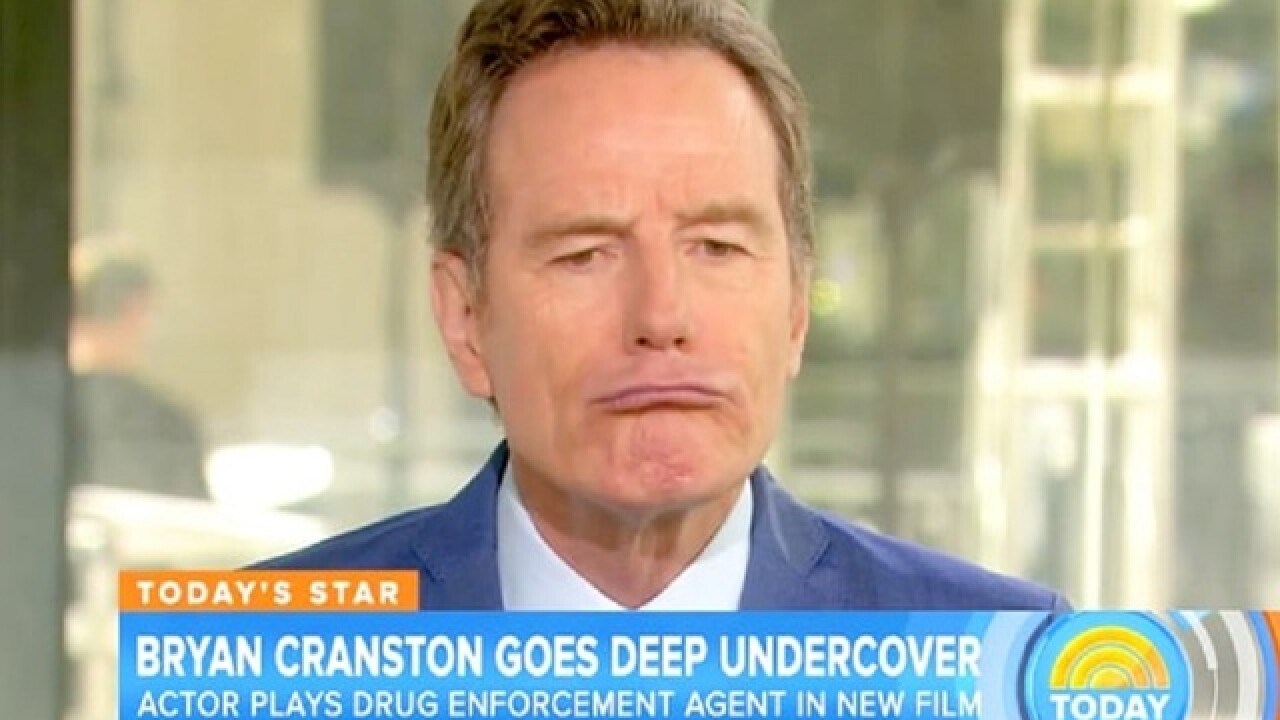 When Bryan Cranston sat down with Carson Daly of the “Today” show, he revealed which famous person he’s dying to portray – and his impression is pretty great.
Cranston wants to portray Donald Trump.
After referring to Trump as this “Shakespearean character” during his Monday appearance on the show – an appearance made to promote his latest film, “The Infiltrator” – Cranston launched into a spot-on impression of Trump.
“I’d like to play Donald Trump at some point,” he said prior to his impression. “He’s huge. He’s this Shakespearean character, this serio-tragic-comedic character. Who wouldn’t want to take a bite out of that?”
Watch below to see Cranston nail his Trump impersonation.
Copyright 2016 Scripps Media, Inc. All rights reserved. This material may not be published, broadcast, rewritten, or redistributed.