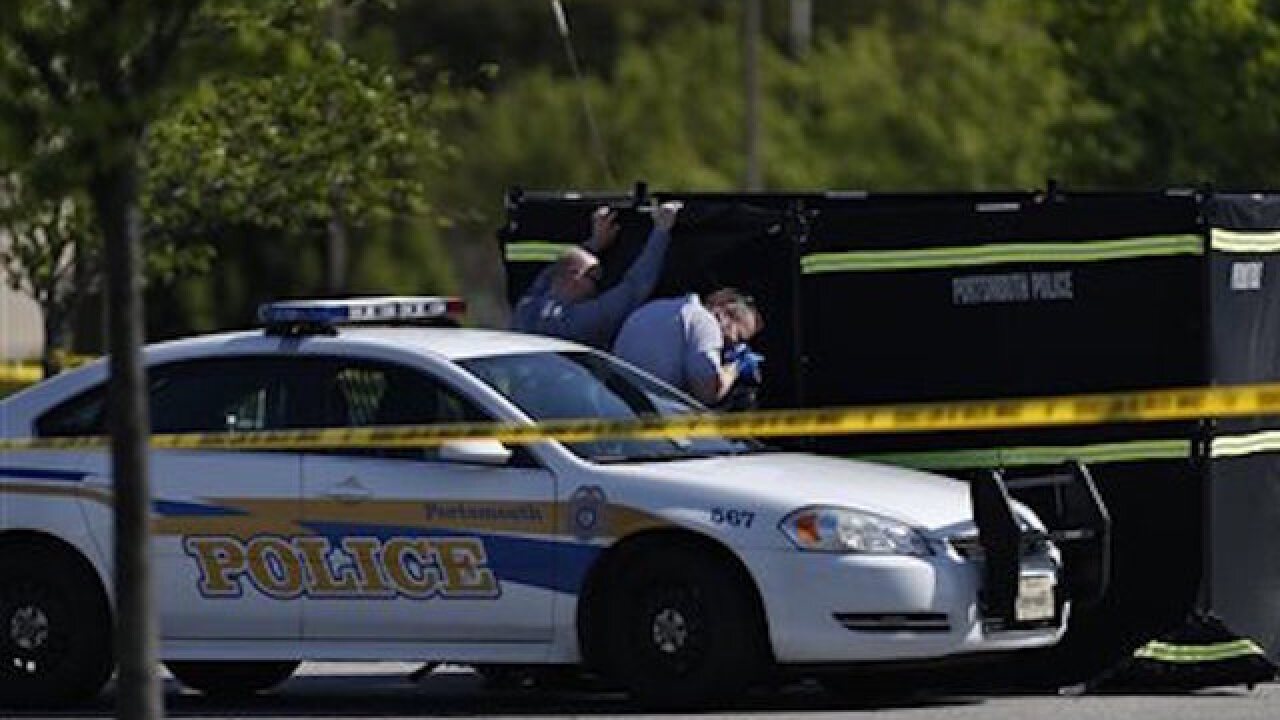 Stephen M. Katz
<p>In a Wednesday, April 22, 2015 photo, authorities collect evidence and investigate the police-involved fatal shooting of 18-year-old William Chapman, who was unarmed, by Portsmouth police officer Steven Rankin at the Walmart on Frederick Blvd. in Portsmouth, Va. A rare first-degree murder trial is set to begin for the former police officer, Rankin, in Virginia who fatally shot an unarmed black teen. Jury selection is scheduled to begin Wednesday for Rankin, who shot Chapman outside a Wal-Mart last year. (Stephen M. Katz/The Virginian-Pilot via AP)</p>

PORTSMOUTH, Va. (AP) — A jury convicted a white former police officer of voluntary manslaughter in the shooting death of an unarmed black teen accused of shoplifting at a Wal-Mart.

The jury did not convict on the first-degree murder charge prosecutors sought in the case of Portsmouth Officer Stephen Rankin, who was fired as he awaited trial. But criminal charges are rare in police-involved shootings, and convictions are even more uncommon.

Rankin shot 18-year-old William Chapman in the face and chest outside a Wal-Mart last year after a security guard accused the teen of shoplifting. No video recorded the killing, and testimony conflicted on the details.