Video captures an explosion that leveled a North Carolina KFC 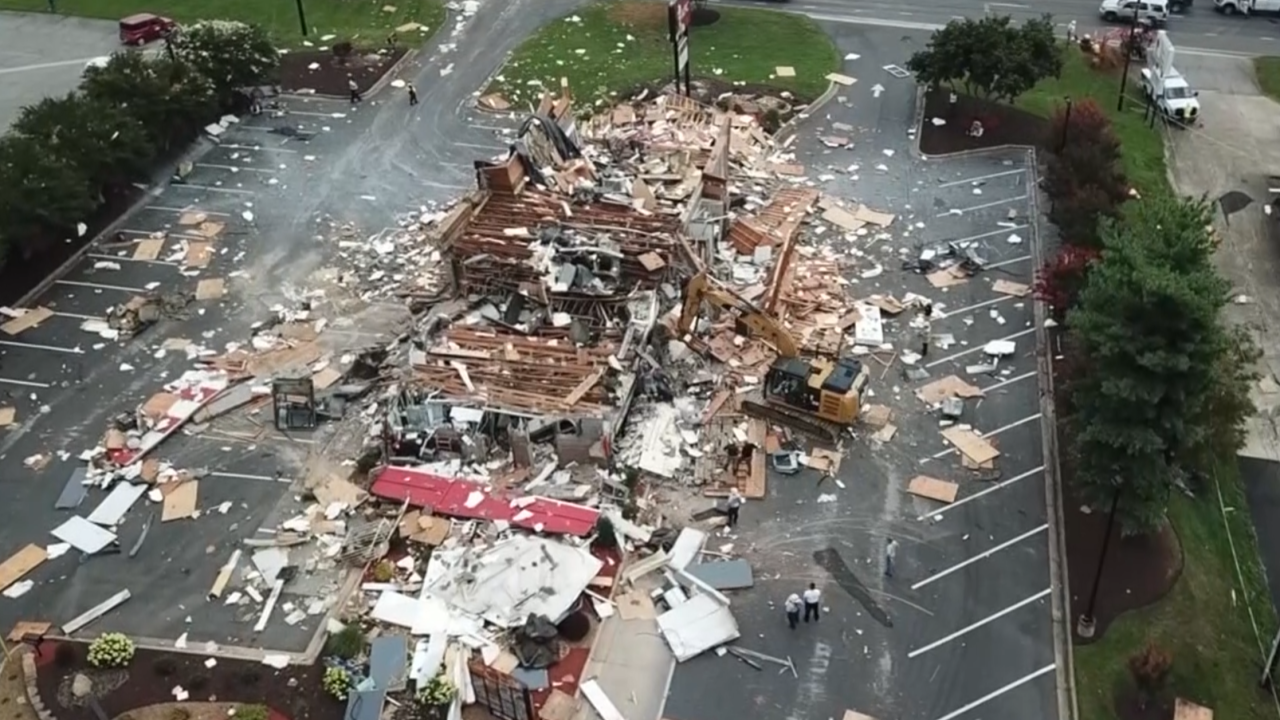 A suspected gas explosion destroyed a KFC restaurant in North Carolina early, Thursday morning. There were no injuries.

A manager told police he and others smelled gas as he was closing the restaurant in Eden, just south of the Virginia border, CNN affiliate WGHP reported.

The manager called the gas company and tried to shut off the nozzle before the explosion.

"We've actually searched the building and no one is inside the building which is great," said Eden Police Chief Greg Light told WGHP.

The blast was felt two miles away and damaged almost all of the neighboring buildings, the police said.

The exact cause of the blast is uncertain, but a gas company plans to check the pressure in the gas line.