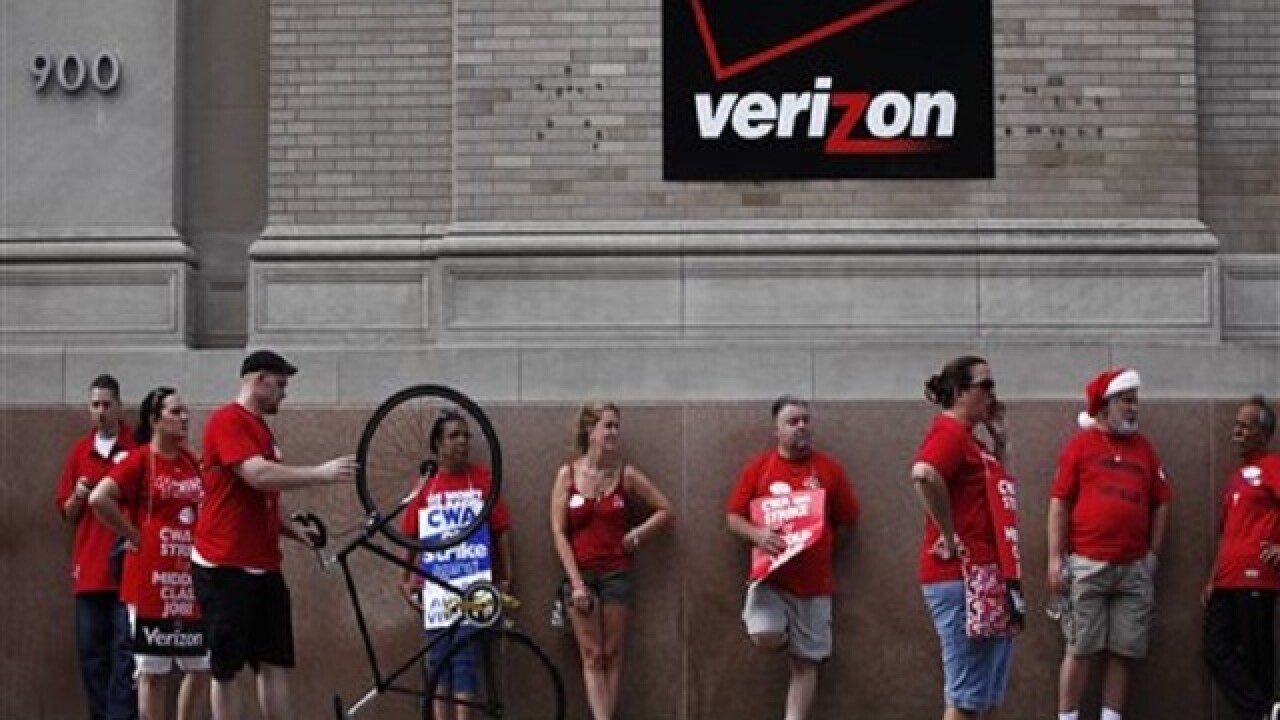 Matt Rourke
<p>FILE - In this Aug. 8, 2011 file photo, Verizon workers picket outside one of the company's central offices in Philadelphia. Verizon landline and cable workers in nine eastern states and Washington, D.C., are expected to walk off the job Wednesday, April 13, 2016, after working without a contract since August. (AP Photo/Matt Rourke, File)</p>

NEW YORK (AP) — Striking Verizon employees may be back to work next week after the company and its unions reached an agreement in principle for a four-year contract.

About 39,000 landline and cable employees in nine eastern states and Washington, D.C., have been on strike since April. They had been working without a contract since last August.

Labor Secretary Thomas Perez said Friday that the agreement is being written and will be submitted for approval from union members of Communications Workers of America and International Brotherhood of Electrical Workers.

"I expect that workers will be back on the job next week," Perez said in a statement.

Verizon and the unions have been negotiating at the Department of Labor for the past 13 days, Perez said.