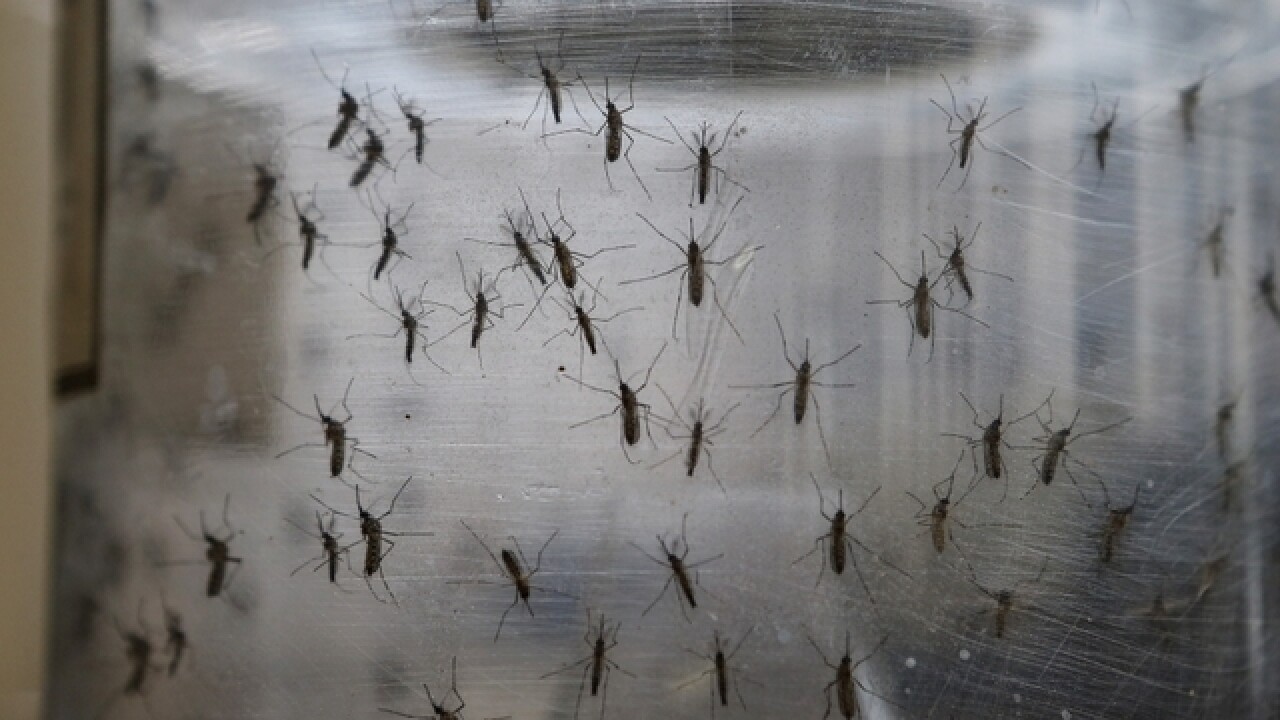 SALT LAKE CITY (AP) — The case of a Utah man who contracted the Zika virus after caring for his infected father raised new questions for health experts who said Tuesday that the investigation could guide new research into the way the disease spreads.

The inquiry into the two infections could shed light on the medical mystery surrounding a virus that's still stumping doctors. Zika is typically transmitted through the bite of a tropical mosquito that is not usually present in cold, mountainous Utah and also has been transmitted sexually.

The blood of the older man, who later died, contained an extremely large amount of the virus, which could mean high levels also were present in his saliva and urine, said Dr. William Schaffner, an infectious disease specialist at the Vanderbilt University School of Medicine in Nashville.

Zika has spread through blood at least once in a lab and could have passed to the son through saliva or blood if he had a small cut or scrape on his hand, Schaffner said. That type of transmission would be unusual for a virus of its kind, but the discovery that Zika can be spread through sex also was a surprise to scientists.

"The more we learn about Zika, the more nasty the virus appears," Schaffner said.

A more remote possibility is the illness spreading like the flu, through droplets in the air. Though there's no evidence yet that Zika can be transmitted through coughing, sneezing or routine touching, questions raised by the Utah case could mean researchers look into that possibility in the future, Schaffner said.

The father was elderly and had another health condition, which was not identified, so the virus may have taken advantage of a weakened immune system to proliferate. Zika causes only a mild illness in most people, and the son has recovered. But infection during pregnancy has led to severe brain-related birth defects.

The person who confirmed the relationship between the two Utah patients is familiar with the case and spoke on the condition of anonymity because the person is not authorized to discuss the case by name.

Authorities were testing other people who had contact with the father to ensure no one else was infected. It was not clear yet whether the case will provide information about typical infections or whether circumstances such as the high level of the virus in the older man's system will make it unique, said Dr. Amesh Adalja, a spokesman for the Infectious Diseases Society of America.

"It may just be an extraordinary circumstance that's not really generalizable," he said.

Mosquitoes have been responsible for large outbreaks in dozens of countries in Latin America and the Caribbean. While those tropical bugs are not typically found in Utah, experts say they have not ruled out the possibility that the new case came from a mosquito, perhaps one brought home by the father.

The main type of mosquito that spreads the disease was spotted once near the southern Utah city of St. George in 2013, said Ary Faraji, manager of the Salt Lake City mosquito abatement district. They were eradicated and have not been detected since.

Still, authorities are trapping and testing mosquitoes to ensure there are no invasive bugs and that domestic mosquitoes have not picked up the virus. It can be challenging because the tropical mosquito that spreads Zika thrives in standing water, like that found in old tires or on outdoor grill covers.

While Utah crews are checking hotspots, they also are urging people to look in their own backyards.

No cases of mosquito-spread Zika have been reported in the continental United States, according to the Centers for Disease Control and Prevention.