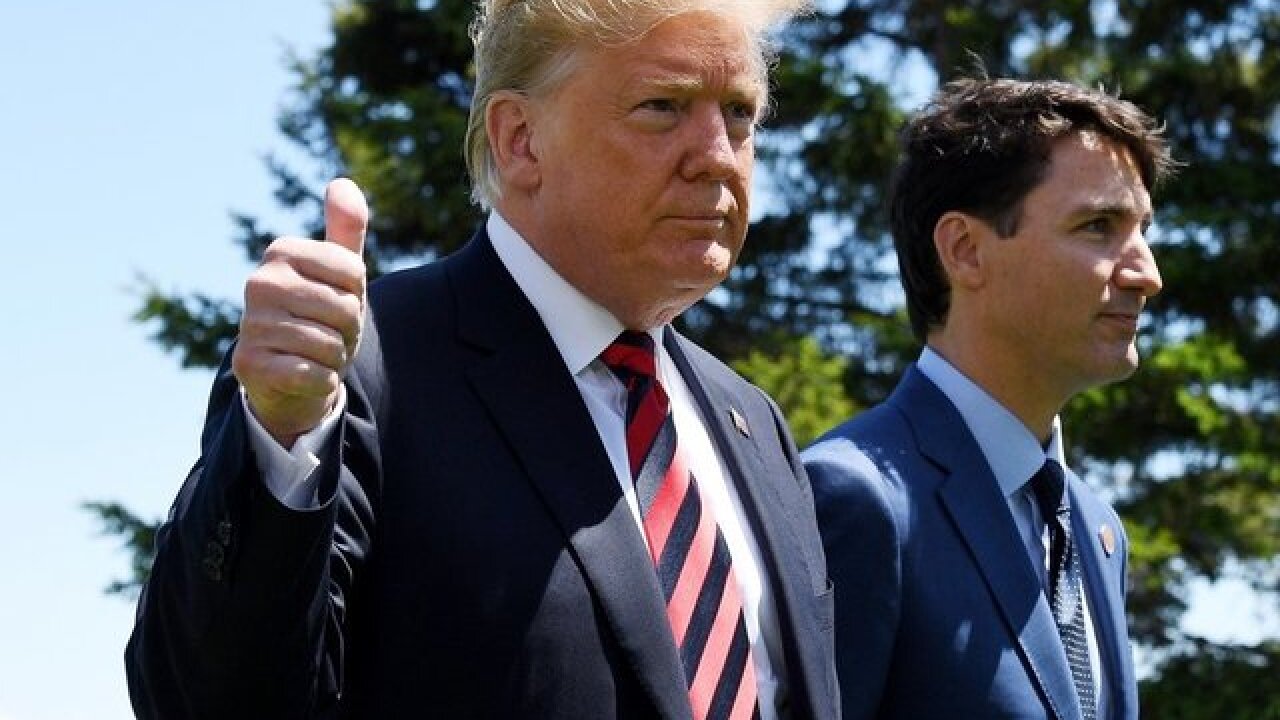 President Donald Trump's tariffs were supposed to shrink America's trade deficit, but it has instead grown for five straight months and is on track to hit a record high before the end of the year.

The monthly goods deficit grew by $1 billion in October, according to a US Census report released Wednesday.

The Census report is one of the first measures of trade released since Trump imposed his biggest round of tariffs in September on $200 billion of Chinese goods. It put a 10% tax on goods ranging from luggage to bikes and baseball gloves. Trump has threatened to increase the rate to 25% on January 1.

The duties make it more expensive for US importers to buy those items, but Americans bought more goods from abroad in October than they did the month before. The figure may reflect stockpiling by American importers ahead of an additional hike in tariffs set to take effect in January, as well as strong consumer spending.

"There is some anecdotal evidence that US importers are likely pulling forward orders to get ahead of additional tariffs on Chinese goods, which could be one of the factors driving imports higher in recent months," said Pooja Sriram, an economist at Barclays.

Last year's federal tax cuts have also put more money back into Americans' pockets, lifting demand for imports even if they're more expensive.

"We believe that domestic demand is likely to be sufficiently robust so as to keep imports elevated even after any additional tariffs," Sriram said.

Additional data due out next week on trade of both goods and services is expected to show a 10-year high in the overall trade deficit, said Ian Shepherdson, chief economist at Pantheon Macroeconomics.

That's the opposite of what Trump wants to achieve.

The president has pledged to reduce America's trade deficit by pursuing new trade agreements with countries he argues are engaging in unfair trade policies, especially China. He's put tariffs on $250 billion of Chinese-made goods this year in an effort to make US-made products more attractive to consumers.

"It's been such a terrible one-way street with China," Trump told the Wall Street Journal in an interview Monday.

Trump and Chinese President Xi Jinping are set to meet Saturday evening for a formal dinner on the sidelines of the G20 meeting in Argentina. It is their only scheduled meeting before the end of the year.

White House economic adviser Larry Kudlow on Tuesday dangled the possibility of a "breakthrough" at the dinner. But Trump escalated tensions earlier in the week, when he repeated a threat to put tariffs on the remaining Chinese goods if a deal can't be reached.

The Trump administration argues that China is engaging in unfair trade practices, including intellectual property theft and forced technology transfers. But the Chinese say Trump's unilateral tariffs are bullying.

American businesses and lawmakers on both sides of the aisle agree that the China trade issues should be addressed — but not everyone believes that tariffs are the right way. Some manufacturers and retailers say the duties could lead to job losses and higher prices for consumers.

"It would be hard to argue that (China) has behaved fairly in its trade practices," said Florida Democratic Rep. Stephanie Murphy this week at an S&P Global event in New York.

"But I think doing it in a multilateral way would have been a better approach," she said.

Trump has also imposed tariffs on foreign steel and aluminum this year, in the interest of national security. US steel producers have welcomed the taxes, as they've seen prices for their own products go up. Steel Dynamics, an American producer, announced this week that they would be building a new steel mill in the southwest region of the country, creating 600 new jobs.

"Steel jobs are coming back to America, just like I predicted," Trump tweeted Wednesday.

But American manufacturers that use steel, including automakers, have argued that the tariffs have made the cost of domestic production more expensive.