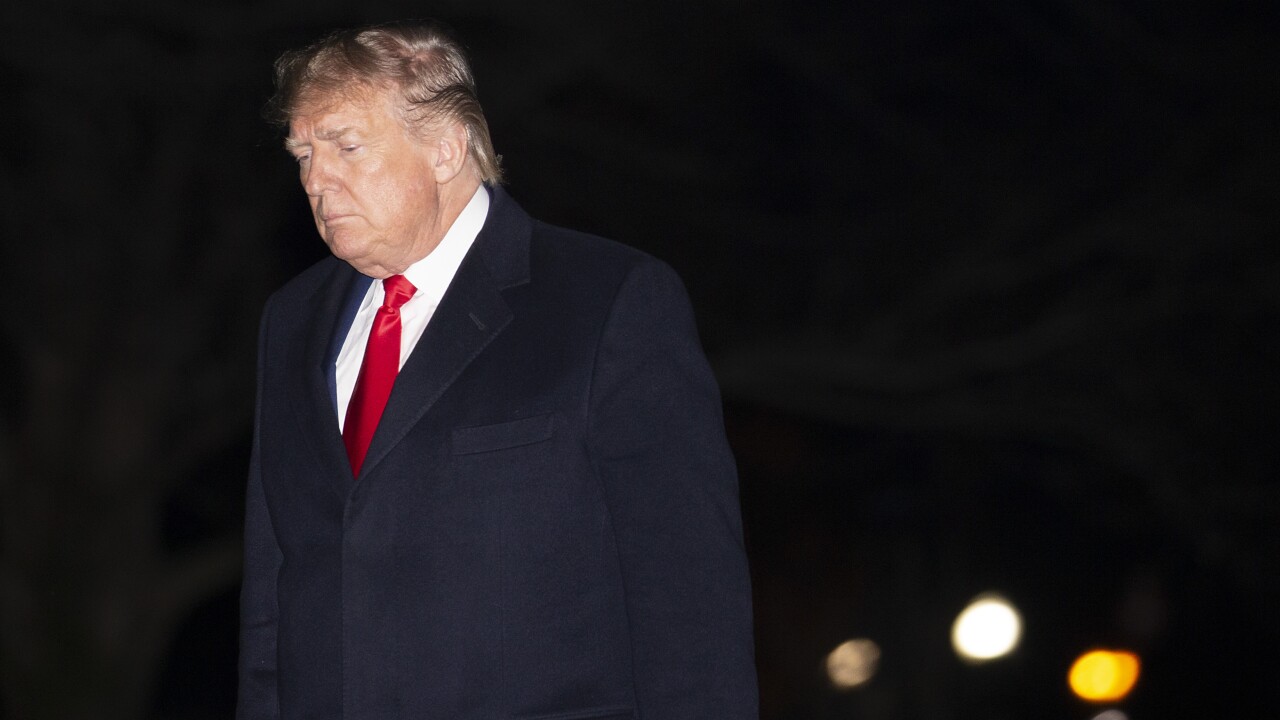 The president signed a trade agreement with China on Wednesday that is expected to boost exports from U.S. farmers and manufacturers and ease trade tensions between the two countries going into November’s presidential election.

President Donald Trump is describing an initial trade agreement with China as “righting the wrongs of the past and delivering a future of economic justice and security for American workers, farmers and families."

Trump promoted the signing as a way of delivering economic justice for American workers.

However, the "Phase 1" agreement will do little to force China to make major economic changes, such as reducing unfair subsidies for its own companies that the Trump administration sought when it started the trade war by imposing tariffs on Chinese imports in July 2018, the Associated Press reports.

For Trump, the White House ceremony gives him the opportunity to cite progress on a top economic priority on the same day that the House votes to send articles of impeachment to the Senate for a trial.

Stocks rose in midday trading on Wall Street on Wednesday ahead of the signing of the preliminary trade deal with China. If the gains hold, the Dow Jones Industrial Average would have its first close above 29,000 points.