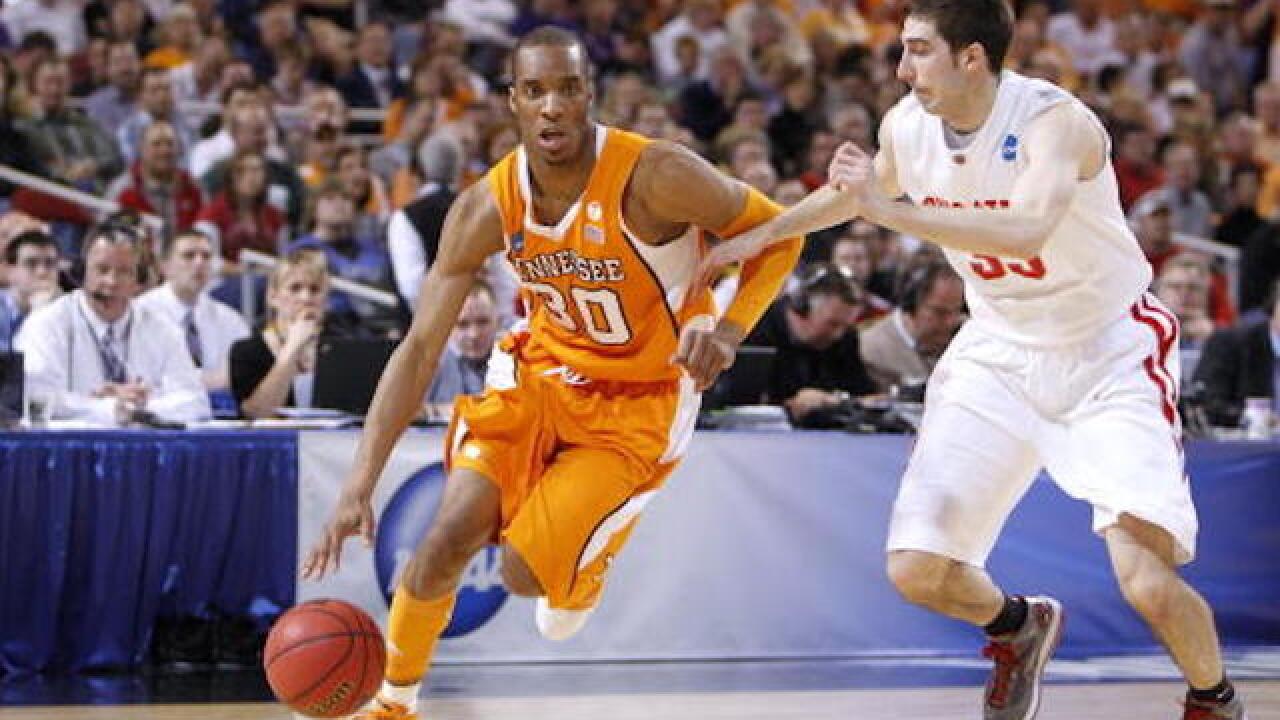 Copyright 2018 Scripps Media, Inc. All rights reserved. This material may not be published, broadcast, rewritten, or redistributed.
Joe Robbins
ST. LOUIS, MO - MARCH 26: J.P. Prince #30 of the Tennessee Volunteers tries to drive past Jon Diebler #33 of the Ohio State Buckeyes during the Midwest Regional semi-final of the NCAA men's basketball tournament at the Edward Jones Dome on March 26, 2010 in St. Louis, Missouri. Tennessee advanced with a 76-73 win. (Photo by Joe Robbins/Getty Images)

J.P. Prince and Joseph Jones play for Azad are stuck -- indefinitely -- as a result of Iran's ban on U.S. citizens. The country's ban is a direct response to Trump's ban on seven Muslim-majority countries.

The two players left Iran last week to renew their visas in Dubai and enjoy a team-sponsored trip.

"It started off as a good plan," Prince said. "Literally we got off the plane, landed, I got a text and it said, 'All U.S. citizens have been banned from Iran.'"

Prince played two seasons collegiately at Arizona before transferring to Tennessee. Jones played college ball at Texas A&M from 2004 to 08.

There is currently no indication of when they'll be able to return to Iran.

"If we don't finish the last two months of the season, we would stand to lose a little over six figures for two months," Prince said. "I mean you play basketball, we love the game but money's a big factor in where you go play."

The players' agent said he's working with the team and the government to see if an exemption can be made. Until then, Prince and Jones have been exploring Dubai -- and waiting.

"You just try to waste time," Prince said. "This is an expensive city so you don't sit here and try to spend all the money."

Prince and Jones arrived in Tehran, Iran at the end of October 2016.

They've both played professional basketball outside of the U.S. for several years. Their team in Tehran is one of the top three teams in the Iranian Basketball Super League.

They weren't initially concerned when they heard about the ban on U.S. citizens -- they had visas and planned to return to Iran on Tuesday. But they didn't understand the severity of the situation, and now they're "stuck in the middle" of a political standoff.

"What Donald Trump has done, the order he's made, is affecting a lot of people," Jones said. "It's keeping us from going back to provide for our families."

Prince said banning people based on their race or religion was "anti-American." He also offered Trump some advice, while admitting that he didn't think Trump would listen to him or anybody else.

"I would always say just have an open mind and know how special America is to the world," Prince said.

He added that people go to America seeking opportunity and a better life.

"That's what America's built on," Prince said. "So you don't want to deny anybody that opportunity because some of our greatest leaders and people from America are immigrants."