TSA chief: Progress being made to shorten lines 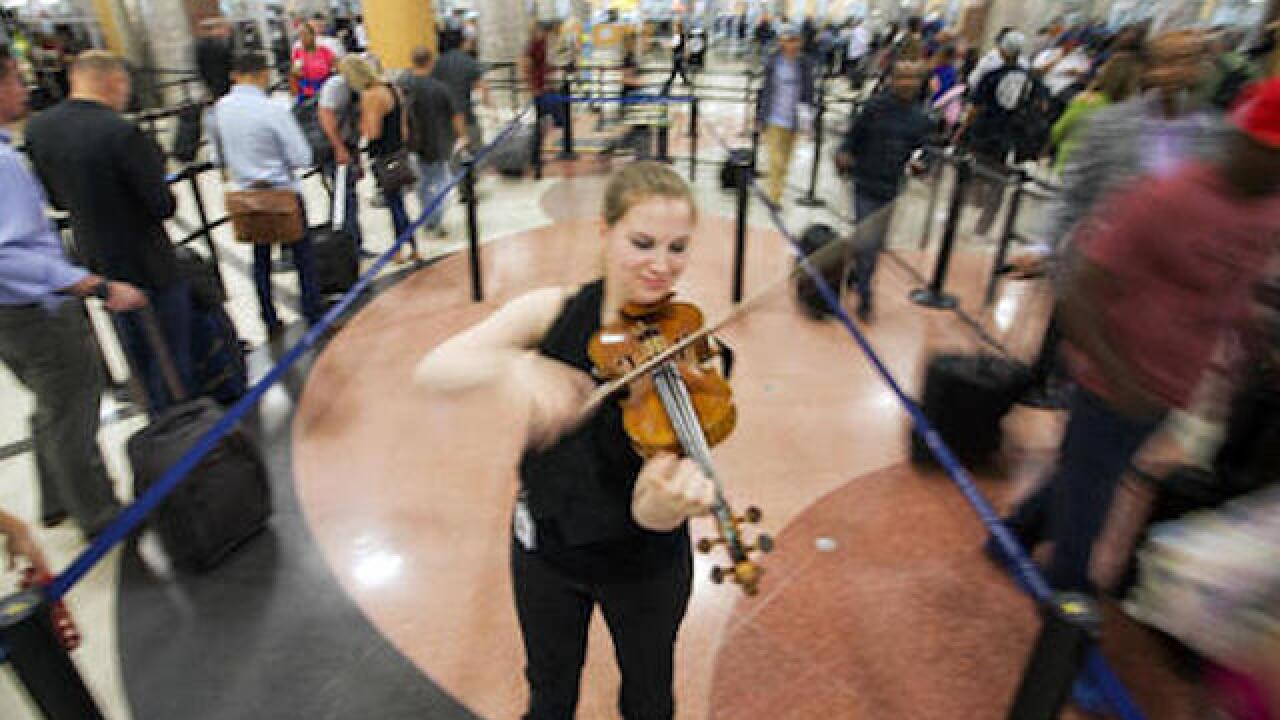 Copyright Associated Press
David Goldman
<p>In this image made with a slow shutter speed, violinist Jennifer Warrilow plays for travelers moving through a security checkpoint line at Hartsfield-Jackson Atlanta International Airport Thursday, May 19, 2016, in Atlanta. The airlines have a message for fliers: Get to the airport early. Long lines at Transportation Security Administration checkpoints have plagued thousands of travelers this spring, causing many of them to miss flights. The situation is expected to get worse in the summer with an average of 2.5 million passengers a day flying. (AP Photo/David Goldman)</p>

WASHINGTON (AP) — Significant progress has been made on shortening screening lines since earlier this spring when airlines reported thousands of frustrated passengers were missing flights, the head of the Transportation Security Administration said Tuesday.

The agency said it is reducing lines partly by adding more lanes and increasing staffing at peak periods, especially at seven of the nation's busiest airports: John F. Kennedy in New York, Newark in New Jersey, O'Hare in Chicago, Miami, Atlanta, Dallas-Fort Worth and Los Angeles.

"When you get stories of long wait times it has primarily been those airports," Neffenger said. "If you can prevent problems from happening there, you don't have problems that cascade throughout the system."

TSA also is exploring the possibility of adding automated screening technology at more than a dozen airports that can speed up lines by as much as 30 percent, he said. After TSA viewed the technology in operation at busy Heathrow Airport in London, Delta Air Lines helped pay for its installation two months ago in two screening lanes in Atlanta, he said. The new system has been such a success that other airlines and airports have contacted TSA about installing the systems, he said.