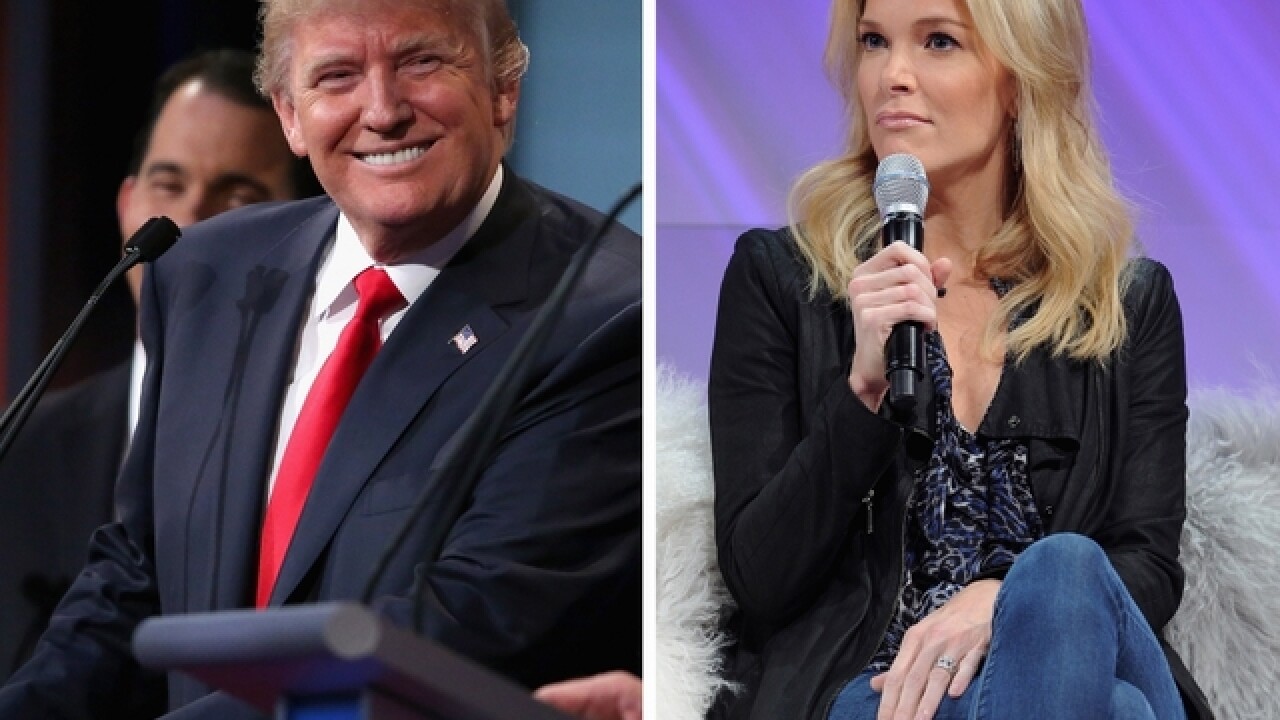 NEW YORK (AP) — Donald Trump and Megyn Kelly appear to have called a truce.
The two sat down for a much-ballyhooed interview that was the culmination — at least for now — of the frequent sparring between the now-presumptive Republican presidential nominee and one of the biggest stars on the conservative-leaning Fox News Channel. It was taped last month and aired Tuesday night on the Fox broadcast network.
Their fight began last August, in the first GOP debate, when Kelly lobbed several tough questions at Trump, including one about how he has publicly talked about women. Trump escalated the feud over Twitter for months.
But the brash celebrity businessman appeared somewhat sheepish in the interview when Kelly asked him about some of the insults he tweeted — or retweeted — her way, frequently including "bimbo."
"Uh, that was a retweet. Did I say that?" Trump asked.
"Many times," Kelly responded.
"Ooooh. OK," said Trump, who insisted that he didn't want his followers bombarding Kelly with ugly social media posts.
Kelly made a clandestine visit to the Trump Tower in April to negotiate the interview.
Trump praised her for that, saying he had "great respect" for Kelly's willingness to make the initial approach. He also turned, at times, somewhat introspective, saying "he could have done without" his retweet of a post that mocked the appearance of Heidi Cruz, the wife of former rival Ted Cruz.
"The thing that gets me in trouble is the retweet," Trump said. "The retweet is really more of a killer than a tweet. I seem to do pretty well with the real tweet."
But he largely defended his attacks as counter-punching and "not bullying."
"When I'm wounded, I go after people hard. I try to un-wound myself," said Trump.
"I'm responding," he added. "Now, I then respond times 10, I don't know. I then respond pretty strongly."
At the conclusion of the interview, Trump tweeted "Well done Megyn — and they all lived happily ever after!" But he told Kelly sometimes stayed angry and appeared to hint that their feud could re-ignite someday.
"This could happen again with us," he said.
But the proceedings clearly lacked any of the fiery denunciations Trump has been lobbing at Kelly since the night of the first debate, beginning with a tweet that declared Kelly was "not very good or professional."
The relationship only worsened from there. Trump skipped the second Fox News-sponsored debate because of Kelly (though he attended the third) and kept up a steady stream of insults on Twitter. He unleashed screeds about her "dopey lies" and how her show was better when she was on vacation. He later called her "highly overrated and crazy," retweeted a follower who called her a "bimbo" and called for a boycott of her show.
Kelly, meanwhile, told Vanity Fair that she could never be intimidated or "be wooed" by the celebrity businessman and insisted her coverage of Trump was fair.
Even as that largely one-sided feud raged, Trump enjoyed rather warm coverage from other hosts at Fox News. Kelly is in the final year of her contract with the network and has been non-committal about returning.
Trump had pledged to live-tweet the taped interview Tuesday night but instead largely engaged with followers who praised the show, all while insisting the interview "was not soft at all!" He also posted "I like Michael Douglas!" in praise of one of the other guests on Kelly's hour-long special.
Associated Press 2016