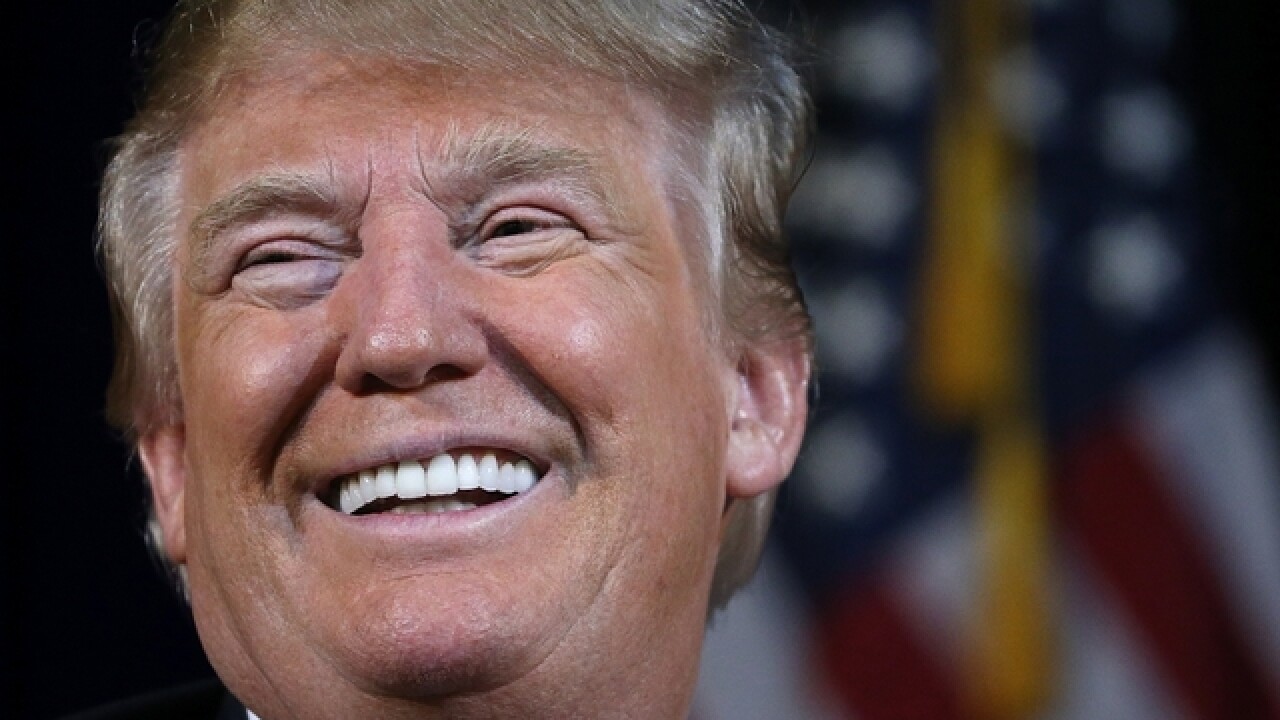 Trump entered the final phase of his high-profile search for a running mate earlier on Wednesday, arranging last-minute meetings with his finalists and family members as his staff prepares for a Friday announcement.

Trump, his adult children and key staffers huddled with one of the prospects.

He began the day with breakfast at the residence of one, Indiana Gov. Mike Pence, Wednesday morning, a day after the pair campaigned together in the state. They were joined by Trump's three adult children, along with his son-and-law and campaign chair Paul Manafort, who were seen leaving the residence.

Hours later, Newt Gingrich, another finalist, was seen with Trump's entourage at a downtown Indianapolis hotel. Alabama Sen. Jeff Sessions, who has been advising Trump, was spotted arriving at the same hotel not long after Gingrich left.

Trump's family, including Ivanka Trump and her husband Jared Kushner, also met privately with New Jersey Gov. Chris Christie Tuesday. The meeting was confirmed by a source with direct knowledge of the meeting, but was not authorized to discuss it publicly.

The meetings have been designed to let Trump's family get to know the candidates better before the presumptive nominee formalizes his decision.

Trump had originally planned to fly back from Indiana with Pence following a rally Tuesday night, but his plane was grounded by mechanical issues, so Trump's kids flew to join them in Indiana, another person familiar with his movements but not authorized to discuss them said.

"It was a late plan," Pence told reporters later Wednesday. "I was hauling dishes from the cupboard at midnight. (His wife) Karen laid out a nice spread."

Indiana is a state with particular significance for the presumptive GOP nominee: It's where he effectively locked up the GOP nomination with a commanding primary win that drove former rival Ted Cruz from the race.

Pence, Chris Christie and Gingrich were said to be the final contenders for vice presidential candidate on the Republican ticket less than a week before the GOP meets in Cleveland for the formal nomination. That's according to a person familiar with Trump's thinking, who spoke on condition of anonymity because the person was not authorized to discuss the vetting process. Trump said in a Tuesday interview with The Wall Street Journal that Sessions, Trump's top Senate advocate, is also still in the mix.

Pence is a steady, staunch conservative who would help calm nervous Republican wary of Trump's impulsive style. Gingrich is a boisterous rabble-rouser who has spent decades in Washington, including as House speaker. Christie, a one-time rival, has become one of Trump's most trusted advisers.

Trump has spent weeks consulting with friends and family as he weighs the most important decision of his campaign to date. He's also brought his finalists on tour, having them opening for him at speeches and rallies to test their receptions before his crowds.

"It's a little bit like 'The Apprentice,'" Gingrich, the former House Speaker, said in a Tuesday interview with Fox News Channel. "You find out sooner or later who the last one standing is."

Trump appeared reluctant to commit on Wednesday. "I'm narrowing it down. I mean I'm at three, potentially four. But in my own mind, I probably am thinking about two," he told Fox News Channel's Bret Baier.

Trump told The Wall Street Journal on Tuesday he is looking for a "fighter skilled in hand-to-hand combat" as his second-in-command, but hadn't seen enough of Pence to measure his fight.

While Trump kept his cards close, he spoke playfully of Pence at the rally: "I don't know whether he's going to be your governor or your vice president."

Pence told reporters Wednesday he was "honored by the attention" and the "opportunity to get to know this good man and his family."

"There's a number of other and noteworthy Americans that they're considering and I'm just honored to be on that list," he said.

Pence and Gingrich would be welcome picks among anxious Republican officials already gathering in Cleveland for next week's convention. Their governing experience and popularity among the party's conservative base would mark a sharp contrast to Trump, whose brand of politics has alienated hard-line conservatives and establishment Republicans alike.

Trump's team has been building hype for the decision, including in a text message to supporters that urged recipients to sign up to receive an early notification of the choice. Fox News Channel added to the speculation Tuesday when it said it had suspended its contributor agreement with Gingrich "due to the intense media speculation" about his potential to join Trump's ticket.

Less than an hour later, Gingrich appeared on the network and suggested Trump's decision was imminent.

"My guess is you're going to hear either tomorrow or Thursday," Gingrich said.