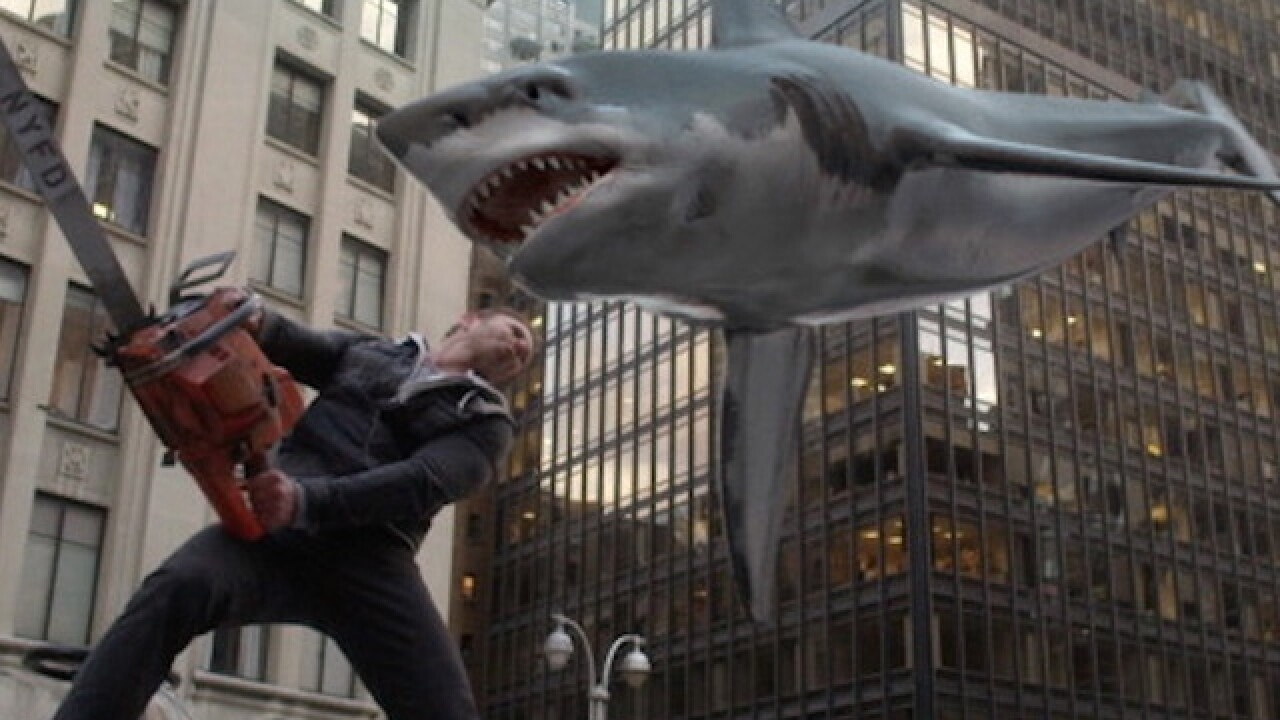 "Sharknado: The 4th Awakens" premieres on the SyFy Network Sunday evening as the fourth installment of the Sharknado series that at this point, seems immortal.

The series that will not die stars Tara Reid, David Hasselhoff and Ian Ziering whose characters try to avoid getting slayed by killer sharks wrapped up in a tornado.

Here are 10 celebrities you should look for during Sunday's debut of Sharknado 4.

The man who lives and breathes Las Vegas is no stranger to making cameos in movies filmed in Las Vegas. Wayne Newton's movie credits include "The Hangover" and "Vegas Vacation." Newton has been a mainstay in Vegas for four decades, and should be easily recognized Sunday.

David Faustino was once one of America's most popular teenage actors, but has struggled to land a hit role since retiring the role of Bud Bundy in the raunchy sitcom "Married with Children." Faustino played the son of down-on-his-luck shoe salesman Al Bundy. While the rest of his "Married with Children" family have since landed big roles, Faustino is slated to play a Las Vegas gambler in Sharknado 4.

Comedian Carrot Top will easily be recognized with his bushy, curly hair in Sharknado 4 as he plays an Uber driver. Carrot Top has not been in an American movie in nearly a decade, but he has been on a number of cable television programs. Can Carrot Top use his hair to stop the sharks? We'll see.

Stacey Dash from "Clueless" fame is slated to play the mayor of Chicago in this year's installment of Sharknado. She is not the first celeb to play a politician during the Sharknado series. In Sharknado 3, Mark Cuban played the president, Robert Klein played the mayor of New York and congresswoman Michelle Bachmann played herself. Dash has been better known in recent years for her strong political stances rather than her acting.

From the Shark Tank to Sharknado, the duo known for making business deals on the ABC program "Shark Tank" are set to make their movie debuts. Greiner will play a role she is comfortable in: A home shopping host. Herjavec will play a scientist.

The man with that annoying voice is taking a break from voice acting to appear on screen as a "Today Show" correspondent. He will join Al Roker and Savannah Guthrie who will be covering the latest Sharknado. Guthrie and Roker both appeared in Sharknado 3, along with Matt Lauer. Unlike many of the other celebrities, Gottfried is appearing in a number of films in 2016.

Fans of late night TV will be happy to see Paul Shaffer, the former band leader of the CBS Orchestra, which served as the house band for the "Late Show with David Letterman." Since Letterman's retirement, Shaffer's only credit came late last year for the Netflix special "A Very Murray Christmas."

WWE heavyweight Seth Rollins is making his film debut playing AstroTech Lopez, which is said to be a play on his birth name Colby Lopez. Given Rollins' profession, it is safe to say Rollins will be wrestling a few sharks during this movie.

Dr. Drew Pinsky is best known for giving advice, which is why him playing a pastor seems like good casting by Sharknado directors. Pinsky currently hosts "Dr. Drew On Call" and "Sex Rehab with Dr. Drew."