'To infinity and beyond': Missing Buzz Lightyear goes on 'airport mission' before returning home

Thanks to a ramp agent with Southwest Airlines, a young boy has been reunited with his best buddy and everyone’s favorite space ranger, Buzz Lightyear.

The adventure started when Hagen and his family landed in Dallas recently, according to a social media post from the airline. After driving away from the airport, they realized their son, Hagen’s, Buzz Lightyear toy was left onboard.

Unfortunately, the plane, and Buzz, were already off to their next destination.

But Hagen and Buzz were meant to be together, and when the plane ended its day in Little Rock, Arkansas, a ramp agent named Jason found the toy. 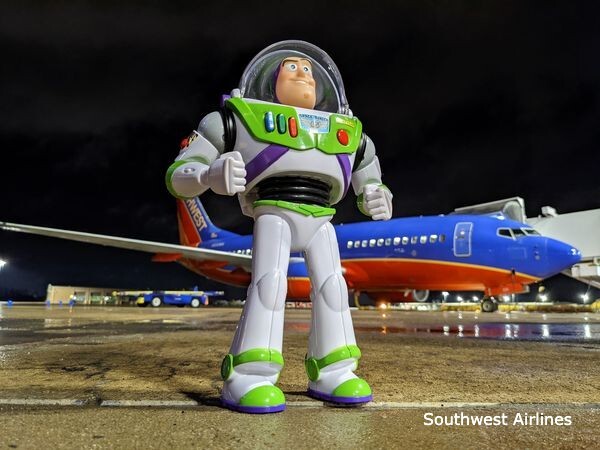 Jason realized someone must be missing Buzz, and checked his boots for a name - Hagen.

There was only Hagen who had flown that day.

Jason hatched a plan that got Buzz home to Hagen after completing a mission at Southwest Airlines, with pictures.

“There’s definitely not enough good in this world, and for someone to take the time out of their day to do that for strangers means the world to us," Ashley, Hagen’s mom, told Southwest.

Video shared in the comments of the post show Hagen’s reaction when he opened the special delivery.

Hagen was a little hesitant, until checking Buzz’s boot and finding his name. “It’s mine!”