The Vietnam War ended in 1975. Some veterans are just now receiving compensation due to Agent Orange 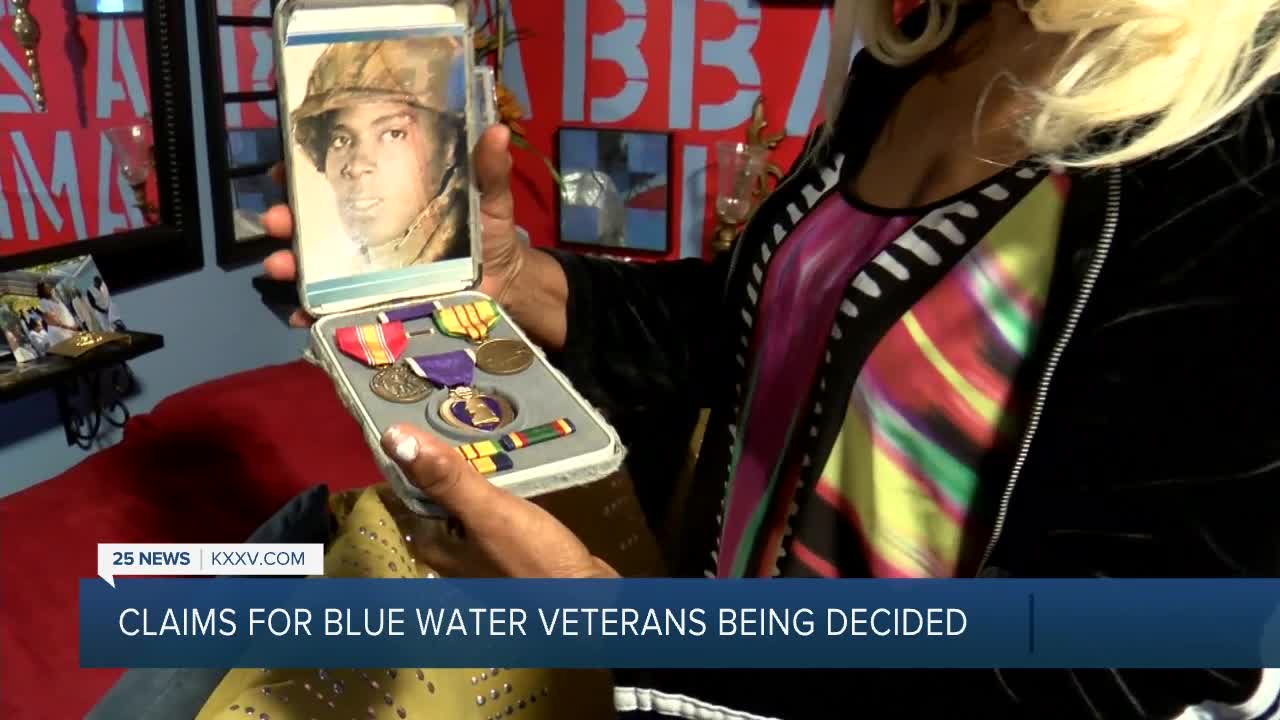 Almost 45 years after the end of Vietnam War, some Veterans are just now receiving compensation due to Agent Orange

Starting January 1, the U.S. Department of Veterans Affairs will begin deciding claims for Blue Water Navy veterans that were exposed to a toxic chemical known as Agent Orange.

Shirley Sims lost her husband to cancer caused by Agent Orange and says her family has received a lot of help from the VA over the years.

Now, she's happy other families will be able to receive the compensation they deserve.

"My husband was the kind of person who kept things to himself, he didn't want to hurt the family," says Shirley Sims, the widow of U.S. Marine and Vietnam veteran Louis Sims.

During his service, he was exposed to an herbicide known as Agent Orange, a chemical that was used to destroy vegetation in Vietnam.

The chemical has been known to cause multiple diseases.

According to research by the VA, 20 million gallons of Agent Orange was sprayed during the Vietnam War, and about 2.7 million U.S. military personnel may have been exposed.

"As a young man he went over there to fight for his country ... he never really talked about Agent Orange like that," says Louis Sims Jr., Louis and Shirley's son. "He knew about it. He didn't know it had affected him like that."

Louis Sims Sr. passed away four years ago from bone cancer due to his exposure to Agent Orange.

The Sims family has been able to receive VA benefits because Louis Sr.'s cancer qualified as a disease that was associated with Agent Orange.

Other families will also receive the much needed compensation as of January 1.

Signed into law June 25, the law specifically affects Blue Water Navy veterans who served no more than 12 nautical miles off shore of the Republic of Vietnam between Jan. 6, 1962 and May 7, 1975, as well as veterans who served in the Korean Demilitarized Zone between Jan. 1, 1967 and Aug. 31, 1971. These veterans can now apply for disability compensation and other benefits if they have since developed one of 14 conditions that are presumed to be related to exposure to herbicides. Veterans do not need to prove that they were exposed to herbicides.

"Cause they need that, it makes me feel good. Finally somebody is answering somebody's prayer," Louis Jr. says.

Those veterans can now apply for disability compensation and other benefits if they have developed conditions associated with exposure to Agent Orange.

"Like I said, they laid down their life for us ... they're entitled to that," Shirley says.

The Sims family wants other Vietnam veterans to get screened to see if they too are suffering from the deadly effects of Agent Orange.

"Decades I guess, it's been a long long time, they need that," Louis Jr. says.

To find out if you're one of the Blue Water Navy veterans or if you have any questions about benefits or filing a claim, click here.

This story was originally published by Joel Lopez on KXXV.