The oldest Pearl Harbor survivor has died at 106 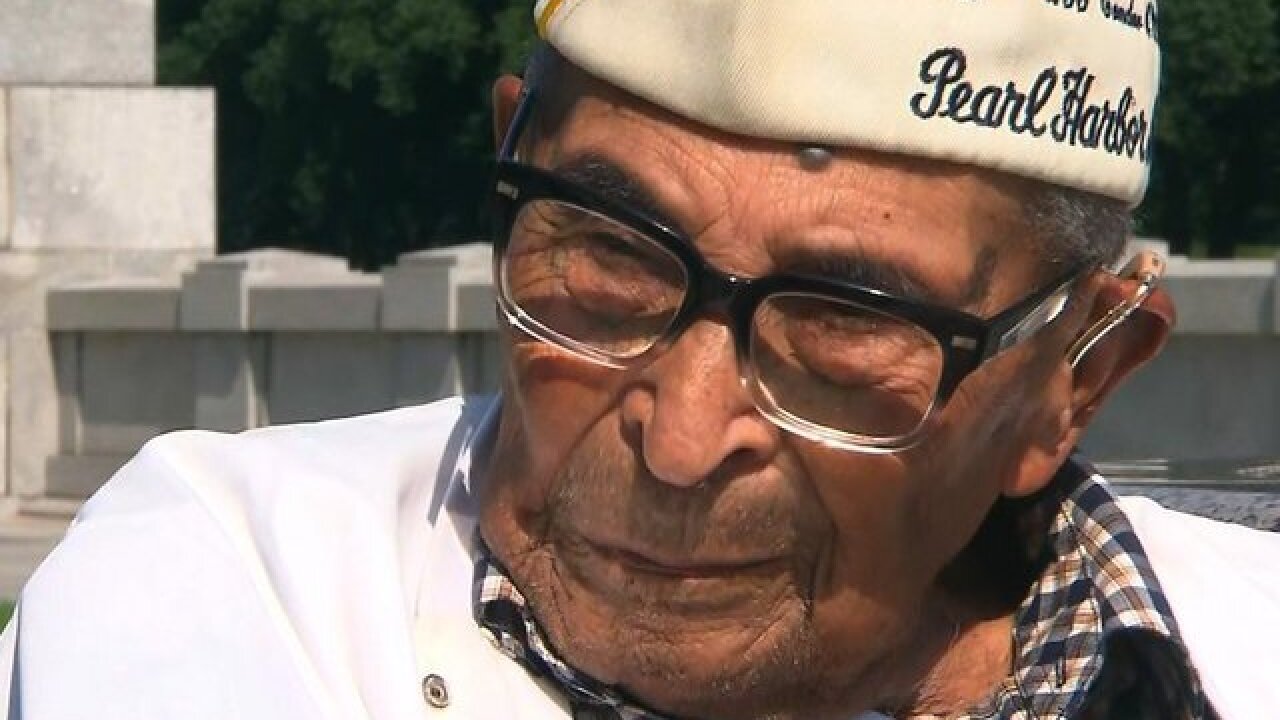 Ray Chavez, the nation's oldest survivor of the attack on Pearl Harbor, has died, the White House says. He was 106.

Chavez was a quartermaster stationed in Pearl Harbor at the time of the Japanese attack on Hawaii that launched America's entry into World War II in 1941.

He lived in Poway, California, with his family but gained prominence in recent years as he traveled around the country, attending memorial services and commemorations. Earlier this year, he met with President Donald Trump in the Oval Office ahead of Memorial Day.

"Ray was honored to have served his country and to fight among heroes and loved meeting his fellow comrades," his family said in a statement. "He cherished his time going to talk to the kids at schools because he doesn't want them to forget Pearl Harbor."

As his health declined in recent months, he wished to be buried at the Miramar National Cemetery, the San Diego Union-Tribune reported.

He saw ships on fire and smoke all around

In an interview with CNN in May, Chavez reflected on his service, and recounted his experience on the day that President Franklin D. Roosevelt declared would "live in infamy."

Chavez was born in San Bernardino, California, and grew up in San Diego. He joined the Navy encouraged by his wife.

"I was married at that time, and my wife encouraged me because she liked the Navy, and was more or less a Navy wife, and she wanted me to join. And then at the end of the war, she wanted me to stay in the Navy, but I had too much war already, and I got out," he told CNN in May.

The morning of December 7, Chavez had been assigned to a minesweeper, the Condor, that, while on patrol detected a Japanese submarine in nearby restricted waters before returning to the harbor.

"I had told (my wife), I didn't want to be awakened because I had been (out) all night, and I was very tired, and I wanted to get some sleep," Chavez said. "After she saw the beginning of the war, she went and called me, and I couldn't believe what she was telling me. And after her pleading with me to get up, let's see. I finally broke down, and went up, and sure enough, she was right."

"And so, (there were) all the ships on fire, and a terrible smoke screen all through the harbor, covering it, and ships, all the adjoining area," he recalled.

After the attack, Chavez served on the transport ship La Salle that brought soldiers to several island battles throughout the Pacific, including Okinawa and Guadalcanal.

When asked how often he thought about that day and his military service, Chavez told CNN, "Every day. And not hysterical or mean thoughts about it -- it was great. But it never goes away. All of what you see and learned."

For Chavez, the most important lesson he learned from his service was "discipline," as well as the enjoyment he gained from the company of his fellow sailors.

"It's quite a pleasure to meet new people and enjoy their company, and that's what happened to me," he said.